This character belongs to Ckohrs0221

Abigail Caitlin was born and raised an only child in a small, quiet Wizarding village in Ireland. She led a very simple lifestyle, with both her parents earning modest means. Her parents tried to give her all they could, but sometimes there just wasn't enough. This never really disappointed her, per se, but she couldn't help feeling a litle jealous of her school mates in Hogwarts sometimes when they would receive lavish things. She knew it wasn't their fault-- this is what everyone was born into, so it never caused her to be nasty. She was just jealous from afar.

Her time at Hogwarts was treasured. She made a few very close friends, and loved the place. She tried playing Quidditch her 3rd year-- she was a Chaser-- but it didn't work out too well for her, and she didn't return. She found a love for Charms, and History, and was seen in the Library quite often. When her time at Hogwarts was over, she returned to live with her parents for a few years, helping them out while she found part-time work at shops around their village. But she felt that she was destined for more-- living cooped up with modest means wasn't where she wanted to remain her whole life. So she applied and was accepted to teach at Hogwarts. Her first year teaching, she taught History of Magic for just the younger students, and took on the whole class her second year.

Her third year teaching brought some delightful new challenges. She'd now be teaching Charms, a subject she also enjoyed, as well as taking on the title of Head of Ravenclaw House.

Abigail definitely has a wanderlust to her. She is very curious, wants to learn, and explore the world that has been given to her. Her modest means for much of her life made that nearly impossible. She's sweet, and loves to help people, but sometimes her jealousy can get in the way. She's a little shy at first, but opens up fairly quickly, and is steadfastly loyal to those who she calls friend. 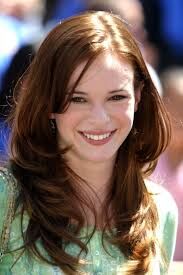 Abigail has thick wavy brown hair, and brown eyes that appear soft, but usually long for more-- there's a lot of passion there. She's of slightly shorter stature. Abigail smiles easy, but there's sometimes an air of mystery to her-- she hasn't quite landed yet, and she's not sure that she wants to. Her face claim is Danielle Panabaker.

* Her Myers-Briggs letters are ENTP

Community content is available under CC-BY-SA unless otherwise noted.