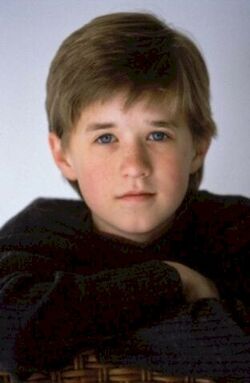 Ace Corbin Macbeth is a 4th year Slytherin student at Hogwarts School of Witchcraft and Wizardry.

Ace was born incurably blind. He is the only child of two Slytherin parents. His mother works in the Death Chamber of the Department of Mysteries, so she is rarely around. His father is unemployed, preferring to take advantage of his wife's money to hire prostitutes. Ace has been aware of this since he was very young.

His neighborhood was one of mainly pureblood families. He showed signs of magic later than most, and combined with his blindness, he was a main target of bullying. As Ace himself was unable to use magic to help him get around, his parents bought him a German Shepard guide dog, Chase. Chase is protective of Ace, but is well-behaved when he has to be, unless Ace is in physical danger. Ace considers Chase his only friend.

Ace is a sneaky child who uses his blindness to his advantage. He'll get first in line almost anywhere and lots of free food for him and his guide dog. He uses his amazing hearing to listen in on conversations and makes good use of the information. He's quite smart but doesn't apply himself in his studies unless they're fun. Ace says "Yes, sir" or "Yes, ma'am" to anyone older than him, and is very polite and well-mannered. His soft spot is for his dog, Chase. He only uses compassion when it suits him, and cruelty when it's called for. He can't judge others based on appearances; he decides his first impression of someone by the sound of his or her voice. The words he uses to insult others are quite colorful for his age.

Retrieved from "https://dumbledoresarmyroleplay.fandom.com/wiki/Ace_Macbeth?oldid=963421"
Community content is available under CC-BY-SA unless otherwise noted.