Admiranda "Miranda" Fairchild is a Mixed Blood witch. She is the only daughter of Avery Charles Fairchild and Claennis Rowle. Miranda was raised by her father Avery, her mother Claennis died unexpectedly, while she was still a very young girl. 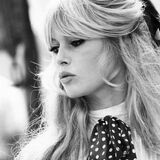 It became common knowledge amongst a small group of Avery's most trusted accomplices that Claennis was hunted down. She had been murdered, very gruesomely for being a blood impostor, a Half-Veela witch. Rumors spread quickly that she had Veela blood. Although it was something that she herself was not aware of, and could not willingly admit to, She was killed. Avery worked tirelessly to hide his daughter, and the fact that she was a child of 'the Veela' Claennis.

She was educated at Durmstrang Institute due to her grandfather father sending Avery there at her age. Miranda was at first nervous but quickly grew to love her new home. Always very focused, She excels at Charms with some minor skill in Potions and Transfiguration as well. She thinks fondly back on her time there as the best time of her life, She remains beautiful and mysterious underneath an air of gentle kindness. However deep in her eyes lies that cunning, malevolent, hereditary dark side. Coming from a family with a taste for any and all things dark.

Generation after generation of her both sides of the family are former Knights of Walpurgis, deceased Death Eaters - Allies and Defectors, and disowned Snatchers. Miranda is not one who will become defined by a label, even if it were Dark Witch. She wants to be better than that, better as in more evil or good still begs to be seen. Very much a neutral player in the game, she does not and will not chose a side. She believes that by staying uninvolved, she cannot and will not be feel the waves of chaos.

Miranda has always been disgustingly possessive of what is hers. Her playthings, and her "friends". She had many, many suitors, and close "girlfriends" she frequently romped with. When one left her in favor of someone else they were typically never seen or heard from again, and if they did happen to 'pop' up again they never did seem quite the same. A skilled Potioneer Miranda 'poisoned' her former friends, and trapped them between glass, and ornately decorated frames. As living pictures they would never leave her, and she could admire them forever. Her attempts often fell through, and her victims escaped leaving only barren landscapes in their place. It was her father who ruined her collection, and she vowed to ruin his life. She had not meant to make such a threat, or spew such venom. Consumed by the fury of betrayal, and loss she had never premeditated a response. Naturally, she reacted unfavorably.

Miranda found work in Wales after leaving her beloved Durmstrang. With her idea of what provides a distraction, inspired by her father's bad decisions, she unintentionally began pushing away the only 'friends' (acquaintance is the appropriate term, Miranda finds it unpleasant) she has found amusing. She has removed herself, and her skills from the family business, becoming a photographer for the Daily Prophet temporarily before securing work as a Durmstrang Institute Counselor. She has since relocated from the home she shared with her father the majority of her life, and Briony to a very small apartment in a location her nemesis would never set foot.

Claennis Rowle and Avery Fairchild were very similar people, given he was a Pure-Blood wizard from a long line of Dark Wizards, and she was a (part-Veela) Witch with deep family ties to the Dark Arts. No one would have ever known that the two were so alike unless Claennis wanted it that way. She was a very loyal woman, she did anything and everything for Avery, much like her did for her. They greatly complimented each other and were the very best opposition when it was needed. There was no one that would challenge her like he did, and no one that could better keep him under control than she did. A love like Claennis and Avery had only comes around once in a lifetime, if your lucky.

Claennis is Admiranda's deceased mother, she was a killed a short time after her daughter was born because of (true) rumors that she had Veela blood. She was murdered very gruesomely most likely as an example to any other blood imposters. The killers bragged to such an extant that word got back to Avery. He may have chosen quite hastily, to "deal" with them in an unequivocal way before leaving with his daughter.

Avery is the former husband of the late Claennis, and father to their only daughter Admiranda. After the death of his wife, Avery's relationship with his daughter changed. He was more often than not the cold man he never really wanted her to see. A very stern tyrant, he was not completely cold to his daughter. He would often show her that he could not always be the sweet man that only her mother knew.

"I found this in my room, Is this Briony's wedding band or something? Are you attempting to gain my approval now?! I was pretty sure we both knew it was too late for that." - Miranda

"You have grown up so fast Miranda, and I really thought I would have so much more time. That is a gift for you, your mother would have wanted you to have it. It is her wedding ring." - Avery

Miranda is sneaky, all of her devious thoughts and actions are masked by a veil of sweetness. As all females are, she is beautiful in her own way and she works very hard to give off the first impression of being one who is above all things - an innocent, trustworthy and approachable woman. She, like an animal hunting its prey waits to better determine the intent or desire of others in regard to her own. After such time her true colors are more obvious. She is less kind and more bold, instead of sugar coating things considered offensive she will say them, very blatantly.

A Blackthorn wand is very near family tradition, Avery still owns a wand of the same wood and so did his father, and his father before him. Miranda quickly bonded with her wand due to her personality and her time at Durmstrang. She is Ambidextrous, and favors her Left hand.

Miranda inherited her mother Claeniss' wedding ring after her death. Her mother and father would have given it to her or to the man they believed was right for her. Since that chance was stolen from them, Avery gave it to Miranda directly.

Miranda is a photographer, her choice above all other is candid photographs. She specializes in both magical photographs and portraiture. She also captures and sells regular old Muggle photos as well. She has made her fair share of money in doing so, credited as A.C.F., coincidentally her father's initials.

Sight, and imagery has always been important to her. She cannot remember descriptive details of her mother, but she can remember how the smell of her hair, and the sound of her voice makes her feel. Miranda tries to capture feelings in her pictures, she has been trying to compile a collection that displays the uniqueness of each one.

There was something about the coursework or possibly even just the simple understanding of the spells. Miranda is most skilled in her Charms work. She is easily capable of a fully corporeal patronus in the form of an elephant, and she is very fond of the Fidelius Charm, Repello Inimicum and Memory Charms.

Roses, Moly, Nettles, Aconite, Gillyweed, Scurvy grass, Moondew, Lovage, Bubotuber, Dandelion, Mandrake, and she has also taken to Plums, as only a few of the plants she chooses to grow for herself. She has a bit of a green thumb, and does enjoy a little gardening when the mood strikes. Being as skilled in Herbology as she is, she mostly works with plants that can be used in alcoholic beverages.

Being from a family who looked upon the knowledge and the use of Dark Magic as an absolute necessity in life. All of her family members were taught the Unforgivable Curses before anything else. Miranda knows these curses and will use them mercilessly. She is highly skilled with a variety of Jinxes, Curses, and Hexes.

Briony Patrice McGruder is or was Miranda's very best friend, turned arch nemesis and future Mother-in-law. They spent an exorbitant amount of time together and were very nearly inseparable until a falling out years before Miranda's father Avery and Briony announced their engagement. Yes, Briony is the same age as Miranda and no, no one in either family agrees with the relationship.

"Stop being so childish and just get over it already, you couldn't be the only woman in his life forever. You always wanted us to be sisters, a Mother and Daughter are much closer." - Briony

"You have no idea how lucky you are right now, my father will be in this room in the next two seconds. If not, I would destroy you and everyone who questioned your pathetic existence." - Miranda

Luc or Aesar, (her choice of moniker) First came into contact with Miranda during her time working as a Counselor at her alma mater Durmstrang. Despite his being a LeClerc, and the Highmaster he gets the same dash of honesty mixed with sassy sweetness that anyone else would. Aboard the old ship bound for Hogwarts the living flame that resides on his person shown it's light.

"Since I became Highmaster via a dead man's shoes, which I made so myself, I think the only certainty is that I'm a man who drifted out of the dunes fused to a phoenix. The rest is - conjecture." - Aesar

"What a colorful weaving of words. I do very much appreciate your candor. If 'Luc D'Esprit LeClerc' is only suitable at inconsistent intervals. Who may I ask is the alternate?" - Miranda

Draco or Castle, (his choice of moniker) Was fortunate enough to encounter Miranda at Florean's. She decided to play the "Good Samaritan" and made sure he remained safe from accidental self-harm, at what could be considered a low point during the time. She was fairly certain he would never remember the first impression, and let his imagination get the best of him.

"Of course! You're a mirage, that's why I'm labelling you Miranda. You're a fig- fig- figgy pudding of my imagination, that's all. As soon as I drop off, you'll just drift away. . . ." - Castle

"Precisely Castle, I am a figgy pudding of your imagination and once you drift off to sleep I will be nothing but a forgotten haze." - Miranda

Retrieved from "https://dumbledoresarmyroleplay.fandom.com/wiki/Admiranda_Fairchild?oldid=964142"
Community content is available under CC-BY-SA unless otherwise noted.