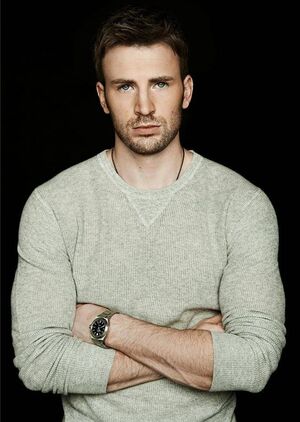 ⋇⋆✦⋆⋇
There is a light in the dark and I feel its warmth in my hands and in my heart, but why can't I hold on?

Loyal and loving, Alec is fiercely protective of the people close to him, especially his sisters. As the eldest child, he developed a keen sense of responsibility at a young age — something that he extends not just to his siblings, but to other people he care about as well. He is a natural born leader who knows his way around his peers, and he has great observation skills, which essentially entails that he's good at reading people and their emotions. Or so he thinks he is. Despite everything, this does not apply to those he has a deep connection to — in a romantic sense — because he's actually quite the piner, and oblivious as well. Which is obviously not a good combination, and as a trope, often leads to angst and broken hearts.

Out in the field, Alec is brave and fierce. His job as a hitwizard basically demands it, and so he has learned how to remain composed, but headstrong. Confident, but not an "underestimater". He is quick on his feet and very adaptable. He's quite the tactician as well, often strategizing and thinking of different scenarios before engaging on a mission. His work life is actually better compared to most because of his connection with his co-hitwizards. He always makes it a point to develop good friendship and camaraderie with the people around him, especially workmates. The set-up of Happy House also helped with this, alleviating the troubles that some might encounter when trying to build a rapport with strangers.

Outside of work, Alec can be described as sweet and loving. Whenever he's out at a shop, or a restaurant, he'd always buy something he know his sisters, or the other people at the Happy House would like, and bring it home. Food, mostly, but he's given gifts and other things before, as well. That's Alec's way of being selfless, and he has always been like that since the beginning of time. He has no plans of changing anytime soon.

⋇⋆✦⋆⋇
Moments of magic and wonder, it seems so hard to find.

Benjamin Warner was once the golden boy of the Canadian wizarding world. The son of a high ranking ministry worker, he was viewed as a potential minister. It didn't help that he had the right temperament and could charm anyone he laid eyes on. By the time he was graduating from Ilvermorny, Benjamin was someone who had a grand future ahead of him. A future of power and glory, if he so put his mind to it. People loved him, even when he was trying to push them away. The type of person that could win someone over with a smile. There was just one problem, though. Benjamin hated his life. He found the magical world tiring and consuming with his own life having little purpose and felt that he was too...boxed in. That so many people had built his path for him that he had no control over his own life. So he left. He left it all behind the moment he graduated. Benjamin didn't bother returning to his mansion in Magical Toronto. Instead, he travelled through America, living the muggle life that his family scorned. Eventually, when he was nineteen, he joined the RCAF. The Royal Canadian Air force. It was something he chose to do with his own life and that was enough to make him happier than anyone else in the entire world.

It took him another two years to meet Claire. Claire everything that he ran away from. Kind of. That was a bit of an exaggeration but Benjamin found it ironic that he ended up with a politician. The very career he realised he would never be able to stomach himself. Claire was a prominent figure in the Liberal party, though sometimes referred to as Canada's natural governing party, and was a figurehead, working closely, albeit more behind the scenes, with the leaders of the time. Even though she was rather young, Claire had been promoted through the party the moment she graduated from university. Claire was a firm believer in equality for all and rallied for many important legislations to help secure a happier future for everyone. They met at some event where the military was invited. Benjamin had made a small name for himself in the RCAF so he was invited to come along by one of his leading officers. Seeing him dressed in his formal uniform, Claire once joked that it was love at first sight. It was a matrimony that took both of them by surprise. Claire had never really been a huge fan of the military and advocated for peace and diplomacy in parliament rather than the use of the military and force. Yet, with one conversation, Benjamin had won her over like so many had before her. They spent the night dancing in the gazebo away from the crowds. Claire insisted he give her his number at the end of it.

Both had busy schedules but this turned out to be a blessing for the both of them. Neither expected the other to be around them 24/7. So they were able to make it work without expecting too much from one another. They saw each other whenever they could. By the time they were nearing their mid thirties, Benjamin decided to pop the question. He saw his future with her and couldn't imagine losing her. Two years later, they had their first child. Alecander Warner. A healthy boy that they both loved and adored. In the next year, they had twins. They didn't realise it was twins until the birth, though, and had only been planning for the eldest daughter, Alexandra. But Autumn was a pleasant surprise nonetheless. Benjamin, falling in love with his three babies, decided to quit the RCAF and become a house husband. He didn't want to spend time away from them. So whilst Claire was changing the world in politics, Benjamin had his hands full with nappies and baby food. When the twins were four years old, the parents decided to open up their household. Become a foster family for other children. Not only would it boost Claire's image career wise but it would make sure their children are exposed to a wide array of people, not just the rich kids from the other families. Throughout their childhood, their home was a refuge for many underprivileged muggles. Alec, Alexis and Autumn saw them come and go. One or two stayed for a few years before being adopted but most only stayed for a month or so. Some their age, some teenagers, some babies. Some were volatile, bullies. Some were quiet and shy. Some refused to utter a word. By this time, Benjamin had confessed to Claire about the wizarding world and that their children might have inherited the magical gene themselves. Being so high up in the Canadian government, Claire had a good impression that there was something else out there that the Prime Minister was keeping silent. With the knowledge of the wizarding world, everything made sense and Claire easily accepted it. Her children might be a part of that community so she had to accept it. The alternative, rejecting her own children, would have broken Claire's heart.

True to Benjamin's words, Alec started exhibiting signs of magic at the tender age of 9. He was eating cereal for breakfast with some of the foster kids, and he was so mad at one of them cause they were bullying his sisters. So, he imagined the bully's face getting dunked into the bowl, and it happened. The milk splattered everywhere, and Alec panicked. He ran to his father who explained everything to him. He breathed a sigh of relief, afterwards.

A few years passed and Alec finally got his letter from Ilvermorny. He was elated, of course, however, he received the same one from Hogwarts School over at the UK just a few days later. He was torn and couldn't make a decision for a while, but being the inquisitive and curious person he is, he decided to go to the latter and cross the Atlantic Ocean. It proved to be a good decision, in the long run. Alec was sorted to Slytherin and he finished his magical education with flying colors. He was active too, and had loaded extracurriculars that ranged from Quidditch, to the Duelling Club, being a Prefect, and more. His favorite classes were Transfiguration and Defense Against the Dark Arts, the latter moreso, which also developed his interest into becoming an Auror. He went back to Canada for a while to be with his family, and pursue a job there. He became an Auror for the Canadian Ministry for a while before deciding to return to the United Kingdom and restart his career there. He left his motherland with his sisters and they all moved to Great Britain, starting a home called the Happy House. He also got a job at the Department of Magical Law Enforcement of the British Ministry, but instead of being an auror, he became a Hit Wizard instead, which entailed dealing with Dark Wizards and becoming well-versed in combat as a specialisation.

Retrieved from "https://dumbledoresarmyroleplay.fandom.com/wiki/Alecander_Warner?oldid=1048352"
Community content is available under CC-BY-SA unless otherwise noted.