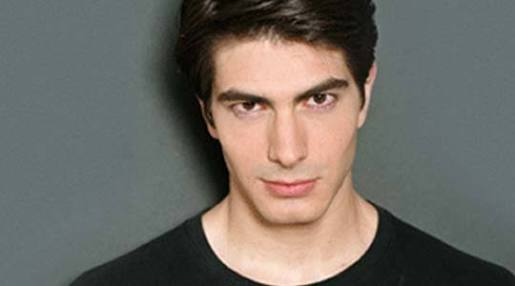 History: Alex Summers may have been born in South Africa but he didn't stay there long. Living in Stellenbosch with his parents for 2 years as a requirement of Zane's occupation. His father was one of world's leading experts in Magizoology, specializing in Dragons. His work required him to travel around the world. Normally he chose to take his family with him. Zane tried to plan for his family to be in England when Alex turned 11, so he and his wife would be able to enroll their son into Hogwarts. They made this decision easily, Hogwarts was a wizarding school they heard everything good about. The prestigious school was known for teaching some of the best wizards and witches ever known.

While Zane moved all around the world with his family, his son Alex had taken up surfing. He began collecting quite a few skateboards, as they fit with his surfer attitude.

Alex's whole life changed one weekend in Hogsmeade. Spending most of the afternoon with his best friends, Alex saw a girl coming out of the Three Broomsticks that he thought was the most beautiful person in the world. Ditching his friends, Alex followed the beautiful girl around the small village for the rest of the day. What Alex didn't think about as he started following the beautiful girl was what he would possibly say to her if he did have the opportunity to talk to her. Alex got so wrapped up in his thoughts he didn't watch where he was going and ran into the girl he was following, knocking her and him as well down to the ground.

The beautiful girl Alex liked told the rather large friend, who's name was Sobek, to drop Alex. Then she asked what his name was. After a only a few minutes of talking to the beautiful girl, who Alex learned was known as Billie (her real name he would later learn was Maria Motsepe) and that she came from the same place he was born, South Africa. Alex began to get the feeling that Billie liked him, and the day before she left for South Africa, he asked if they could stay in contact. She agreed to owl him every chance she got.

They stayed in contact through owls up until their last year in school, when Alex moved back to South Africa, and became a classmate of the beautiful girl he now knew was named Maria, and not Billie. Alex and Maria finally began a romantic relationship. After going out with each other on one date they quickly realized how madly in love they were. The spent the majority of their final year in school together roaming the Mountains of the Moon finding empty classrooms and corridors where they either kissed or talked, or both.

Once finishing school, Alex and Maria were married. They made attempts at starting up a sanctuary for magical creatures and muggle creatures alike around their new home by the anicent forest Maria grew up by. Having been experienced as Magizoologists; breeders, and keepers long since graduation. They were known in the field for successfully breeding a few pairs of Occamys, including the Occamy Maria raised when she was a girl, and Erumpents, as well as a few other species of magical creatures. They specifically chose animals that were few in number, and those that could withstand the South African heat. Not having Nundu and dragons though mainly because Maria and Alex thought they wood be to dangerous for them to start a family near by.

They had their first child in England, because Alex and Maria were there for special visit to Alex's parent, during the celebration of the Madeline and Zane Summers' wedding anniversary. Madeline and Zane moved back to England because the use of Zane's skills as a Dragonologist were greatly needed in the UK. Once having their first child, Alex and Maria, newly made parents went back to their home in South Africa, choosing to make Billie's two friends from school their child and if they had one more child's godparents, Sobek for their first born and the other girl that was with Billie when Alex met her, Rashida, for their second born.

Their first child, Peter, was born a few weeks premature so Alex spent most of Peter's waking hours with him to make sure he was alright, giving Maria a break because they both wanted a second child. Their second child was born in the exact same place Billie was born. Alex and Billie had been told that their new child was going to be a girl, so they set everything out for having a girl, picking out a name (Taliha) and getting clothes for a baby girl. Alex, not completely believing the healers that they were going to have a girl because before he was born, his parents thought he was going to be a girl, sticking with the name Alex because it could be used for both genders, so he put some of Peter's baby things that he didn't need or fit into anymore into storage. Alex was right about their second and last child, that it was going to be a boy instead of a girl. Not having boy names for their new child, Alex let Billie pick out the name, naming him Jarryd.

Alex planned to teach Jarryd to ride a skateboard when he got older but never got the chance to because Jarryd taught himself and made his own board, which Alex was very surprised at actually because he never taught Jarryd how to make things like that.

Peter and Jarryd used to spend the odd day with their maternal grandparents, Billie's mother and father Miriam and Anthonij, from the ages of 6 to 10. Every chance they go to go over to one of the Occamy nests, and touch one of the eggs while the Occamy that owned the nest was somewhere else, they took. On a day during which the giant two-legged serpentine-bodied creature happened to be injured, needing treatment. Jarryd went up to the nest, and he tried to touch one of the eggs. Jarryd accepted the dare from his brother only to find another Occamy that seemed to be trying to hurt him, even though most of the Occamy being use to the Summers family going close to them. This possible attack was witnessed by their father, luckily. Alex rushed in helping Jarryd, not using magic on the Occamy at first, if he did he may have lose its trust. Peter on the other hand boldly took an opportunity to rescue a wounded calf. He ran into the Erumpent herd seeing one of the young calves' orphaned, and alone at it was a runt. Charging into help, Peter darted expertly through the herd, and once again quite luckily Alex was there. He stepped in to help using a magic on both Peter, and the wounded calf to keep them away from a potential stampede.

With his kids growing up, Alex and Billie let them do whatever they wanted in the sanctuary that he and Billie set up, backfiring when Jarryd and Peter started getting to close to the Fwooper's nest, and their herd of Tebo. Even though Alex and Billie designated an area for Fwoopers for away from any houses because they rarely use a silencing charm on their Fwoopers, Jarryd and Peter went into the area without their parents knowing. Peter stopped once he could see the Fwoopers but Jarryd kept going. Alex and Billie didn't know where their kids were so they went looking for them, Alex grabbing Jarryd before the effects of the Fwooper's song did any noticeable major damage but Alex did notice something slight off with Jarryd but just associated it with small head injuries from doing tricks on his skateboard. One of the few fights Alex, and Billie had occurred because Billie decided to relent, and she agreed to let Peter keep a wounded runt calf that he saved. Bringing home an orphaned Occamy egg almost ready to hatch as well. Not wanting the two dangerous animals in the house, Alex made the executive decision to have Billie allow the contact the Department of Regulation and Control of Magical Creatures to keep the animals safely, and humanely contained because both wouldn't ever be expect into their species, but by the end of the fight, Alex lost. He let both of the animals stay on the condition that Billie looks after Peter's Erumpent when he was at school if the Erumpent was still with them by the time Peter goes to school. He did tell the Department that they did have the animals and had the right qualifications after they fight if they came around to make sure they were doing the right things to the whole reserve.

Over the next few years, the Summers home was full of excitement, happiness and of course, animals with the occasional injury. Alex and Peter tried to introduce the Erumpent back into the herd when it grew up but never worked because it was to attached to Peter and because of that the herd didn't accept it as one of their own. Every attempt at returning the Erumpent back into the herd had caused one of the larger males to charge at them.

When Peter turned of age to go to school, Alex tried to convince Maria to let him go to Hogwarts. After Jarryd's 12th birthday, Alex took his whole family to a trip to England to met his parents and get Jarryd his birthday presents plus a gift for Peter, a wand for the both and a new skateboard for Jarryd that was like what the professionals ride.

Soon, Peter was back home after his fourth year and Peter asked Alex about Hogwarts. Alex told Peter about all his years at Hogwarts and all the history he knew about Hogwarts. Peter was amazed about Hogwarts and asked Maria and Alex if he could go there, so for the next few weeks before school started, Alex and Maria talked to the two schools headmasters about if Peter could change schools and if Jarryd could as well if he wanted to go to Hogwarts as well.

Personality: When Alex is around his kids and blood family, he is really chill, makes awful dad jokes (like any father), babies his youngest son like his wife and really caring, but when around his wife, he acts like he did when the first met, really childish, learning how to work with Billie's mental disorder, making her act like she was before it kicked in and occasionally drinking problem. Around other people, he acts confidant, always seems to know what he is doing and very serious. Alex tends to slack off work and dissaperate to either his home or to the beach to surf.

He is a caring father, never showing favourites among his kids, but still babying Jarryd like Billie does. He will do anything to protect his kids, which has grown even more since Jarryd was shot. Once someone new, like a girlfriend or boyfriends of one of his sons and niece, is introduced to him, Alex does whatever can to make them feel accept and welcome, even if it means embarrassing Jarryd or Peter. He would never tell his kids but Alex has always wanted a daughter, every since Jarryd was meant to be a girl.

Retrieved from "https://dumbledoresarmyroleplay.fandom.com/wiki/Alex_Summers?oldid=843994"
Community content is available under CC-BY-SA unless otherwise noted.