On the most basic level of knowing Alfred - and the side the public sees the most - one would see a royal who is working hard to fulfil his role to the best of his abilities. It's clear by the way he holds himself and the careful way that he talks that he has been raised with the same royal rules as his father and grandmother before him. Although he's been accused of being too rigid in the past, it's obvious to most that he's a fun person containing himself for his role, more than likely not wanting to command any more attention that he already does. A favourite memory of many is that, when he was young, he'd wave excitedly and excessively at every single person he saw. Sometimes in the present day he recreates the memory, much to the amusement of others. In general he's how you'd expect the second in line for the throne to be; thoughtful, kind, open-minded, chivalrous and a budding inspiration to many.

In private, he's much more laid-back and humorous to be around. Still being kind and somewhat rigid, afraid to break or go against the rules he had been raised with, Alfred is arguably more enjoyable to be with in private than in public. He has a sarcasm about him that remains funny whilst also being naive and innocent. He makes it a priority to be on good terms with all of his family members and tries to include everyone at every possible chance he gets. It is because of his slight naivety that he's the butt of most jokes, rather than leading them.

Deep down, however, Alfred is a stressed individual. As expected as a member of the direct heir line, he has been raised a lot stricter than his siblings - the way he walks, talks and acts is a lot more crucial and representative of the royal family than his siblings or cousins. Although he puts on a brave face and appears unbothered by it, those closest to him know that sometimes he struggles with it and desperately wishes for a break. The way he deals with this stress, much like anger and sadness, is to bottle it up and release it when he's all alone instead of talking about it to those who can change it potentially, examples being his parents or grandmother. Still, that'd take a lot more balls than he has to do; the fear of disappointing them being a prevalent prevention.

The love story between Queen Victoria's eldest son and heir, Arthur, and Maud Weasley is as close to a modern fairytale as there can be. The strictly raised pure-blooded prince had met the commoner pure-blood in their first ever potions lesson in first year at Hogwarts and clicked immediately, their personalities bouncing well off one another. The media followed them from their obvious crushes on one another until the official announcement of their relationship, the two of them constantly being the objects of "will they won't they" both at a relationship level and at engagement.

Their relationship captivated the magical society both nationally and internationally, therefore making it a surprise to nobody that their wedding remains among the most viewed magical event in recent history - superseding the most recent Quidditch World Cup at the time. Everyone was enamoured by the cool, relaxed prince and the bubbly, effervescent commoner. In true Maud style, the way the bride nearly bounced down the aisle confirmed to everyone that the monarchy would be in fun, yet stable, hands.

As all royal couples, the need for children followed soon after the wedding. Alfred was the first, their designated heir, and three more - Charlotte, Helena and Richard - followed. Just like their contrast in personalities, Arthur and Maud wanted to take different approaches to their children's upbringing. The prince favoured a traditional royal upbringing, stating that the children were second to fifth in line for the throne and thus had to be brought up accordingly whilst Maud, ever so in touch with the muggle lifestyle, advocated for a more relaxed childhood, stating that it'd be the only time in their lives that they'd be able to be relaxed. A compromise of the two was made and worked well.

Knowing how important the connection between the magical Windsors and the muggle Windsors were, Princess Maud wanted her children to experience the muggle lifestyle for themselves as to be more understanding when interacting with their muggle counterparts. Trips to Tesco's, Nando's and McDonalds were frequent and much loved by the royal princes and princesses. The purchase of one of these trips, a small pot of slime, is how seven-year-old Alfred had his first magical experience. Enamoured by the substance, the heir played with it until he was making it multiply massively by the second. Saved by his mother, it was all the confirmation needed that he'd remain second in line for the throne.

As a child of the direct line from Queen Victoria, Alfred was expected to attend Hogwarts as to show his pride in being British. He had no objections to it; hearing stories from his parents' time there had made him more than excited and, upon arrival at eleven, he was sorted into Gryffindor. Alfred was a model student during his time at the school - whilst he chose not to pursue titles such as prefect or head boy, he made a name for himself as one of the highest achieving students in Hogwarts history.

Ever since graduation, Alfred has thrown himself into royal duties. Much like a counterpart of his would, he has visited nations that make up the Magical Commonwealth, representing the House of Windsor when his grandmother can't. Usually accompanied by his mother at the least, it's obvious Alfred will continue the family tradition of putting on being the heir that put's on a good face, even when other family members do the opposite. 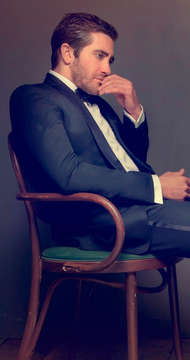 Retrieved from "https://dumbledoresarmyroleplay.fandom.com/wiki/Alfred,_The_Prince_of_Wales?oldid=1067225"
Community content is available under CC-BY-SA unless otherwise noted.