Althea was born shortly before her younger twin Delilah. They grew up in a muggle town with their parents, and the two hardly seperated. Even at a young age, they knew there was something different...magical about them. They recieved their Hogwarts letters, and went to school. Althea was sorted into Gryffindor, where she fit in very well, and was followed by her twin. She quickly found she had a love for quidditch and flying, and was Captain of their team by her fourth year. When she and Delilah graduated, they moved in together in a small apartment, and made a pact to tryout for a professional quidditch team. After a couple failed try-outs, they went to the Harpies, and were both picked up. The first season they learned tactics and teamwork to a much greater extent than had been accompished of the Hogwarts teams, and though they were on the team, they didn't get to play a single game that season. However, the next season they had both improved greatly and became starting chasers. Since then they've remained on the team, working closely with each other and their teammates, doing their best to win. 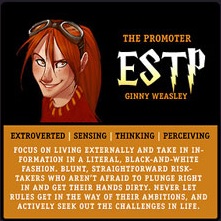 Althea is a party-girl. She loves having a good time, hanging out with other people, drinking, and listening to loud music. She's disciplined enough to have never shown up for practice hung-over...but there's been times it was a close thing. She loves talking to people, and getting to know them, finding their lives and stories fascinating. Gryffindor was a perfect fit for her since she could go all out both on the field and off. She doesn't much care for book-learning, and barely scraped three OWLs and the same amount of NEWTs. While she'd not dumb, she isn't the brightest either. Still, her social stills are excellent, and you'll never find someone more friendly, or willing to take a risk in the name of fun. She's friendly with other quidditch players, and sees no reason that they can't be friends off the field. If there's one critique she gets from their coaches, it's that she's never serious enough on the field.

She's grown up with Delilah and the two almost have a second sense about where the other is, and what the other will do. Delilah has always followed her lead, even into trouble, and so far she's always managed to lead them both out, mostly unscathed. She does her best to help shield her sister, as she's a little innocent and naïve. If there's one thing that has made her rethink something before jumping in, it's knowing Delilah would be right behind her jumping with her. That thought has kept her from getting in serious trouble more than once. She's never minded her sister always being there, as she always has a companion to keep her company through any adventure.

She's 5'5" and slender, though muscular for her height. She's attractive, and has a bubbly and flirty personality, and knows how to dress to impress. When she's out partying she usually wears make-up and tight fitting dresses or skirts.

Her face is Laura Spencer.

Retrieved from "https://dumbledoresarmyroleplay.fandom.com/wiki/Althea_Keyne?oldid=964145"
Community content is available under CC-BY-SA unless otherwise noted.