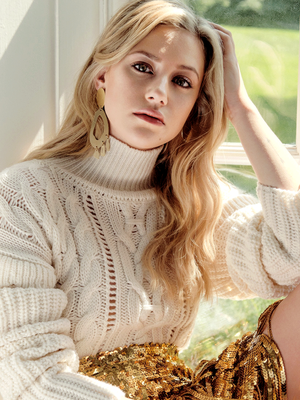 Personality Similar to her father, Amelia has always had a thirst for knowledge. She’s curious about the world around her and wants to know everything about it. Random ideas and thoughts often pop into her head, tending for her to often think scatteredly. She's always been more of an introvert, so instead of asking questions, she often enjoys finding answers in books. Frequently, Amelia will also learn new things from researching that she hadn't even wondered before, making her want to do even more research... Which always added a whole new layer of fun. Well, for Amelia at least.

Amelia has always had an imaginative mind. Creativity has flowed through her veins ever since she was a young girl. It doesn't matter if she's drawing, writing, or even just lost in her thoughts, it doesn't take long for Amelia to think of something unique. She often likes to express her artistic self when it comes to sketching or painting, becoming quite talented at it after so many years of practicing. Though, growing up, she's been taught by her parents about stable jobs and an artist was definitely not one, so she's only ever thought of it as a hobby.

After the incident with her father, Amelia has realized she shouldn't trust people easily. This man - the one who raised her - was a liar and cheat, and she wanted to be him. If the person she wanted to be when she grow up wasn't who she thought he was, then why wouldn't others be just as fake?

Politeness has always been heavily taught to Amelia and her twin sister, being told that being mean doesn't change anything. So, she stays as kind as she possibly can be, but - like everyone - Amelia has her limits. Obvious or stupid questions have always annoyed Amelia, so you'll very much get a sarcastic comment in return. No matter how hard she may try to be polite, she can never hold in her sarcasm. So, the girl has been called a smart alec much more than once... But it's not like she was one who asked the dumb question.

Neither Alice or Adam grew up with the easiest of lives. Alice, an only child, had been left with her abusive mother alone after her dad walked out at a young age. She was only fourteen when being kicked out and left to support herself alone. Adam had grown up with quite a lot of siblings, causing the family to struggle financially.

The two had met when Adam had walked into a small jewelry store in France that was ultimately owned by Alice. He soon after asked her on a date, despite the twenty year age gap (Alice being 25 and Adam being 45). They were married a year later, Alice believing Adam to be a trustworthy man. Although, she would not know until much later in life that Adam was seeing other woman on the side.

Two years after the couple were married, Alice had two twin girls. Amelia had been the oldest twin, Chloe coming into the world only three minutes later. Although Alice had always wanted more children, she didn't have anymore after Amelia and Chloe. As Adam was a teacher at Beauxbatons, Alice was left to do most of the parenting when the twins were little. Not knowing much on being a mother, as she was an only child and her parents just overall sucked, Amelia and Chloe weren't faced with many rules. However, since Adam and Alice both knew what it was like to be in poverty, they refused to let their daughters go through the same stuff they had. The two girls needed to be perfect.

So, by the age of five, rules had been given and any mischief was banned from the household. With Adam making the decision about education, it was him that chose to put them into the best school around. It was a private school that taught children in primary as well as students in high school. Though, the girls would only attend it until they were eleven and sent to Beauxbatons.

Education was important to both Amelia and Chloe's parents, so extra work and private tutors was added on from school. (Amelia's first magical incident, in fact, was when she had one day let go of her pen from having a sore hand from writing, yet it was still writing for her without anyone touching it.) School and work caused the two to rarely have free-time, usually choosing to spend it with each other when they did. The girls were always super close - even for twins - growing up. If one got in trouble, so would the other. And they were never afraid to stand up for the other at anytime.

There was one thing between the two, though, that definitely separated each other apart. While Chloe was never very close with her father, Amelia always had been. She strived to be as intelligent as her father one day, and even wanted to be a professor like him. While Adam was always quite eager to teach Amelia something she was curious about, glad she had gained a thirst for knowledge like him. Although it was strange when going to Beauxbatons at first, Amelia loved seeing her dad everyday.

Everything was quite normal family-wise until Chloe and Amelia's fourth year. Through the years, Chloe had always had her suspicions that Amelia decided to stay oblivious to. Yet, terribly enough, it had been Amelia who had walked in on her dad with a third year. It practically broke Amelia to see that her father truly wasn't a good person. He wasn't someone she should look up to. Of course it was Chloe to find out first from her sister, and she was also the one who told their mother.

If the person Adam was caught with hadn't been so young, maybe Alice would of stayed. Yet, she had her daughters to look after, so she filed for a divorce. She needed to keep Chloe and Amelia safe, even if it mean't leaving her husband. Though, admittedly, it was also a quite scary thing to do. So, as a way of protecting Adam almost, Alice did not contact the authorities. Amelia was devastated about the whole situation. She knew she could never never look at her dad the same admiring way again. This would ultimately lead to Amelia having a hard time with trust later in life. So, with both other girls in the family not doing anything, it was Chloe who turned her father in.

The father of the Dubois twins was arrested, yet Alice still feared that he may get out and go after her family. So, when invited to stay with her cousin in England, Alice eagerly packed her and her daughters bags and the three moved from France to England. After getting a job and sort of getting back on her feet, the three moved out of their Cousin's place into a small, two bedroom apartment. Enrolling into Hogwarts for their fifth year, Amelia is unsure on how she feels and what may come... But, hey, at least she's got Chloe to be by her side.

UGHHHHH i'll do this later

Retrieved from "https://dumbledoresarmyroleplay.fandom.com/wiki/Amelia_Dubois?oldid=1036500"
Community content is available under CC-BY-SA unless otherwise noted.