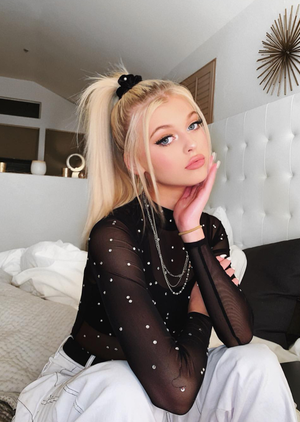 While her twin sister consistently sought for some sort of approval from everyone, Amortentia learned to appreciate every ounce of attention she got at a very far distance but never let anyone sway her opinion. She was the rebel of the two and would stand up to her parents and speak her mind, which is exactly what happened when Amortentia was sent to Mungo's to seek treatment for her mental illness and hallucinations of a little white rabbit. She also sought affection from them up until that moment when she begun to feel maybe she was a burden they didn't want to bother with and started to turn toward her attention solely towsrd her siblings for the affection she so craved. When that fell short at times, Amortentia turned toward books to invest her time and energy and progressed an extremely brilliant mind. She was far smarter than the average person but her hallucinations created pitfalls in life.7

It was hard to develop any sort of healthy relationships since she barely got to leave the Mungo's psych ward and she found herself growing increasingly more socially awkward as time passed. She went from bold and assertive to closed off, submissive and slightly mysterious with an inability to comprehend some social cues. She often seems to be in a dreamlike state and has been known to have temporary amnesia and confusion relating to her mental illness, forgetting where she was or what she needed that can easily dissolve into frusteration. She's a sweet girl and the poster girl for sweethearts everywhere but again, her mental health issues prevent her from constructing any sort of solid friendships. Most flippantly label her as crazy and run the other way. Her family may just be the only ones to understand that Amortentia Malfoy is like a pixie stick; an empty vessel filled with nothing but sugar. She is extremely stoic given her past and tries to be upbeat and charismatic.

Also like Nicholas, Sebastian would marry a wealthy pure-blood witch, Elizabeth Yaxley. The relationship had moved more slow and steady than his parents, the two beginning to date in seventh year but marrying at twenty-five. It wasn't long after that that more that before children were born, leaving for them to help keep the Malfoy legacy the way it is. If not? They would be as much of an embarrassment as any aunt or uncle who had done the same.

Amortentia Malfoy was born approximately two minutes after Héloise Malfoy and one year after the birth of another set of twins, Aurelia and Democles and therefore rendering her the technical youngest of the Malfoy clan. She was named after the most powerful love potion in magical existence and true to her namesake, most people fell in love with the adorable infant. However, from the time she was born, it always seemed like something was wrong with the little girl - she never seemed to stop fussing and as a result in her early years, she was taken to behavioral classes by a set of hopeless parents that wanted nothing more than to see their child be okay because despite being such a well-mannered toddler and happy child, there had to be something going on.

Sadly, Amortentia's time with a personalized tutor that also practiced psychology led into a situation that left the young girl emotionally abused and somewhat neglected during her stay. Forging a close bond with that same tutor that abused her psychologically didn't come off to Amortentia as a pedophile grooming future prey since she was so young but when her parents picked up on some things she said like how he tried to touch her before, or wanted to brush her hair and when they did discover something wasn't right, a fullblown investigation was launched and led to the eventual arrest of her tutor - who apparently had done this sort of thing a few times before. Since Tia was so very young and partially groomed, she developed a short-lived form of Stockholm syndrome and the loss of her "best-friend" and teacher was one too great for her to emotionally bare so Tia spent a lot of time at St. Mungo's ward with a staff dedicated to correcting the wrong that had been done and teaching her how to cope. Her mental health needed to be aided after such a complicated ordeal and Sebastian and Elizabeth feld it was their last and best option.

The few times she did get to visit her parents and siblings were some of the happiest times of her life and she even begun to show her first signs of magic at around the age of eight when she made flowers grow for her beloved twin sister, Heloise. As time went on, Amortentia started to feel like she didn't need to remain at the mental health facility that kept her so long away from her family and honestly started to think that maybe her parents didn't want her anymore since she was considered problematic. That never really stopped Tia from loving them to the point that her bedroom was always coated in drawings of her siblings, mum and dad.

By the age of nine, Tia was finally released from St Mungo's to start school but was forced to go back to the same ward when signs of disassociate identity disorder begun to fester in the form of amnesia and moments of confusion and one particular hallucination of a white rabbit. That white rabbit would continue to mock her well into the age of thirteen - nearly around the time she started to lie about being fine in order to be released back to Malfoy manor. Since she had apparently progressed in the eyes of her caretaker, Amortentia was released over the summer leading up to her fourth year and instead of joining her siblings at Hogwarts, she was kept back a few months to ensure she could handle the stress of school and even home life after so much time away.

Now ready to join the rest of the fourth years, this Malfoy girl has some issues that still need to be worked out but she is never anything but glad to be out of the facility and in the real world. She has an attachment to her siblings that reduces her to constant worrying and mothering that can sometimes get overwhelming if you don't understand how big Tia's heart can actually be. Hopefully, Hogwarts will be the right sort of thing she needs to help cope and learn how to be a normal kid.

Retrieved from "https://dumbledoresarmyroleplay.fandom.com/wiki/Amortentia_Malfoy?oldid=1055788"
Community content is available under CC-BY-SA unless otherwise noted.