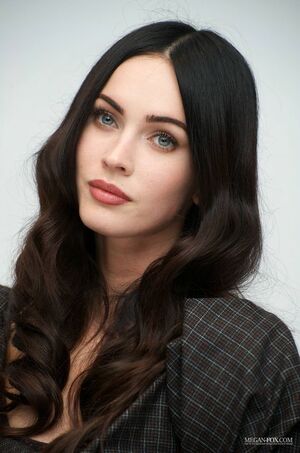 Amphitrite acts exactly like you'd expect someone with water nymph blood. She loves the water, feeling like water is her blood. She has always felt connected to the water and will try to be around it as much as she can, which is shy she is nearly always swimming in the lake or at the Boathouse. Her connection with water lies deeper than she can imagine. She knows her name has something to do with the ocean in Greek mythology but has long forgot it. She practices swimming as deep and how long she can stay underwater ever chance she gets, thanks to her mother telling her what she could do if she practiced. Her mother shows in how calm and carefree she is. She basically doesn't get phased by anything happening around her. There is no way Amphitrite is collective though, she tends to lose it easily and forget what she is meant to be do. She tends to holds family and friends close, never forgetting a friend no matter how long it has been since she meant them . She can always see the good in people no matter what they have done and will trust them with her life. She is also very bubbly and perky around everyone

She has learnt many things in her short 11 years of life. She knows she is a daughter of a water nymph and what she can do because of it. She doesn't truly understand everything that comes with being half nymph, she just knows the simple facts, see can always stay dry and breath underwater for longer than normal people. She doesn't really know about the connection between her and other nymphs, only knowing what comes with it, a new friend like her. She knows more languages than you think an 11 year old would know and tends to switch between them all sometimes. She knows English of course, some Mermish, some Ancient Greek, heaps of modern Greek and some of languages from the many islands she has been to.

She loves merpeople, some people thinking more than she loves people, which is almost true. She tries to be with the merpeople in the lake all the time. She tries to be apart of their world, which is one reason she tried to watch the Little Mermaid all the time when she was younger. She has learnt some of their culture from her mother but she noticed that it isn't the same everywhere. She loves learning about other societies cultures which was why she loved traveling with her family around Polynesia.

Amphitrite wasn't the only one to be born from a nymph in the Othrys family so when her father, Trent, found out his girlfriend, Tethys, was a nymph and pregnant, it came to no surprise to him. What was a surprise to him was that Tethys was a water nymph, making him one of the first in a very long time in the Othrys family to have a half-water nymph child. The last one had been great ten times grandfather, the first half-nymph in their family. After Tethys and Trent's child was born on the California Coast, Trent asked if they should get married sometime soon, which Tethys said yes to. Their child was the most beautiful thing Trent have ever seen. She had extremely blue eyes, like if all the ocean was squeezed into her eyes. Trent soon realised that his daughter was much like Tethys than he first thought when they brought their daughter, named Amphitrite, home. Trent asked Tethys why their daughter's eyes were so blue and she just said it was how nymph blood showed physically.

Amphitrite had been told at a very young age that her mother was a water nymph and always accepted it. Her mother would show and teach her things she knew her father could never. As Trent was American and Tethys was a nymph that learnt human culture in Greece, she was taught Greek and English. When Trent would be at work and Tethys and Amphitrite would be at home was some of most lasting memories for Amphitrite of her mother. Tethys would speak Greek to her daughter when Trent was out. She told Amphirite stories of Greece, from the Ancient Greek mythology to the current stories of the merpeople that lived around Greece. Apmhirite was most interested in the stories about the merpeople and Tethys could see that so she started teaching Amphitrite Mermish, only taking a couple of years for Amphirite to learn as much as Tethys knew.

After Amphirite turned 8, Trent packed up the family and they started to move around a lot because of Trent. He had started to work on gathering as many stories as he could from as many islands he could find in Polynesia to keep a record if those cultures ever died out. It lead to him being supplied a boat to travel around Polynesia and taking his family. Tethys was almost as happy as Amphitrite was when Trent told them this, happy to be back on the ocean. Amphirite was bouncing off the walls with excitement when she was told this. She said goodbye to all her friends before the day came where Trent, Tethys and Amphirite would fly to New Zealand then head to the dock where their boat was mourned. When that day came, Amphirite was to excited to sleep on the plane trip over. When they got to New Zealand, Tethys took Amphirite sightseeing for a bit while Trent got the boat ready for them. Soon they were off

They traveled all throughout Polynesia, stopping every so often on an island to either get supplies or Trent would do his job. Soon, they stopped in New Caledonia because of Trent always wanting to go there a year after their journey started. They docked on the island of Lifu and explored the island. They stayed on Lifu for a week. They found one of the best place for renting snorkeling gear. It happened to be owned by the Siyana family. Amphirite was introduced to Aymeric because of both of their parents. She tried to teach him some English, mermaid being the first word she tried to teach him. She had a feeling like there was more to him then it seemed to be. It felt like they were the same and connected in some way. She finally got him to say her name after a while of him thinking her name was Sirène, mermaid in French. When her family went to use the snorkeling gear they hired, she asked and begged her parents and his if he could come with them but to no avail, Aymeric couldn't go with her. When they were done, Aymeric's parents invited Trent, Tethys and Amphirite over their house for dinner to see if the rest of the Siyana children would get along with Amphirite but instead with connecting with Aymeric's siblings, she spent all her time with Aymeric. When her family got going again, she told her mother what she felt and Tethys tried to explain it with the little details she had. Tethys told her daughter that Aymeric must have some nymph blood in him but to Amphirite it didn't make sense because she didn't feel the same around his parents.

By the year Amphirite turned 11, Trent had finished his job faster then he planned and deiced to move his family to England, because he had been offered to work at Cambridge University, he wanted a change of scenery and he heard that his only kids of his older half-sister had moved there. Amphirite had never been really enrolled in a magical school before they moved to England, due to them never really having a permanent home for the past 3 years, but once they moved to England, Trent and Tethys enrolled their daughter in Hogwarts.

WIP
Add a photo to this gallery
Retrieved from "https://dumbledoresarmyroleplay.fandom.com/wiki/Amphitrite_Othrys?oldid=1075828"
Community content is available under CC-BY-SA unless otherwise noted.