Anabel Darrow is a young witch that has just enetered Hogwarts and sorted into Hufflepuff House. At age five, Anabel was cought ill by Spattergroit that has left scars on her face.

Anabel was born as an only daughter to her mother Mia Darrow and her father Patrick Darrow. She was born on the Outer Hebrides Islands of Scotland during a cold winter. She was born into a pure-blood family and her father and mother were great wizards in the art of charms. Anabel was born in late 2007 and showed quick talent in magic and could produce the smallest and simplest of spells. As she was born on such an isolated location Anabel had no friends and this has effected her as she is very anti-social and shy.

When Anabel was only 5 she caught Spattergroit and it seemed fatel. She was ill for many years and the future looked poor for her. She become sickly and spent most of her time in her bed, her mother looking over her as her father went to the mainland for assistance. After many attempts from friends, family and healers Anabel was not cured and the healers asked the Darrows for them to take Anabel to St Mungo's for she had only a few weeks left. The Darrows asked againts this as they wanted their final moments with their daughter.

By some miracle a few weeks before her 8th Birthday the fevers seem to stop and the swelling went down. Anabel was somehow cured! Everyone was amazed on how much better she got after a few weeks, she looked much happier, she was much fitter and her skin became more coloured. Unfortunatly the Spattergroit has scared the left side of her face and she will be forced to carry that reminder for the rest of her life.

Even though her family were proud of her, Anabels scars made people stare, and she hate being the center of attention. This made her even shyer than she was before. She became quite, un-talkative and very anti-social. Yet to her parents delight on her 12th Birthday Anabel recived a letter from Hogwarts.

Anabel was always a shy girl since a yong age; this was mostly because of the location of her home on the Outer Hebrides. Her scars later added to her shyness and her antisociality. Even though this is true, to friends, Anabel is extreamly loyal and is always willing to help out. If you brake the barrier with her she will soon become confidante, funny and charming. Anabel is prone to meloncolly sometimes when she overhears people talking about her scras and it makes her feel unwanted. She's quite happy wto go un-noticing her. She quite and although she's very smart she prefers to keep out of view and watch people rather than confronting them.

Anabel has deep green eyes that don't seem to lingure on anything for too long, excluding books, paried with a small set of eyebrows. She's not very fussed on how she dresses and so usually just throws the thirst thing she can on. Because of her battle with Spattergroit at a young age it's left the left side of her face scared. These scars looks like the skin there has withered and died, turning a grey.

Anabel doesnt stand very tall, only at 5'2 a height she is comfortable with. She has long, staight dark brown hair coupled with a small, dainty nose. She has quite a small face with pretty, fair skin, except her left side. She has small pink lips that hide her beautiful white smile.

Anabel isnt a flambouant or amazing witch, she's avarage. She's a great reader though, being able to read the harderst of books at a very young age. She'd have to say her favourite class is either History of Magic or Charms are these are also her favourite subjects. Other than these she's not amazing at anything magical. She prides herself in her musical abilities though, being a grade 8 in Violin, Harp and Piano. In the Hufflepuff common room you'd usually hear her playing her violin or piano in the main seating area but she'd only do this if she thought she was alone. 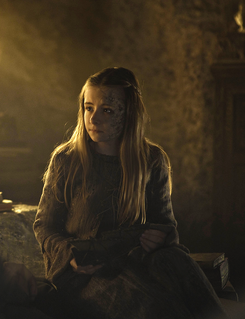 This character has been requested to be preserved by LeGruff.

Retrieved from "https://dumbledoresarmyroleplay.fandom.com/wiki/Anabel_Darrow?oldid=1074652"
Community content is available under CC-BY-SA unless otherwise noted.