The Bulstrode-Prewett twins, much like Yin and Yang, share many stark contrasts from each other despite typically acting almost exactly alike. Annie is definitely the more responsible out of the two. Coupled with essentially the responsibilities of everything on her shoulders, she's constantly under stress and filled with anxiety. There's nothing she's not worrying about, and it's said she worries a bit too much. She refuses to be unprepared and needs to know everything about everything. She does extensive, sometimes over the top, research on every little detail involved in a situation. Being aware of her odds and circumstances is a literal need for her. She can't really function fully otherwise.

Since she's so involved in knowing everything, it's natural she's been in the rings of gossip for quite some time. Anything important reaches her immediately, but overall everything really does reach her at some point. No bit of information escapes her. She makes sure of it. She's a very technical person who really likes to get deep into the details of things. As intelligent as she is, she's also extremely observant and picks up things others often don't. Her attention to detail can sometimes be seen as inhuman. She's like those detective animes where the main character deducts something that makes literally no sense without context and somehow catches the culprit at the end, leaving you super confused but super intrigued and impressed at the same time.

Like her brother, Annie's incredibly selfish as well as a naturally self-sustaining person. She's independent, and for the most part, rejects help from anyone besides her brother. She believes she's required to uphold a certain reputation, which varies based on her needs. Unlike her brother who adapts his personality to push people away, she adapts her personality to bring people in. It's how she gets so much dirt on people. She changes herself to draw people in, gets what she wants, and kicks them right back out the door. No one besides Alistaire truly knows her heart and that's the way she wants it to stay. She's just as untrustworthy as she finds everyone else. If she tells you anything about herself, assume it's a lie because no one truly knows the real, real her.

The real Annie, behind the chaos, is a broken and lonely girl who doesn't have anyone or anything to turn to. Traumatized and emotionally unstable, she turns to menial things and displays of power to offset her imbalance of emotions. Finding comfort in superiority is her method of coping. This makes her pride one her most considerable factors for making a decision. While she wouldn't do a certain thing under normal circumstances, if this involves threatening her pride, she'd usually act accordingly. The ironic thing is she has little to no self-confidence. In the troves of her mind, she's constantly scrutinizing and demeaning her own actions, finding herself worthless and unloved. This makes her a stickler for attention. While this one of the traits she hates about herself, she's constantly pulling strings for any type of attention, using that to substitute for her feelings of loneliness and hatred.

That's not the only to Annie though. The only other thing she's found herself able to confide in beside her brother is fire. She's straight up obsessed with it and uses as an outlet for all her frustrations. Fire is the one thing she feels like she doesn't have to control or monitor, it just burns freely without a care and that's the best part. Watching fire, being with fire fills her with an innate sense of happiness. She's had a fascination with it ever since she was young, and it's often sourced as the cause of her patronus being a phoenix. She's essentially embraced the call of a phoenix, even getting a matching tattoo of a phoenix on her forearm with her twin brother, and having it carved into her wand.

No one really knows how Mercutio Prewett and Johanna Bulstrode got together, they just heard about their wedding when they were invited, showed up, had a good time, and went home. In fact, no one really knows anything about Mercutio Prewett and Johanna Bulstrode, and no one knows anything about their children. Or at least, their rumored children. You see Mercutio and Johanna met under highly unconventional means. And when I saw highly unconventional, I say they met inside a cult. They'd known each other since childhood since they'd both grown up in this cult. The cult itself was made entirely of purebloods who believed if they worshiped this obscure magical object, muggle blood wouldn't tarnish their lines down the road.

The two emerged from the cult, married, with an extremely warped view of normal society. They originally left the cult because of an accent that killed one of the priests, but as they began living a normal life, they found themselves never having the desire to go back. Mercutio and Johanna weren't in love per se, but they believed highly in continuing their lines, thinking of it as their duty, so they married. They tolerated each other well enough but Johanna was a highly independent figure, and the two clashed often. For one, Johanna refused to fully take Mercutio's name, so when they married, they became Mr. and Mrs. Bulstrode-Prewett. For another thing, Johanna wanted more than two kids but Mercutio only wanted one. Too bad they ended up with twins.

Alistaire and Antoinette came as complete surprises to their parents. They hadn't planned for pregnancy at all and had to prepare to keep themselves together long enough so that their kids grew up in a stable environment, something that they didn't have. As both were half-Korean, their kids were half-Korean as well, and it was extremely obvious when they born. While both were highly out of touch with their Korean heritage, they decided to make somewhat of an effort, giving the twins Korean middle names along with their other three names.

Antoinette grew up with her twin brother, Alistaire by his side. Often addressed as Annie and Ali when together, the few friends they had often teased them for being inseparable, but the two didn't really mind. They seemed to have a special type of bond that just couldn't be broken no matter what. Honestly, it was like one mind was sharing two bodies at some point just because of how in tune they are with each other's feelings. Antoinette's first magical sign happened as a result of this. The two got separated when they were six, and in a state of panic, she created a magical beacon that helped Alistaire find her. One time, she almost got kidnapped but if it wasn't for her brother's sixth sense if you want to call it that, she wouldn't be around to tell her story. They overwhelmed the abductors and tricked them into stumbling into a fire Alistaire had accidentally cast.

The two watched the abductors burn for a couple of minutes. That's where their fascination with fire began. At first, it was playing with the lighter in the kitchen when their parents were too busy to pay attention to them. Then it extended to lighting log fires in their backyard. Before you knew it, the two were seeking out abandoned buildings to explore before burning down for their own amusement. They made a game with it. They'd find the middle of the building, and create a trail of gasoline wherever they went. Then, they'd light it up and cover their eyes with blindfolds and see how quickly they could escape using their other senses. It was an extremely dangerous game, especially because the two were only twelve and in their first year of Hogwarts when they made it up. It was a miracle they hadn't died yet, really.

Remember those abductors from earlier? Oh yeah, they're back. And they're back with a vengeance. Turns out they're members from the cult mentioned earlier and they've tracked down Mercutio and Johanna, and as sacrifices, they're going to burn their children to appease the spirits. The thing is, the whole family is quite observant, and seeing discreetly dressed men and women stalking the streets at weird intervals in the day would set off immediate red flags. So, they decided to play a different route. They decided to kidnap the twins during the school year.

It took two years to pull it off with extreme planning as well as the eventual gain of both the twins' trust. One of the abductors was disguised as a teacher while another one was a student a year older of them who'd they eventually saw as a role model and trusted friend. They found about the twins' pyromania and used it as a strategy to lour them away from the grounds where they could easily surround and overwhelm the two without a fight.

No one knows what exactly happened the three years the twins disappeared, but when they came back in the sixth year, they were completely different people. For one, Alistaire had seemingly lost all of his charming personality. He had become apathetic to everything and didn't bother to make effort with anything anymore. It was rumored he had contracted depression but no could ever get close enough to him to really verify their theories. Annie, on the other hand, had become the exact opposite. She worried about everything and aimed to please everyone to distract them from the obvious: both of them had completely fallen apart.

The following year, their parents died of highly mysterious causes. The twins, now seventeen, had already taken the claims for property and inherited all their parents' properties, including a giant cliffside manor, millions in galleons, and a pesky problem with the media. Needless to say, the twins weren't interested in speaking about their parents' death or their disappearances whatsoever. In fact, when their parents had been alive, even they hadn't spoken about their children's disappearances. Almost as if they had been in on it.

Well, they had. The cult took sure steps to threaten the parents if they even dared to call the authorities. They even showed them pictures of their tied up children, screaming and trying to escape. After bouts of hopelessness and years of silence, the parents finally snapped and secretly told a ministry official. This set the domino effect in place that eventually freed their children but also cost their lives. You see, instead of sacrificing the twins as planned, the cult, for some reason, protected the twins as best as possible. It was later understood that the twins were supposed "vessels" for their worshipped spirits and it was important to keep them in the best condition.

You'd think it wouldn't be as bad, considering they'd be the best-treated members of the whole cult. However, the two suffered much psychological torture and brainwashing, day after day, for three whole years. And after enduring that for three years, its no wonder the two returned extremely out of it. 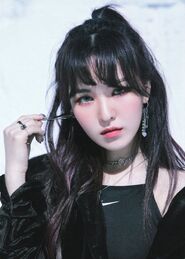 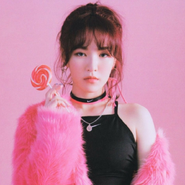 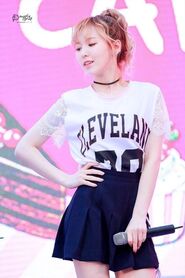 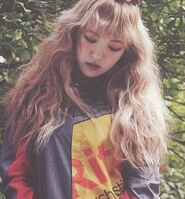 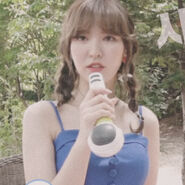 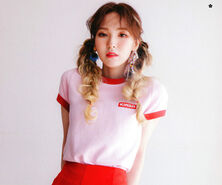 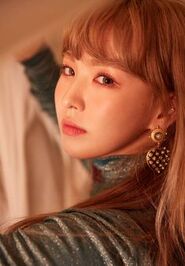 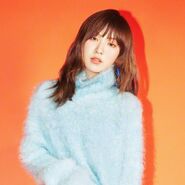 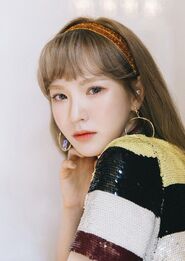 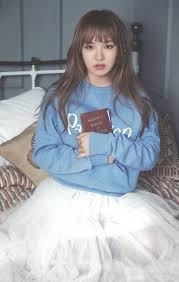 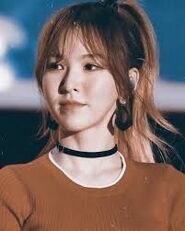 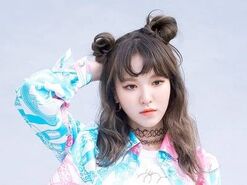 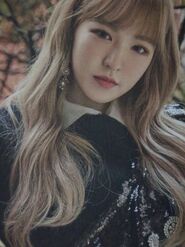 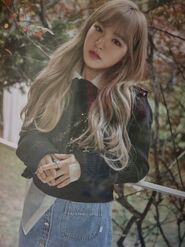 Add a photo to this gallery
Retrieved from "https://dumbledoresarmyroleplay.fandom.com/wiki/Antoinette_Bulstrode-Prewett?oldid=1073855"
Community content is available under CC-BY-SA unless otherwise noted.