This character belongs to The Highland Lady.

Antonia Elizabeth Hall entered the world to two no-magicals on a warm spring day of the year of 2010. She seemed to be a really quiet baby, rarely squawling unless it was something that had actually was really bad, and grew up the apple of her parents' eyes. She remembers her first snow, and how her father helped her build a snowman despite her age of merely a year. From her birth, and as she got older, more random signs of magic started to appear into being. Her first actual big sign was sending a snowball at her mother's head when she was six and wanted to do a snowball fight. After that, the family was shocked, but they didn't pay much attention to it.

A few months before her eleventh birthday, Antonia, who by now preferred Toni, had gotten interested in medicine and begun to study the ways of the human brain and how it interacted with the world around it. Her first few years passed normally, no trouble and acing her classes. Her third year brought boyfriends and heartbreak. Her fourth year brought the news of a little sister. Her fifth year is when everything changed. In her fifth year, the Defense Professor, formerly an Auror, had also taught her the ways of analyzing through people's body language and facial expressions. Her OWLs and NEWTs were easily taken, and passed, with results that got her sent straight into medicine and aurorship if she wanted.

At graduation, she entered into the ways of psychiatry under the local magical hospital, getting real-life training and more experience using and combining her training of reading body language taught over her years at school. After about seven years working at the hospital, Toni transferred to the Magical Law Enforcement, working directly with the aurors as their resident psychiatrist.

After getting bit by the travel bug, she resigned from her position and moved to England, and is now applying for the position of the psychiatrist for the UK's auror force.

Toni's one of those girls with a backbone built like steel. She's intelligent, careful, kind, and most definitely unpredictable. If she feels threatened, or sees anyone else being threatened, then she can easily defend herself. Toni's always trying to be present and helping out anyone who seems like they might need the help. Toni is a woman who refuses to back down if it means that someone else will get hurt in the process.

Believe me, if she doesn't know how to answer something, she'll figure out the correct answer and get right back to the curious person. Antonia rarely seems to show emotion due to her occlumency training, but she also struggles with making close friendships. Toni, call her Antonia if you want to die, is a girl with an independent spirit and the ability to try and help anyone even if they refuse her help. 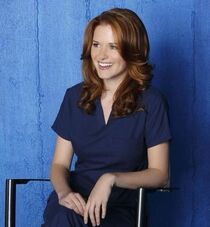 Antonia doesn't seem to take after any of her living family, with her reddish-brown hair and bright brown eyes. Well, besides her eyes. That's the only thing that shows her familial connection. She's of average height, standing at a lithe 5'7", and weighs average for her height. Antonia's face claim is Sarah Drew.

Retrieved from "https://dumbledoresarmyroleplay.fandom.com/wiki/Antonia_Hall?oldid=933451"
Community content is available under CC-BY-SA unless otherwise noted.