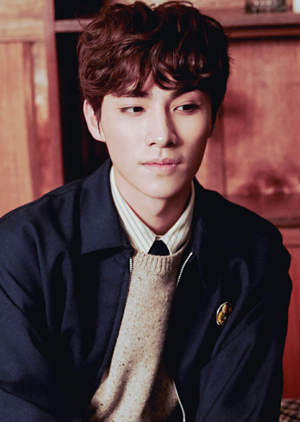 Although shy and reserved at first, Apollo can be quite the character. He can be seen as rather eccentric at times, thinking and doing the most random and unconventional things or ideas. On top of that, being the major klutz he is he can at times get laughs out of people when he wasn’t meaning to or even aware he was being funny for that matter. Being around Apollo, as corny as it is given his name, is like having a ball of sunshine by you all the time. He’s always very positive and if somebody needs a pick-me-up he’s right there by their side trying to cheer them up whether it be through kindness or accidentally making them laugh. Pure is something that comes to mind for most when they think of Apollo, and they wouldn’t be wrong.

At times Apollo can be a bit of a wimp or scaredy cat, being very easy to startle or sneak up on. He’s a perfect target for any unsuspecting pranks, which he’s fallen victim to countless of times before. As he’s normally very active due to his ADHD, it can hinder his sleeping pattern and staying on a good schedule for it is a strenuous task for him. When his sleep schedule gets really bad, it isn’t completely uncommon to find him curled up in a ball sleeping in the oddest of places. All in all, Apollo is about as soft and loveable as they come, only a truly terrible person would want to harm him in anyway.

Unfortunately for Apollo, he has major self-confidence and self-esteem issues. Truthfully the amount of bullying he was subjected to in muggle school did a number on any confidence he may have had and the fact that he has ADHD makes him nervous enough feeling like everybody is watching him constantly fidgeting around with small trinkets. Being as absent-minded as he is certainly doesn’t help his case either, being oblivious to social cues has proved to be a bit of a hinderance for him as he misjudges a situation or doesn’t pick up on when something is potentially dangerous. All these things combined has made Apollo a very dependent person whether it be towards his siblings or his friends, which he unfortunately lacks the confidence to try and make friends.

Wyatt Liu had a rocky past when it involved females he was romantically involved in. His first long time girl friend, Sienna Watakeekul, ran off with their unborn child. Losing Sienna was a lot for Wyatt to handle, not only did his school love leave with their unborn child but now Wyatt was alone in England with a house to pay for that was meant to be split between him and his former girlfriend. The split left Wyatt needing a roommate in order to pay the bills, lucky enough for him he found one within a couple months. A woman by the name of Harriette Chen had stepped into the position rather naturally. While the pair had never met before, Wyatt and Harriette just seemed to click. As Harriette moved in, it wasn't long until a romantic relationship started brewing between the two, with Harriette helping Wyatt get over Sienna and his son.

With three kids, the family seemed complete, and little Apollo was sure to be a handful. He was a very hyperactive child from the beginning and many were surprised by how much energy such a small child could have. As he grew older Apollo, while only a couple months younger than his half-brother Adonis and having his twin sister Aphrodite, quickly fell into the role of the defenceless little brother. It wasn’t a role he paid any mind to, that was until the three kids attended school in the same year. Adonis seemed to always get a pass when it came to school bullies, and while Aphrodite was teased slightly it was more so Apollo who got bullied and his twin sister was just guilty by association. It wasn’t until Adonis had to keep getting into fights to protect Apollo where the younger felt the role being more a hindrance.

Only four years into muggle school, Apollo was diagnosed with ADHD, which was already a big reason he was being bullied. One would think a lack of being able to pay attention in class and constantly fidgeting without being able to control it would be no reason for Apollo to be picked on, but alas everyday Adonis had do defend him and get into fights to protect his little brother. Wyatt and Harriette considered homeschooling him but unfortunately didn’t have the time to do it themselves or the funds to hire someone else. Which meant Apollo was stuck in muggle school at least until he was eleven and could attend Hogwarts.

His first magical experience occurred on a walk home from school when he was nine. It was late by some standards, and truthfully the family worried Apollo may turn out to be a squib. Himself and his siblings were walking home on their usual route when Apollo had spaced out. Adonis and Aphrodite had been walking in front of him at the time and without realizing it he had managed to make Adonis’ lunch levitate out of his brother’s backpack. Aphrodite was actually the first one to realize it, but as both his siblings had already had their magic begin to set in and Apollo was there for both of it himself, there was no panic that set in, more so excitement.

While Apollo had already started being briefed in about the magical world alongside his siblings, the full swing of things kicked in when Apollo himself had his magic set in. From that point onwards it was full steam ahead towards Hogwarts, and only two years later he begun attending the magical school in the same year as Adonis and Aphrodite.

Retrieved from "https://dumbledoresarmyroleplay.fandom.com/wiki/Apollo_Liu?oldid=1055761"
Community content is available under CC-BY-SA unless otherwise noted.