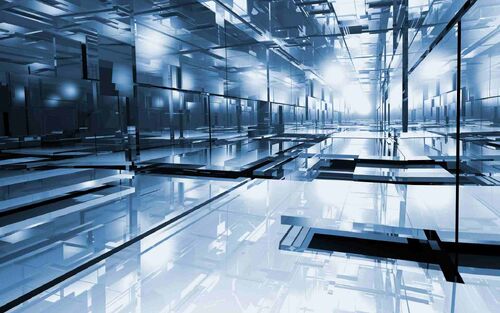 Upon entering through the door, you'll be quite amazed at the interior. The hallways and the corridors are plated with mirrors, which can generally confuse people. You'll get lost if you don't know your way around. Secret passages curve through a majority of the place, also containing traps and alarms and whatnot... 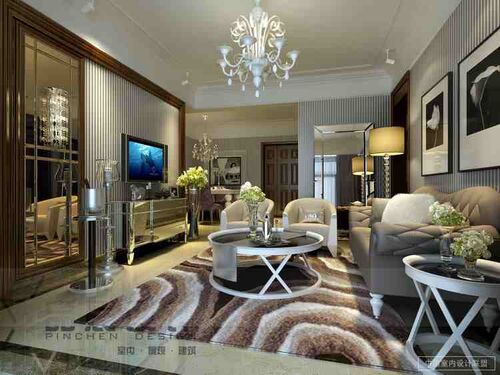 The living room, after that headache the mirrored hallways probably gave you, is a relief. It's surprisingly modern and fairly simple. Most clients don't ever see this place as they tend to be led straight towards Arella's study. 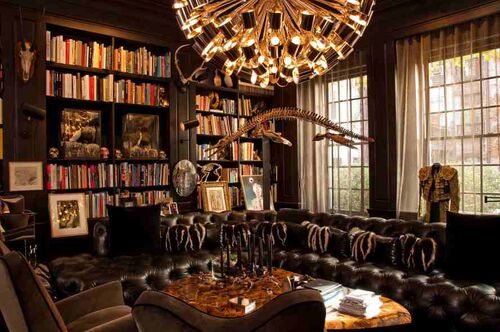 This is mainly where Arella can be found. Shelves line the walls, containing various books and other trinkets. Her desk tends to be cluttered with papers and tools, and the ceiling is adorned with hanging models of who-knows-what. The majority of her clients make their deals in here. 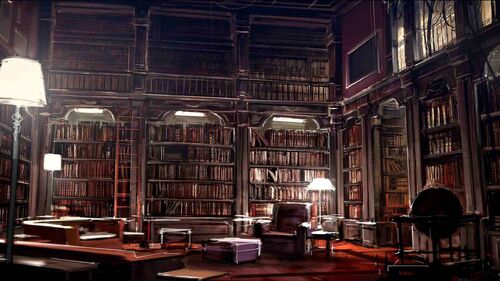 The place's main library is pretty dark most of the time. Lights flood the room with a push of a button, but most of the time it's abandoned. Different types of books are contained in the shelves, for Rell has a pretty large collection. 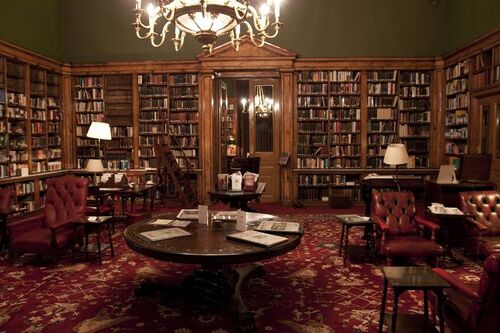 This library is more customized to Rell's taste. Most of the shelves are lined with archaeology books, but there are also some on other topics that can pique a visitor's interests. It's adjacent to the main library, fairly smaller, and has some really cool passages leading to who-knows-where. 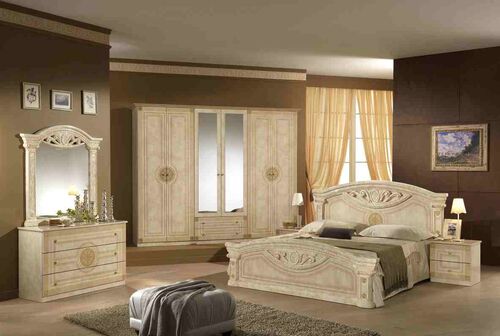 So what if she is a vampire? She obviously needs to sleep too. As she's nocturnal, she tends to be in here during the day. The door is specifically reinforced with wards and other traps, so you better not go in unless you're supposed to.

Welcome to Arella's hidey-hole, which she's named L.Z. Stronghold for shizz and giggles. The place has some serious security, proudly having stood for nearly a hundred years now. It's Unplottable, but supposedly is still somewhere in Britain. The amount of wards on it is even declared overkill by her siblings, but they don't complain too much as they keep their baby sister safe. Nobody can just enter this place unscathed - you need direct permission from the owner.

Retrieved from "https://dumbledoresarmyroleplay.fandom.com/wiki/Arella_Knightley/L.Z._Stronghold?oldid=579980"
Community content is available under CC-BY-SA unless otherwise noted.