Ash grew up in a rich pure-blood family. He has one sibling, a younger sister named Willa who graduated from Hogwarts 2 years after he did. Just before he graduated their parents were both killed in an accident at their home. It was repaired, and Ash inherited the home and the family wealth. He still tried to help and support his sister, though his kindness tends to push her away more than anything. Still, they're fairly close and talk often about their lives.

While at Hogwarts he did act very conceited and arrogant. By the time he graduated Hogwarts, he realized a lot of the other students were smarter, or better than him in some way and came to value other's gifts and abilities, becoming more humble. However, during that time, and since he has been called a playboy and reguardless if this reputation is deserved or not, he is known to be a charmer.

Elmira Griffin was good friends with his parents, particularly his mother. She was named both the kids godmother, and has had a lot of contact with both of them over the years. Since they graduated Hogwarts and she adopted Twyla they have grown a bit apart, but Ash still considers her family.

The Princes are well known thoughout the wizarding world, especially for their wealth. The family runs a large manufacturing company that produces many household goods from furniture to tableware to toys. Since their products are non-magical, they also sell their products to muggles and have ammassed quite a fortune through it. As their wealth has grown, they've expanded their reach, buying and operating many different types of buisnesses, both muggle and magical. Both of his parents had good relations with many people in the Ministry, and Ash tries to keep those relationships working and cordial.

The family lives at their ancestrial castle.

Ash has become close to Charity Bagman and the whole Bagman family, and has given her a promise ring. He's also helping Abigail Cassidy plan a History trip for the students to visit a number of places, including his Villa in Greece. 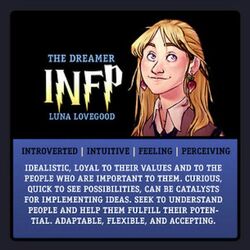 Ash is someone who is loyal to those who have earned his trust, but tries to find the best in everyone and give them a chance. He leads from behind, encouraging and trying to help others do their best. His mind is extremely sharp and he often has to remind himself to wait and let others think through a situation when he's already figured out the answer. He also has a strong competitive streak that he tries to suppress but at times comes out anyway. However, he usually realizes that the stakes are small and will gracefully back out of a competition if it's not worth the risks. Those who he cares about, he is very protective of, and sees it as his job to make sure they're taken care of. He has a great sense of humor, and is quick to laugh and make other people laugh.

He hopes to be a bright and enthusiastic teacher. He smiles a lot, and loves sharing what he knows. He's very easygoing, and will rarely give detentions, unless he absolutely has to. He's a hands-on person who does things himself, so most of the classes will be practical, and the homework the bookwork.

He has light brown hair and eyes. He's physically fit and works out a couple times a week to ensure he stays in good physical shape. His eyes are especially expressive, and usually have a smile in them, or a glint when he's joking around. He loves working with his hands and getting them dirty. He often can be found working in his family's gardens, helping them to grow to their full, beautiful, potential.

The family owns many buisnesses, and tries to treat their employees well. In addition to their major factories, they also will fund the startup and running of smaller buisnesses for a small percentage of the profits. This section will be used to help keep track of these things as I get them set up and acquired.

These I need to decide if I'm deleteing, want to keep, etc. I'm pretty sure they're all currently unowned (creater/owner no longer on the wiki).

Retrieved from "https://dumbledoresarmyroleplay.fandom.com/wiki/Ash_Coryn_Prince?oldid=938656"
Community content is available under CC-BY-SA unless otherwise noted.