Avery is very bullheaded, but it isn't a surprise given the behaviors exhibited by her biological parents. Once she's gotten her mind stuck on something, it's very difficult to get her to see otherwise. Even when you can make her see otherwise, she's too prideful to admit when she's wrong. She has to really care about you to accept it. Hand in hand with her stubbornness is her poor communication skills. She isn't very keen on expressing her emotions, and usually reserves feeling vulnerable for when she's with intimate friends and family. Even then, she's grown to learn there are weaknesses she can't afford to have, including being open with her thoughts and feelings. Sadly, Warren has made sure of this.

On the flip side, not being able to verbalize her emotions has done wonders for her artistic nature. She enjoys art. It's a form of bringing her deepest thoughts to life in abstract ways others will struggle to understand. Further, it makes her feel at ease and comfortable within herself, which isn't an all too easy feat given her childhood. Where she's explosive and callous in real life, she's serene and open in her art. It's like her world comes to a still.

Moreover, even though she's very lacking in deep communication skills, Avery oddly enough has some of the hallmark characteristics of light nymphs. While yes, she shares her half-sister Scarlett's fire, her affinity to light magic has made her very confident in herself and very extroverted. For those of you wondering just how this quality doesn't clash with her poor abilities to talk about herself, it isn't at all related. She abhors talking about how she feels and why. Ask her about anything else, and boy have you gotten yourself a judgmental, argumentative chatterbox. She's just wired to be very extroverted; keeping her confined without any means to express her ideas and thoughts - again trailing back to her art - is like asking for her to go to jail. It won't work, it won't.

The Ollivanders were usually a British family. A family that rarely strayed out of the UK. Except one branch. It was during 1900s, when Grindelwald was terrorising the magical community across the world, that an Ollivander, a girl no older than sixteen, was forced to flee the country. Her parents were killed and they had been rejected by her family a year before. The daughter felt no attachment to the family and so she decided to run. Run to Corinth in Greece and start a new life. Subsequent generations stayed there, though they kept the Ollivander name out of stubbornness. There was only child in this branch that exited Greece was Eirene Ollivander. From the moment she could, she travelled. Did an exchange at Hogwarts, much to her families disdain, and spent years in America and Asia. However, she was twenty two when she settled back in Greece but by then she had fallen in love in so many other cultures. Something that would affect how she raised her daughter and the outlook she had.

Eirene eventually became an auror with the belief it will send her to places only she could dream about. Eventually, she became a hit witch and was assigned a mission to Hawaii. A dark wizard, who had disappeared a year before, had been sighted there and it was Eirene mission to find them. It was here that she met Chris Bordoy. He was a nymph that had been exiled from his own family due to his sympathetic views on wizards and muggles. Naturally, in a place like Hawaii that was renowned for their volcanoes, Chris was a fire nymph that had masked himself as a simple squib. The two met at the bar and it soon became known who the other was, though Eirene was under the belief that Chris was a squib. Believing she could take advantage of his local knowledge, Eirene employed him to help her track down the wizard. For the next month, they worked together to track and arrest him. Of course, by then, they had a love affair and slept together. After the arrest, Eirene was forced to return to Greece. Even though she adored travelling, she couldn't leave her family, especially not for love. So Eirene returned to Corinth, turning her back on Chris. Chris didn't try to stop her, he knew it was futile. The truth would have come out sooner or later and letting her go was the easier option.

However, neither of them expected Eirene to fall pregnant. Nearly eight months later, though, Phaedra Scarlett Ollivander was born. Phaedra was a premature baby and was in the hospital for the next six months before she eventually reached peak health. By this time, Eirene had tried to contact Chris, almost desperately. Alas, the number and address he had given her were vacant. Her letters came back stamped with 'return to sender' whilst her calls went straight to voicemail. Was Eirene surprised? Yes, she was. Chris never seemed the type to do this but she supposed that's what it meant to be played. However, what she didn't know was that Chris Bordoy had another life; a life where she would never be welcome, all because she was a witch. While nymphs were generally very apathetic towards wizards, Chris had learned of a clan in Australia that supported connections between wizards and nymphs, and it was his goal to make it to that clan in hopes he could nurture his nature-given magic in an accepting environment. Ultimately, he achieved his goal, and it was in the rainforests nestled in Queensland that he made a new life for himself; however, as proven with Eirene, Chris was a romantic man, and it wasn't long before he became enraptured with another woman. She was a local, but wasn't a member of the clan; she was a witch. In spite of this, Chris wasn't scared away. He embraced his newfound love and fostered it. The result of it was a union meant to last an entire lifetime. In a way, it did... but it wasn't as long as he hoped.

It was years after they were wed that they began to consider having children. Although they knew of nymphs who procreated with wizards and witches, their greatest fear was that their child would be considered a liability on either side of their families. It was unlikely, but Australia's political and social climate was very bipolar when it wanted to be. Between that and the potential for their child to carry a potent magical gene, they were simply reluctant about approaching that concept. It wasn't until about their seventh or eighth anniversary that they began actively trying to get pregnant. Unsurprisingly, it didn't take long, and nine months later, Avery Daisy Catley and Warren Isaiah Catley were born. Being twins, everyone was very apprehensive about the couple's ability to raise them, and sadly, their concerns weren't exactly unfounded. While Chris excelled at being a father, his wife didn't. She cracked under the pressure, feeling asphyxiated and held down by the children she had yearned for. Motherhood wasn't what she had wanted, apparently, as regret began bubbling. With it came guilt, and of course, it all became one giant bubble of postpartum depression that unfortunately led to her suicide. It was all written down in her suicide note, with a heartbreaking apology for disappointing Chris and their children. Things hadn't shaped up the way she'd hoped, and not even her faith and strength was enough to keep her afloat. Further, not only did the twins lose their mother that day, but their father as well; Chris was never able to recover from that loss.

Over the years, Chris grew resentful towards his children for taking his wife from him. Warren was, as it was, a very difficult child who only got worse over time, and Avery didn't fare much better. They never had that parental guidance growing up, and relied almost exclusively on the support from the clan. Their maternal family had disavowed them, claiming they were the murderers of Tahlia Campbell. However, Avery didn't quite have the support from the clan, either. While men were generally revered by everyone, women were seen as more submissive, akin to society in the 1950s. It was very backward, and Avery simply didn't fit that mold, even from a young age. It made her the target of many senseless attacks, both physical and emotional, from clan members of all ages. Warren thrived, but Avery was left in his wake with nobody to rely on. Little by little, these abusive acts, the pain, the hurt, the rage began piling up. Not to mention, while Warren's nymph abilities had activated and his magic had manifested by age four, everyone was beginning to suspect Avery would be a disappointment. It only fueled their hatred, until one day, a week shy of her eighth birthday, she caved. A friend of her father had given her a beating that night for something minute, and instead of supporting her, her father laughed. It was unsurprising, all things considered, but hurtful nonetheless. And it triggered her.

Luckily, Avery doesn't remember the details of what happened that night, else she might never be able to look at herself the same way. All she remembers is an ear-shattering scream - which was likely her own - before she blacked out. Unbeknownst to her, her emotions triggered both her witch and nymph magic, which colluded to create a monster explosion that ended up lighting the entire village on fire. The raging flames didn't stop until they'd consumed each and every nymph that had ever hurt her, sparing only her brother because of her emotional bond to him. While he might've been absent most her life, he'd never hurt her, and in the end, it's what saved his life. However, they both did get hurt in the explosion by shrapnel from the explosion. Even though Warren remembers parts of that incident, Avery's concussion and emotional duress has blocked all access to that day. Furthermore, a highlight of the incident was that Australian authorities were able to find other relatives of theirs - a woman who claimed to be their aunt from their mother's side. She'd been disowned for a plethora of reasons, but the highlight was that she'd never given up on finding her niece and nephew. You're a part of me, of my sister, she'd said. With the blood samples to attest to their relations, custody was granted to the woman. Freya Campbell.

The years afterwards were a lot better for Avery, even if they came at the expense of Warren's mental wellness. While he claimed otherwise, he grew bitter, angry with his sister for costing him their clan. He knew the truth of what had happened and wanted her to pay for it. In theory, he still does, but the situation is much more complicated than Avery would be interested in explaining. However, when they began studying at Hogwarts, things got considerably better. They grew distanced over the years, but it was to be expected. Instead, Avery flocked towards Luka Belfrey, who remains her closest friend to this day.

Given [ Avery ]It means "wise": in French, "ruling with elf-wisdom"; in English, "counselor." Middle [ Daisy ]It comes from the Old English word dægeseage, meaning "day's eye". Surname [ Catley ]It is a locational name from a place thus called east of Hereford in Herefordshire, or from Catley in Lincolnshire. 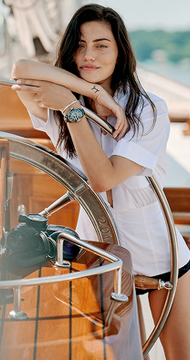 Retrieved from "https://dumbledoresarmyroleplay.fandom.com/wiki/Avery_Catley?oldid=1076522"
Community content is available under CC-BY-SA unless otherwise noted.