Erik Jakobsen was an alcoholic and when he got into his drunken rages nothing good came out of it. He became physically abusive towards his kids when Astrid was born. Apparently two kids was his breaking point. It started out with just some slaps across the face but it eventually escalated into punching. The littlest thing could set Erik off into using any of his children or his wife as a punching bag. However there wasn't any knives used... that is until Axel was 13. Erik drew a knife on Axel and gave him a scar across his cheek. Axel went to the hospital of course... and Axel claimed that he had cut himself accidentally.

The abuse continued throughout Axel's childhood up until he was 17 when he moved out of the house. With only one year left Axel dropped out of school to pursue a career in professional quidditch. Quidditch had been Axel's safe have from his father and he was good at it. Plus there was good money in it. Axel used that money to buy a large house for him and his family in Norway. They moved out of the house and Carina got a divorce from Erik citing 'irreconcilable differences'. Carina won custody however Erik was given visitation days for his kids under 17, which at the time was all of them except Axel and Ida. The abuse continued on those visitation days however until it all came to a tragic ending.

It was a cold winter's day in January, 2027. Magnus, the youngest Jakobsen child was visiting his father. Erik was drinking. Again, then he started to beat on Magnus. However this time, Erik didn't stop. He continued to beat Magnus until he was dead. Erik then took the body and dumped it in the river. Erik told Carina and her family that Magnus ran away. However because Magnus was under Erik's charge and all the other suspicious things that happened to the Jakobsen kids, he was stripped of his visitation rights.

Magnus' body was found two year later by a pair of fishermen. After a through investigation by the Norwegian Aurors, the murder was traced back to Erik. Erik Jakobsen was then brought to trial and found guilty of murder and sentenced to life in prison. However the fact that Erik abused all his kids was never revealed. No one except the Jakobsen family and Axel's teammates know that, and Axel intends to keep it that way. It's better to just leave Erik rotting in a jail cell then to bring his family through another trial.

Because of the way Axel was treated as a child he finds it difficult to feel love or empathy for anyone. The only people he's truly close to are his teammates and family. He struggles to find room in his heart for anybody else. That make him come off as rude, arrogant and cold. He doesn't treat the paparazzi very nice so they usually keep their distance from him. He is however an international Quidditch Player so there's no avoiding it entirely.

Axel's fame does have it's uses... just because he can't feel love doesn't mean he can't have a little fun. Axel's a pretty big womanizer, but he never stays with them longer than an evening. He's worried that they'll find out his secret that he tries so hard to keep covered up. The secret is that Axel is actually a very nice young man. However he's only nice to his teammates and in private. When in public Axel keeps up the facade of being an arrogant a**hole that nobody wants to mess with.

Axel values his privacy which is why the paparazzi annoy him so much. He does in fact have a life outside of Quidditch and no, he doesn't need the public to know about it. They don't need to know his father's in jail. They don't need to know how he really got those scars. It's not of their god damn business. That's how it is in Axel's book. And if the paparazzi get too nosy... let's just say objects have been hurled at nosy cameramen before. Anything that Axel has in his hand or that's closely from a inflatable ball to a beater's bat. (But we don't talk about that incident. Plus the guy deserved the concussion. He literally leaped over Axel's fence.)

Axel's got a short temper a trait he unfortunately got from his father. However it rarely affects him on the field and when it does... let's just say you don't want to on the wrong end of that bludger. Axel's secured quite a number of fouls, but it's never more than one a game. Plus no one's been seriously hurt... yet. That's the last thing Axel wants though, despite the rough exterior he doesn't want to hurt anyone.

All of his points to Axel being a rude and cold quidditch player. However that's not the full truth. When in private Axel's demeanor changes completely. He becomes much more patient, much more caring and a generally all round nice guy. The problem is it's a selective group of people that see this side of him. His teammates and family. To everybody else, Axel's a jerka**.

Classes
None. He Dropped Out.
Appearance 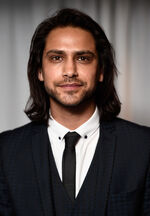 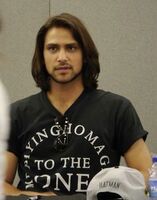 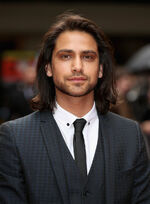 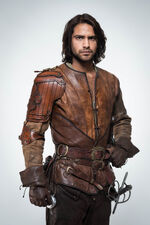 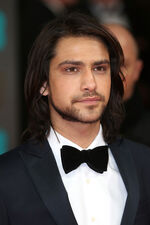 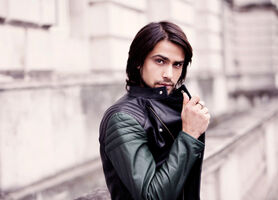 Add a photo to this gallery
Credit to Carn for coding. Credit to Brocky and Tiger for Inspiration.
Retrieved from "https://dumbledoresarmyroleplay.fandom.com/wiki/Axel_Jakobsen?oldid=964165"
Community content is available under CC-BY-SA unless otherwise noted.