Start a Wiki
This character has been requested to be preserved by Admiral CookiAsian. 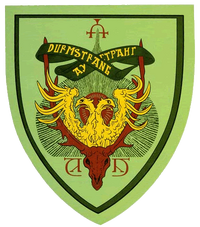 Background
Beckett Savoy, of House Savoy, was born and raised in the Savoy Manor, Constanța, Romania. There he was taught prestigious arts such as the cello, French and German, as well as English. He always thought of himself as the best, being the eldest of his 3 siblings and having no one to show him otherwise. Beckett lived a protected and safe lifestyle until he was invited to Durmstrang Institute, like that of others in House Savoy. Beckett was with top honours among his classmates, He was well known and liked, which only increased his ego. Beckett left Durmstrang at 17 and he returned to his home country of Romania. Not long after, he joined many organizations throughout his life, most predominately the KGB, Romanian Land Forces, NKVD and the Kommando Spezialkräfte. Beckett earned high decorations for all of them respectively. He was conducting an operation somewhere in Eastern Europe when he was suddenly recalled by the German officials to return to Berlin immediately. There he was informed of Duxterra and that he will now serve as the Commissar in the first regimental force of Duxterra.

The result of most of Beckett's skirmishes were elimination of high value targets, high force confrontation success but a high mortality rate for his soldiers. Beckett would often kill off more of his own soldiers than the enemies. He was fiercely loyal to Duxterra, and thought of nothing of himself but a tool for Duxterran expansion. He was recalled back to Berlin the same day as the fateful Fall of Berlin. Beckett fled Berlin and took off for Bucharest, where he will take the first train to Paris and will upkeep a low profile there.

Personality
Beckett is arrogant and prideful most of time. He usually just thinks of himself and himself only. He's also quite brash and loud, often causing more ruckus and noise than needed. His personality kind of switches it between a cold and ruthless man, with little or no remorse or shame. Beckett only values loyalty, respect and honor. His many years in combat has given him a slight insanity. Which has caused Beckett to often talk to himself, and he does, often. 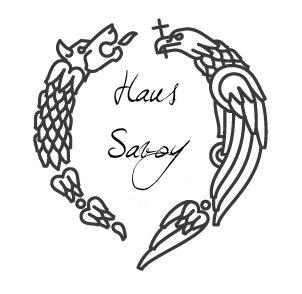 Retrieved from "https://dumbledoresarmyroleplay.fandom.com/wiki/Beckett_Savoy?oldid=337804"
Community content is available under CC-BY-SA unless otherwise noted.