Benji is very much so a curious and adventurous young boy. There isn't a day that goes by that he isn't trying to explore or try new and exciting things. His little mind is just going a mile a minute with new ideas springing into his head about where to find new things or what to create next with his everlasting supply of Play-Doh. Crafting and drawing being amongst his two favourite activities (aside from playing outside of course).

When it comes to his younger siblings Benji is incredibly helpful and caring despite not being much older than all of them. At first he wasn't the best of big brothers, being jealous of the attention his younger siblings got when they were infants, but once he got passed the jealousy he was able to help out quite a lot for being so young himself. Caring for his younger siblings has certainly taught him how to be a responsible older brother to them.

Benjamin Jeon was the first of many to come from the at the time, unprepared Jeon family. Bailey Jeon and his at the time girlfriend Teagan Ryu had a classic case of forgetting protection, thus resulting in Teagan becoming pregnant. It was at the time of her finding out about the pregnancy that the couple decided it was high time they tie the knot. The pair were engaged for quite some time, during their engagement little Benji was born on Christmas day of the year 2026. Having a huge role in his parent's wedding which happened a year after his birth, the little family was sure to grow after that night.

Two years after Benji was born, a little brother named Tate was brought into the world. Benji, although young himself, fawned over the baby almost as much as his parents did. He always wanted to play with the infant and was always upset when he was told Tate was too young to play. Considering Benji still couldn't form whole sentences it normally just consisted of pouting and sulking. The two boys would ultimately end up growing closer as they grew up, which was natural as they shared a room.

At the age of three came along the third child, little Poppy-Hadley. The first girl of the Jeon kids. Three was a big year for Benji as he started muggle pre-school. Although it was a year later than kids his own age due to his late birthday. It was a little unprecedented as Benji is a pure-blood wizard, but neither Bailey or Teagan had the time to home school him with their respective workloads so it was for the best. By now his father was also the Minister for Magic and the family had graduated from Bailey's moderate sized former bachelor pad to a beautiful house with vast amounts of protection. Little Benji was a celebrity in the wizarding world.

Benji was five when the War of Creatures that almost took his father's life broke out. In order to protect their kids, Bailey stayed away from the family and lived alone in their current house while Teagan took the kids to Stagwoods Estate which was their private estate hidden away from the wizarding world. It was a tough time for the family, especially with the fourth and final child coming up soon. After some time without any attacks on the family, Teagan relocated back to their regular home along with the kids. Not long after Noelle was brought into the world making Benji the oldest of four.

In addition to going to muggle school for a basic education, both Bailey and Teagan started slipping Benji into the basics of wizardry. Bailey often times brought him to the ministry to see how things work there and he has since expressed wanting to work in the ministry like his dad when he grows up. Despite being young himself Benji always tried his best to help his parents around the house, doing what he can to help out with his younger siblings. It normally consisted of playing with all of them, but hey whatever keeps all four of them busy.

His first magical experience was a breeze, after all both Bailey and Teagan were pure-blood wizards and were practically counting down the days until something magical happened to Benji. Lucky enough for them, it happened while he was at home colouring with Tate. It wasn't anything odd or aggressive, just random crayons started floating while Teagan was preparing some snacks for the two in the kitchen. While unaware of it at first, she was notified by Tate's crying that something was up. From there on out Benji was to focus more on learning about magic, and it wasn't long before he was accepted into Hogwarts. 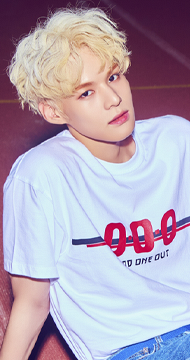 Retrieved from "https://dumbledoresarmyroleplay.fandom.com/wiki/Benji_Jeon?oldid=1055725"
Community content is available under CC-BY-SA unless otherwise noted.