Bethany Westenberg is a Half-Blood witch of Portuguese, and English descent. She is the daughter of Eliana Mina, and Thaddeus Westenberg, mother to Matthew Westenberg.

Bethany was raised in Portugal, among her mother Eliana's family, the renowned Sereníssima Casa de Bragança (Most Serene House of Braganza), Bethany's magic flourished unnaturally early. From her childhood home in a feudal 12th century castle it was discovered that he was a witch by age three.

She took her index finger, and she traced along the stone walls in her room, she left behind marks in the stone. (A very minor Defodio) It looked more like claw marks, however the more she did it, the more evident they became. She was intrigued, and she loved to leave little etchings everywhere. When her father began to notice them he had her mother fill them in, each and every one, while he doled out the negative reinforcement. Bethany was forced to stare at the wall for hours on end, her father knew this would encourage her to attempt to leave traces on the wall without her hand. Which she did. Every-time she did he would 'tap' her. It was sometimes a poke to the center of her forehead or a light thump to her one of her shoulders. She has never liked being tapped, she sometimes hates for people to touch her, even lightly to this day because of it.

She was a caterpillar and a butterfly simultaneously. Under the thumb of her father at such a fragile age she was vulnerable to being squished. The will of her mother would never let her and a young Bethany passed every one of her father's cruel torture tests. He was always been pleased with the success, even the failures of his little girl, and she despises him for it. As per her grandfather Maicol's last wishes the Westenberg children attended the same small wizarding school their grandmother Antia's ancestors attended. Of Thaddeus and Eliana's five children Bethany, and her younger brother Josiah are the only children to have transferred out. Unfortunately for her she was home, and she was there when her sister Renata succumbed to immolation.

Bethany transferred to a magical school in southern France, a school that accepted a large number of students from France, Spain, Portugal, Luxembourg, Belgium and the Netherlands. 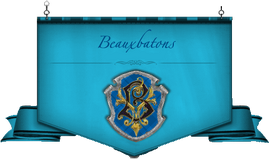 She has always favored Charms, and Transfiguration in addition to the defensive/offensive magic she was forced to learn pick up at home. She fell in love with Potions when she met a boy, a transfer student in her year. After a Christmas party with some friends Bethany, and a rather handsome boy she had known for years shared a night together. The boy was quickly transferred out. He was, unbeknownst to them, banished to his home country. Bethany has not seen 'him' since that night, since that last school year they were together.

She give birth to her son, Matthew, whom she loves more than life. She spent thirty four weeks having no idea she was pregnant. Not until an emergency appointment eight months in. Her mother was more concerned than her father, who was simply considering her lazy, he insisted that since she quit Alvarães, and quidditch at Beauxbâtons she was out of shape.

She graduated from Beauxbâtons Academy of Magic after which she and her son left the country.

Bethany left Portugal as soon as she was able, months after she turned seventeen. She left Bragança behind, and the old castle filled with memories for a new life with her son in Thundelarra. She stayed in Portugal long enough for her mother, and father to get comfortable with her being back at home, with her being able to take care of her son on her own. Within a few months of her homecoming Bethany relocated to Australia. She was picked up by the British and Irish Quidditch League. She and her son have relocated to South Ireland after she was lauded with an offer to play as one of the starting Chasers for the Kenmare Kestrels. Bethany then decided to do what was best for her son, she left Ireland for England. She stole a spot in Wimbourne going from Chaser to Seeker for the Wasps on their starting line up.

After the devastating Round One loss to the Ballycastle Bats in Match Two of the 2025 Quidditch World Cup, Bethany suffered a serious arm fracture that could have sidelined her for the rest of the season. Despite being named "BPF" (Best Player on the Field) Australia's loss, is a loss for which she was ultimately dropped out of the Australian League, and dropped from Thunderlara's starting line up.

She started playing for the Irish team from County Kerry after her loss in the World Cup, Bethany wanted her new team to mirror the success of the Ballycastle Bats (if not the Holyhead Harpies). Slowly but surely, she is becoming known in the British and Irish League for the same "aggressiveness" she displayed when playing for Thundelarra. She made a bold move after her debut season in the British Irish league by leaving the safety of a third place team in Ireland for a last place team in England. She did so for more than one reason. She needed a place that would allow her to be closer to her brothers, a place that would allow her stable care for her son, and a place that was not with her father's favorite team, Puddlemere United.

She frequently considers a career with the Ministry of Magic, working specifically with the Dragon Research and Restraint Bureau. Possibly even the Portkey Office, or the Apparition Test Centre. She has also entertained whispers from her mother to become an Obliviator. Bethany has been told she could thrive among employees of the Ministry, that she could inspire her son . With her already existent knowledge giving her a solid edge from her bloodline, education, and home life that being an assistant would never come close to.

Bethany has two sides to her. The side she shows to public, the camera ready charmer, the beautiful butterfly. And the side she shows around the team, during practice, and with her family and friends, the fearless lioness, the caterpillar before she spreads those wings she still needs to grow. She seems to draw some sort of energy from her personal interaction with people. Bethany was always a precocious child, a sweet girl with the fire of a dragon inside of her.

When she was a young girl she would sneak out of her room at night, and dance with the dragons. She was flying with them, but by saying she was dancing her parents believed she was keeping her feet on the ground. She is her mother's daughter, and when she was that little girl, once upon a time, she wanted to be like her mother. She wanted to be strong, and resilient like a dragon, yet devastating ,and volatile like their fire.

Bethany did have a rather rough upbringing, but she is still a confident, and very sweet, yet very controlled, and slightly forceful woman.

Bethany has the same tight, restrained and mildly mysterious smile, as her mother. She has her grandmother's pale blue eyes, and the same beauty mark between her brow. Bethany has her mother's dark hair, which he likes most when she ran run her fingers loosely though it tossing it about her head. She loves her silky dark hair, and the fact that she looks like royalty. She has a warm skin complexion, and an oval shaped face, and she share her father's structured brow. She is not at all oblivious to her own looks, Bethany knows she is gorgeous and she flaunts it. She also has a list of things about herself that she would change if she could, and she almost never mentions them. 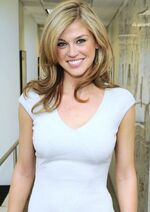 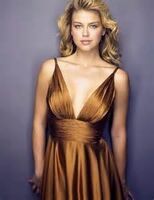 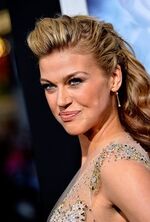 Retrieved from "https://dumbledoresarmyroleplay.fandom.com/wiki/Bethany_Westenberg?oldid=669895"
Community content is available under CC-BY-SA unless otherwise noted.