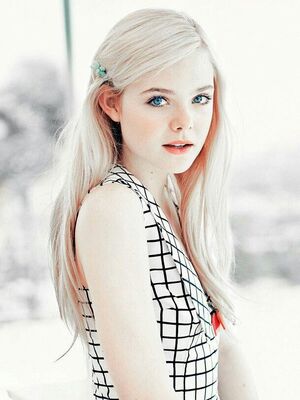 Blake tends to try to be unlike any of her siblings, which normally leads to her ending up acting like them even more. She shares a common trait with her family that she can try not to be, she loves the outdoors and sports. She can easily get any sport she tries at, which transitions well into everyday things. Unlike her other family members, Blake only likes sports that involve being high up and basically everything that involves being high up in places or on things, which is why she is always high up in places, hanging upside down a lot. She is extremely competitive, almost as much as Matilda. She knows a lot of tricks for when she is up high or in the air.

When it comes to close friends, Blake will never let them go, as she believes that they are a way for her to get over Lillian. Towards her family, Blake is very talkative and open but to new people, she is the complete opposite, barely talking to anyone she doesn't know or didn't start talking to her. She is extremely clingy to her family and close friends. It will take Blake a while to warm up to someone but when she finally does, Blake will always try to make someone do something up high or just complain up the cold, which she still hasn't gotten use to.

TJ and Adelaide were Australian wizards that found each other through work. TJ played seeker for the Wollongong Warriors while Adelaide was the manger for the Thundelarra Thunderers and they met after a game at a bar and hit it off. They started to date after that and 9 months later after their second date, Daku was born.

After few more years and a few more children , Blake and her twin Lillian were born, the last of the Lich children and TJ and Adelaide started to settle down, living in Wollongong because that was were TJ grew up and him and Adelaide wanted their children to grow up in Australia.

All of Blake's siblings had gone to a small Magic school in Wollongong, just like their father, so Blake was excited about going to the school, so she kept trying to do magic earlier in hope that she would get to go to school earlier. The first time Blake ever did magic was less exciting then she thought, as no one noticed it until the next day. While Daku and Matilda were getting their surfboards ready for a whole day of surfing the next day, 8 year old Blake was annoying them to let her help them and go with them tomorrow, but the both said no because they wanted to get it done and where they were going would be way to ruff for Blake, so Blake unintentionally jinxed the wax on Daku and Matilda's boards to be the complete opposite to what it should be doing, making them slip of instead of helping them stay on, so when they went surfing the next day, Daku and Matilda couldn't even get on their boards, so they came right back home and showed TJ their boards and he found that someone jinxed the wax on the boards. Being that Blake was the only other one that was near the boards, all of the Lich family all celebrated on Blake's first sign of magic.

Soon after Blake and Lillian's 10th birthday, TJ was offered to play seeker for the Falmouth Falcons, so TJ and Adelaide packed up the family, moved the England and signed all their kids up for Hogwarts. Blake unlike the rest of her siblings, didn't fit well into England, finding it to cold for her but when she found out she was going to be in the same school as most of her family and the same one her great-great-great-great grandfather, stopped complaining about the temperature to everyone but Lillian.

Blake and Lillian's friendship would soon end when a cold winter went through and Blake and Lillian spent all day outside, until Lillian stepped out on the frozen river on their property, falling through the ice. Blake rushed over to where Lillian fell in but it was to late. Daku and Matilda found Blake sitting by the lifeless body of Lillian. Daku took Lillian's body back to the house while Matilda tried to keep Blake warm. 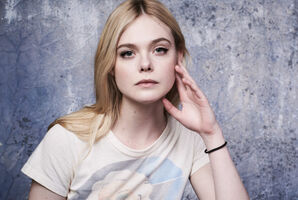 Add a photo to this gallery
Retrieved from "https://dumbledoresarmyroleplay.fandom.com/wiki/Blake_Lich?oldid=1012412"
Community content is available under CC-BY-SA unless otherwise noted.