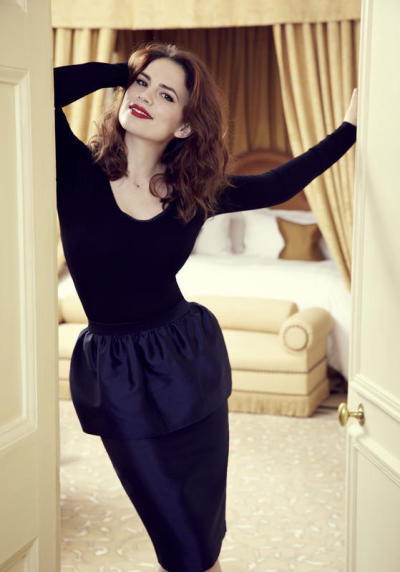 Brianna Eleanor Lancaster is encapsulated in the term 'interesting.' Keen to network, and thus find the people she will hold dearest to her heart as friends, she opens her heart to many, but the inner workings of her mind and soul to very few. It is for this reason that she seems to be the very definition of the phrase 'too much heart', too willing to sacrifice her own comfort and happiness to accommodate another. However, this doesn't completely encapsulate who she is as a person.

She has the 'little spark of madness' that has never quite died, which shows itself in the way she seems to bounce quite erratically from interest to interest, from subject to subject, without an apparent connecting path — following whatever pathway her brain takes her in, which is practically never the typical 'yellow brick road.' Besides this, she often finds herself more manipulative than she intends to be; prior to coming out, her parents adored her, practically treating her like the second coming of Christ himself, and many that she meets seem to be endeared by her jack-rabbit-esque personality to the point they appear to be blinded to a great many of her misgivings.

Call her the seemingly innocent woman who has people wrapped around her pinky. (She's chaotic, shown in the way her room is laid out (in her defence, it's organised chaos, she knows where everything is) but thankfully she is able to make things work slightly more efficiently, largely due to the same organised chaos, but it's kept out of sight easily enough.)

She's a deeply sensitive woman, too, wounded by the pain of others while ignoring her own, most easily exemplified by the way — when her parents rejected her younger brother — she followed Oliver out of the door. Brianna is, in essence, the sort of woman who would most likely cry because she stepped on an insect of some kind, or apologise repeatedly for five minutes after accidentally hitting you in the face. She does nothing by half — she will be your most supportive friend, and she loves so hard she leaves little-to-no room for herself and is broken whenever her relationships end badly.

When she's upset, it's a tsunami of emotions that you simply have to ride out, because there is no way to temper her until she is ready, but the worst one is anger. It's hard to tease anger out of Brianna Lancaster, but once done, you have made a passionate enemy — the easiest way to do so is to harm her brother in any way, emotional or physical. And her anger is not ingenuous in the way others might outright rage, her anger is more...slow-burn, smile-to-your-face while planning to ruin your life from within anger. That doesn't always work, sometimes with people figuring out her ruse before whatever plan she came up with comes to fruition, but there are examples of things coming to pass (one of which landed her in a holding cell — it was only a few hours, but the record exists.)

Brianna Eleanor Lancaster was the first-born child of Louis and Elizabeth Lancaster, born slightly early, and was thus born on a sofa at the residence of a family friend in Camberwell, in South London. The family were muggle-born but had a history of magic through her father Louie, a Slytherin alumna. Their mother, Elizabeth, was a full-blooded Veela — Brianna to this day assumes she assumed the name to blend into wizarding society, and still, in a dark corner of her heart, doubts the ingenuousness of her relationship with their father. She knows well the charms of the Veela women. However, the family was one forged of support and love, and from the moment she was born, the half-Veela child was regarded as a light in their lives. Although she was sensitive, she was also vehemently independent in her early years, rejecting a lot of the support offered in favour of figuring out how to do things on her own. She was very happy to embrace the fact that she would be gaining a younger sibling, a brother, spending some considerable time with her mother to be closer — she was four when Oliver was born, and their coddling of him was something she embraced and became a close part of. So, it can be said that from early on, Brianna became her brother's greatest defender.

It was in a scenario like this that Brianna's magic made itself apparent, and, it seems, caused a considerable scene for the Obliviators to have to clean up. Their home was quiet, in spite of being in London, or perhaps it was just quiet comparative to the rest of London, and their parents made a modest living; they didn't have a lot, but they were happy, at least.

While Brianna was the social butterfly who seemed to have more friends than one could possibly keep track of (which made birthday planning a pain in the neck) Oliver was a quieter but optimistic little boy, and it was these types that tended to be more of a target for the playground-bully types. Upon hearing of this, eight-year-old Brianna — who, her family had begun to think, for all her other talents, was a Squib — finally showed immense display of magical power by causing the three children (who were around her age, rather than Oliver's, which begs the suggestion 'pick on somebody your own size') to reappear, tied upside down by their ties to their ankles, upon a swing frame which promptly began swinging quite profusely, the swings themselves barely missing their heads several times, and exclaimed: "Ha! So I am a witch! Take that, Dad!" before taking her brother's hand and leaving the play-park to return to their home nearby, never noticing that once they turned the corner, the swings did in fact smack into the bullies' heads before falling still.

That particular emphatic display was the only major one until her Hogwarts letter, but, given that it had been attested to by many irritated Obliviators who had to meticulously go through everyone who might have witnessed the event within a bustling capital, they could not deny that their daughter was both a witch, and one hell of a protective mumma bird. Growing up, their parents' treatment of Oliver varied dependent on his emotional state. Brianna, being a woman, was permitted to be sensitive and emotional because that fit the 'traditional' values to which their parents adhered, but when Oliver did so they came down hard. She spent a large chunk of her childhood having to defend him from their onslaught, and they once again came together in union when her second sibling was born.

Brianna was very used to being 'the golden child' — so when this 'miracle child' came onto the scene, she felt almost as though her toes had been stepped on. Oliver, too, seemed to struggle with this new development and the loss of attention, though he never lost his position as his older sister's favourite. Once he had warmed to the younger child, too, it was distinctly more difficult, and Brianna herself did not warm to the girl until just after Callie turned three. Shortly after that, of course, she received her Hogwarts letter, and struggled with separation from her brother. Upon arriving there, she was sorted into Hufflepuff House. Her greatest regret is being at Hogwarts when his first sign of magic happened, rather than getting to witness and celebrate it herself, but it was worth it for the pride when Oliver finally joined her in her fifth year, also being sorted into Hufflepuff House.

Upon graduating, she drifted through several professions. She'd picked up a drinking habit from the circles of people she spent time with at Hogwarts, and this became worse as she hid the secret of her sexuality from all except secretive nights at clubs where she hoped nobody would recognise her. Their parents were traditional, so it wasn't hard to guess they wouldn't take well to finding out they had a lesbian daughter. However, this went out the window once Oliver came out; Brianna could hide no more. She stepped in, revealing her own sexuality to deflect the attention from him — the difference between them was that he was sixteen, and not yet an adult, so they wouldn't kick him out. Their twenty-year-old daughter, however? That much was fair game, and it was in this way that she ended up having to make a way in the world.

Once she had an apartment, she came back and moved Oliver out of his homophobic home, challenging her parents to meet her in court if they had a real problem with it. Legally, they were his guardians, but unsurprisingly, nothing came of that challenge and he became an adult under her roof. It's been hard to hide her alcoholism from him, but she's managing. Just.

WIP
Retrieved from "https://dumbledoresarmyroleplay.fandom.com/wiki/Brianna_Lancaster?oldid=1036692"
Community content is available under CC-BY-SA unless otherwise noted.