Start a Wiki
Inactive
This user/character is inactive for the following reason: She is trying to track down the father of her child by whatever means necessary.
This user/character will return: Probably not anytime soon... Please excuse the inactivity.

Brianna Richards is a Half-Blood witch of American descent. She is the daughter of Lisa and Henry Richards.

In one of her overwhelming fits of emotion Brianna had finally performed magic for the first time. She was in her room pouting up a storm, the air was thick, and room felt cold, and looked very dark, and grey even with the sunlight streaming in through the window. Without her knowledge Brianna levitated the majority of the objects in her room. Her dresser lifted off its legs. The nightstand wobbled in the air. The books, and the bookshelf rattled as the front end and the back dipped while it rose upwards. The desk and chair, even the shoes, toys, and throw rug floated while Brianna's face was buried into a pillow as she balled her eyes out. It was not until she sat up, each item hovered momentarily then dropped to the floor as she wiped her eyes and sniffled forlornly. Her bed, however, remained a good two meters off the ground. When Brianna went to throw her legs off the bed, and stomp around her room the frame fell from beneath her rebuilding itself on the way down. As she, and the mattress she was sat upon descended downward following the frame far enough for the tips of her toes to touch the floor as the mattress set back in place. Brianna was proud of herself, and she kept her secret until her letter arrived approximately three weeks later. She spilled her guts to her mother, and siblings with the same excitement as if she had just performed the feat only moments ago.

She spent a few weeks after learning they would leave for Hogwarts utterly depressed. A few days after receiving the first of many 'Goodbye' letters that year which only added to the pain in her heart. Being separated from Amelia is always emotionally devastating for Brianna, Amelia possibly being Sorted into some Hogwarts house they could not share left her in a state the family was unprepared to alleviate. It would only be one school year until the twins would join, Xavier, Harriett, Brianna and Amelia, if they were able to join Amelia, at Hogwarts. The Ilvermorny school year was nearly over, Brianna had returned for the Christmas break, and the fog, the clouds that followed Brianna since she had gone seemed to dissipate, of course, once her father reminded her of what she was losing the sullen little girl returned.

It was early in the school year barely a full day into September when the Richards siblings were sorted.

Amelia had been Sorted into Ravenclaw, she was a Princess in another tower, or so Brianna believed when she imagined how happy Amelia must have been away from their father, away from home. There was no way imaginable Brianna would to be able to join her in Ravenclaw. She never thought herself to be dim, but she never though herself to be rather bright either. Brianna pouted furiously, and cried in a silent rage all the way to her room, the Gryffindor dorm. It used to be a burden, and she hated Hogwarts for further separating her from Amelia. She never spent much time in the tower, and she snuck out constantly. After Xavi, Mal, Chris and Alex were all Sorted into Gryffindor alongside her she lost that lonely feeling. It did nothing to soothe the hurt of being so far away from Amelia. Nothing ever could.

For her Seventh, and final year Brianna did a couple of crazy things. She applied to be the Champion for Hogwarts during the Triwizard Tournament. She crushed hard on three unattainable classmates in the span of about twenty weeks. Two of them are gay, and the other remains completely out of her league. She did not let that storm of heartbreak beat her down. Brianna took her savings from her part-time job as a shop keeper, she smashed open her piggybank, and she splurged. She tried on a beautiful, red, lacy, one shoulder gown, and she fell in love with it. From the moment she heard of it she always wanted go to the Yule Ball, it sounded so elegant, and she knew it would be an unforgettable memory. She hoped it would have been with a date. Not having an escort did not stop her from ending the night with an excellent goodnight kiss from Durmstrang's own Mitch Dempsey.

She learned she was pregnant with her first child, a boy, in May of 2029. Brianna did foolishly think she was in love with Mitch when she decided to give herself to him. They had a wonderful time at the ball together, he seemed to her like such a sweet, gentle person. She thought he was nothing like her father, and so she falsely placed her trust in him. Her slightly improved marks, her consistency in school, does not whatsoever reflect the emotional, and physical condition she was in during this time. Brianna spent the last few months of school pregnant, and not knowing it. She attributed blatant symptoms such as frequent vomiting to "stress" or sudden weight gain to "depression". She was in denial for much of the time.

Brianna's son, Cullen Tighearnach Dempsey, was born on September 22nd, at 2:29 am. He weighed 7 pounds 3 ounces, and he was 19 inches long. Brianna got to play mommy for less than an hour before his paternal family found him, and snatched him away. The Ministry contacting the family for child support alerted the Dempsey's to the news of their grandchild. Being more financially capable to care for a growing child than a teenage single mother might ever be, the Dempsey family has been granted temporary custody. Brianna would have had to go through all the proper legal channels if she wanted full custody of him, and at best she was only going to be granted supervised visitation.

Shortly over a year after Cullen turned one Brianna received word from Dempsey family that Mitch was not in fact Cullen biological father. She regained full custody of her son as of January 2031.

Brianna is a little bit of a baby, she is extremely emotive. She only had her sister Amelia until her younger siblings were born. She is faithful, and she is affectionate. She is also able to quickly adapt to the slightest change in any given situation. She is responsive, always picking up on the little things most people miss. She is clingy, literally living in the shadow of her elder sister for the first seven years of her life. Brianna while being dedicated, observant, and noble is also a slight narcissist. She is not confident in her abilities, she is not even arrogant in the way one would think. She is always, and quite possibly over concerned with how a situation may or may not interfere with her life.

Brianna has had long light brown hair, she sometimes used the color charm to make it appear blonde. After she loped the majority of her tresses off, she chose not add color as often as she once did. She has dark brown eyes that are very expressive, capable of showing the fear in her heart when she refuses to tremble, and able to obviously display the love she feels, but may not be able to voice. Brianna has only one striking similarity to her beloved elder sister that she knows of. Brianna shares with Amelia the same creamy, pale, alabaster skin. Brianna does however have a more triangular shaped face, with a strong set jaw, and a subtle point to her chin. 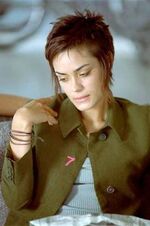 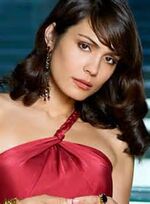 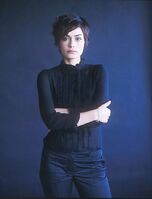 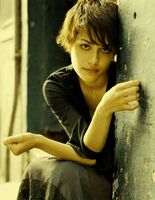 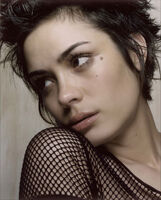 Retrieved from "https://dumbledoresarmyroleplay.fandom.com/wiki/Brianna_Richards?oldid=762478"
Community content is available under CC-BY-SA unless otherwise noted.