This Character was adopted by Nymira

Cade Washington was born (2002) to Isabel and Roger Washington, both Pure-Bloods. They are very loving parents, and they work in a small Muggle shop that sells antiques. He is lucky enough that they're both alive, and well. 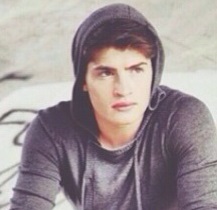 His mother and sister were sorted into Gryffindor, and Cade, like his father, was expected to be a Ravenclaw. Almost as soon as the sorting hat touched his little head Cade Washington was proclaimed a Hufflepuff. He was reluctant at first about what people would think of him, he didn't want to be seen as weak, and good-for-nothing. His parents support him fully, and so does his sister, even if she does tease him about it to no end. "Hufflepuff is underestimated, but we use that as an edge because we are never what is expected." Most importantly, Cade is happy, and he's found he fits right in although his twin sister, Eleanor, is his closest companion even though their personalities are very different.

Cade just wants to live a normal Wizarding life, reading and even sitting quietly for a moment. He sometimes wishes he were a little more like his twin sister Ele, lively and fearless. Her way does not suit him, and he is okay that, some days. Unfortunately, Cade hasn't gotten his wish. When he was seven years old he went for a walk near the woods, and was dragged away by a werewolf. The werewolf meant to eat the little boy completely, but luckily Ele found him. She was so angry that she made the ground around the werewolf explode, injuring him, and sending him off. Since then his transformations have been terrible, and ugly; he still hasn't gained control of them and has to lock himself up somewhere secure so he doesn't attack.

Within his first few years of suffering though the torturous, and agonizing switch from a human to a wolf-like creature every full-moon, the complexity of Cade's affliction became apparent. He seemed to have developed an allergic reaction to the well known Wolfsbane Potion. While it would otherwise aid him after his excruciating metamorphosis, for a mysterious reason that no one can explain, in Cade's condition he reacts very unfavorably. He often begins to experience what could be called a psychosomatic disorder. It may have something to do with nervous impulses going to the body, which are not fully understood. The nearer the Waxing Gibbous, and Full moon the more dramatic Cade's "shift".

Cade can sometimes be shy, he is usually very easy going, an he is known to be kind to everyone, always giving the benefit of doubt. He isn't clumsy, he isn't very stealthy either. He might have been a tad gullible in the past, but Cade is never to be mistaken for stupid. He tried his best not to let anyone know about his werewolf condition, he always felt it was something he should be ashamed of. Self-inflicted scars, premature aging and all, he still wishes for a normal life, he still likes to sit quietly for a moment.

Cade has gotten over his insecurities related to his lycanthropy, he has embrace the wolf. He is a werewolf, under the full moon he becomes a fearsome and deadly wolf-like creature. Has a tendency to become a bit more abrasive, and stubborn, he can be sarcastic, and completely insensitive. But he isn't always like this, Ele refers to this as his couple days of "bite".

Astronomy : Cade did not choose to learn about Astronomy because of his "condition", he developed an appreciation for the universe. He fell in love with the solar system with those twinkles and dots that sit high in the sky unbothered and unfettered until some are inevitably burned by the heat of the sun.

Potions : Cade, alongside his sister, and a few other mutual friends worked hard to find a potion, or variation of the Wolfbane potion that would work for him. Their dedication paid off with each of them becoming rather skilled in the subject to varying degrees. Cade knows Ele is the master between them, but he is no dunce.

Herbology : Cade always had a preference for Herbology because of his love of mysteries. Even with a solid background in plants the sentient ones can reach out and throw a monkey wrench in any plan. Some of them can literally reach out and touch. He likes to sit and watch them move, he finds it pleasant.

Healing : Cade has a bit of Healing skill under his belt that he would never boast about. It is very useful to him as he would never seek to hurt anyone. When that animal inside him does something beastly, the human that he is would want to right that wrong. The knowledge he has of Charms and Transfiguration plays well into his skill set.

Add a photo to this gallery
This Character Has Left Hogwarts

This character is a Hufflepuff!

Retrieved from "https://dumbledoresarmyroleplay.fandom.com/wiki/Cade_Washington?oldid=577823"
Community content is available under CC-BY-SA unless otherwise noted.