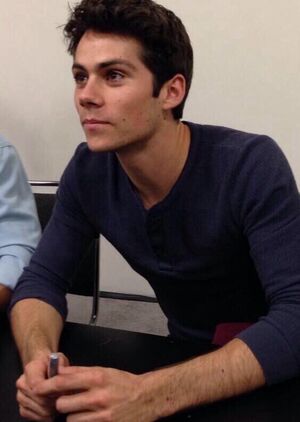 ⋇⋆✦⋆⋇
i'm right over here, but why can't you see me?

Cassian has always been an exuberant person. He's lively, loud, fun, sarcastic and naturally extroverted — often seen in parties and social gatherings, and is often the instigator of things that usually don't end well. It comes to no surprise then, that he was a troublemaker as a child. The number of vases and other important artifacts that he broke in the halls of the Royal Palace of France was immeasurable, much to the chagrin of his father who was the head of the royal guard. Nonetheless, people loved Cassian's energy and vibe. He's friendly, easy to talk to, and is practically a master of small talk. More or less, it's appropriate to label him as a social butterfly.

Despite everything though, Cassian craves deep emotional connections. Because he's so friendly, most of his relations with others (sans his parents and a very small selection of people) only scratch the surface level, and he sometimes finds it hard to take it further. Like sure, he's happy to talk and hang out with people — would often be the one to initiate that — but he's sometimes taken for granted because others would think that he's happy and has his life together that they don't bother to ask him if he was okay or whatever. Another factor is that most of his life has circulated around one person — his childhood best friend (and the one he loves most), Matthieu Valois, that he didn't really think he'd need to be closer with others because he already had his ride or die. Which is why, when they had a falling out sometime in their late teens, Cassian really took it to heart and fell from grace. It was really hard because him and Matthieu shared a bond that transcended friendship, and it didn't help that he was hopelessly in love with him too, even though he knows that Matthieu does not feel the same way. So, yes, while Cassian might seem like your typical lively boy-next-door who's always happy to lend a hand and strike up a conversation, he has his demons, too. He's just good at hiding them.

⋇⋆✦⋆⋇
and i'm giving it my all, but i'm not the guy you're taking home — i keep dancing on my own

Cassian was born into nobility. His mother, Fantine Montagu-Scott hailed from a well known pureblood family in Great Britain, and his father, Marius, descended from the long line of Fauchelevents that served as head guard of the French Royal Family for centuries. As a result, Cassian lived and was raised in the palace with his older brothers — Cassius and Caspian, who are twins, by the way — as well as the other children of nobility. He was a rambunctious child and often got in trouble for breaking some of the artifacts in the palace (though it was nothing too serious because everything were easily fixed with a simple Repair Charm), much to the chagrin of his father, but it was fine because it also made him well-known, and almost everyone in the palace became fond of him and his antics.

His favorite person though, growing up, was Prince Matthieu of House Valois, whom he considers considered his best friend. They grew up together, did everything with each other, and were practically attached to the hip. They were almost inseparable, and it didn't help that they lived under the same roof, often sneaking into each other's bedrooms to stage their almost daily sleepovers, playing games, eating junk and whatnot. They were each other's person, and they knew their bond transcended more than just friendship. They were brothers. Which is why, when Matthieu discovered that he was a squib, Cassian was the first one to reach out to him and comfort him. He gave him the emotional support that his friend needed, and he showed Matthieu that he truly cared. He even went as far as promising that if Matthieu wouldn't be permitted to go to a magical school, then Cassian would refuse to go as well. His best friend appreciated the thought, but they both knew he'd be forced to attend Beauxbatons anyway, especially after Cassian had his first sign of magic — managing to repair a vase that he broke.

And so, after he did, in fact, get forced into going to school, Cassian would always try to find a way to get expelled, back in the early days, but to no avail. He was stubborn, sure, but he was also afraid of his parents' wrath, especially his father's who was very adamant that Cassian will not bring disgrace to their family name, or else he'd face the consequences. He made peace with it though, eventually, and he decided to use his experience at Beauxbatons instead as some sort of looking glass for Matthieu to look through, so he could relate with the magical world and still learn. Cassian was glad to be of service, because all he ever wanted was to see his best friend happy, which inadvertently also led to some revelations about himself during his teenage years. Some complicated stuff about his sexuality, and other things. But the bottomline is, since Cassian's childhood (and basically his whole life) mostly revolved around Matthieu, it didn't really come as a surprise to him when he realized that was starting to develop feelings for his best friend. Still, he kept it to himself because he was afraid that things would get weird between them, and the last thing he ever wanted was to lose Matthieu.

Of course, this story isn't a fairy tale, and the thing Cassian feared the most soon came to pass. Sometime during their late teens — with Cassian's crush soaring to new heights, and Matthieu growing increasingly upset at himself for being a squib — something terrible occurs, and they have a falling out. Cassian was telling Matthieu stories about Beauxbatons when the latter lashed out, tired of hearing things he'd never be able to experience, and punched the former on the face, effectively breaking his nose. Cassian was hurt, physically, yes, but more so emotionally, because he didn't know where it came from — he only wanted to help his friend. Matthieu stormed out and nothing else was ever the same.

They stopped talking to each other, with Matthieu becoming a recluse, and Cassian spiraling into sorrow and self-doubt. He cried himself to sleep most nights, and he often wallowed in despair — the Cassian of old that was lively and exuberant disappearing for a while. But as people often say, the sun will rise again, and little by little, Cassian picked himself up and moved on. He was able to get his old aura back, but he knew that deep inside, nothing will ever be the same again. So yes, while his exterior might seem back to speed, his inner feelings would suggest otherwise. Still, he was feeling significantly better, and he had to be grateful for that, despite still not being on speaking terms with Matthieu. He wanted to though, so badly, but he was afraid that the other still hated him. He eventually graduated from Beauxbatons and decided to start writing a book about his and Matthieu's story, pouring his feelings out and projecting everything into paragraphs and sentences. He knew that the chances of them ending up together was slim, so he allowed himself to bring his fantasy to life in the novel he was writing. At least he can say that he was able to have him, even if it wasn't real.

When he heard about Matthieu's abdication though, and his subsequent move to the United Kingdom, Cassian knew that it was finally time to be brave, and fix what was broken. Under the guise of needing a fresh environment to finish his book, Cassian followed Matthieu across the English Channel and started renting a flat in London so that he could be closer.

Retrieved from "https://dumbledoresarmyroleplay.fandom.com/wiki/Cassian_Fauchelevent?oldid=1045812"
Community content is available under CC-BY-SA unless otherwise noted.