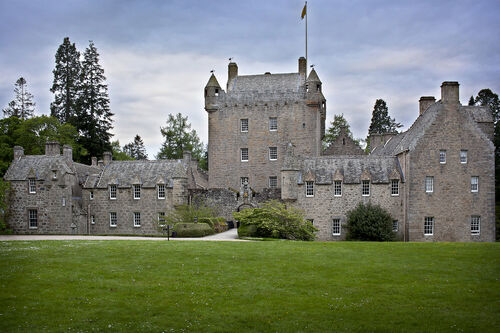 This small castle resides near Moray. The place is unable to be found by wizards or muggles alike, unless given permission by Melzar. The castle is currently inhabited by Hans Schneider and his uncle Melzar, who is usually away on important trips around the world. Surrounding the castle is the woods of Dumbrok, named so after an ancient wizard battle, where Scottish wizard Desmond Dumbrok won a duel against English wizard Henry Staars. The only way to head is the Main Hall

Melzar Schneider (Usually not in.)
Add a photo to this gallery

Retrieved from "https://dumbledoresarmyroleplay.fandom.com/wiki/Castle_Melzar?oldid=862951"
Community content is available under CC-BY-SA unless otherwise noted.