Chanelle is known largely for her bright and positive attitude. She's been raised on the belief that everyday can be a good day if you try hard enough to make it that way and, subsequently, she tries her best to spread that mentality and positivity wherever she goes. Although many take this as Chanelle perhaps being weak-willed, more so the kids at muggle school, she has a strong resilience and refuses to go down without a fight on whatever she does. She's known to try over and over until she succeeds and she has every intention to apply that to magic. Chanelle is also of the mentality that everyone deserves a second chance and, consequently, she's very forgiving and understanding - or she tries to be, at the very least. In addition to her kind demeanour, a lot of people have taken advantage of her kindness in the past and although she's trying to stop that from happening as much, she doesn't intend to lose any of her compassion. Moreover, Chanelle is a very loyal friend. Though she might not agree with her friends all the times and has no qualms with telling them her mind or telling them to grow up and the like, Chanelle is very, very loyal and will stay with someone until they destroy the friendship entirely, if not, ever.

Chanelle, like everyone, does have her bad days and in said days her values can go out of the window. She's not adverse to being grouchy and stubborn whenever she's feeling under the weather and, at times, it can be a battle to make her do things she would readily do otherwise. One thing she never does, however, is take out her anger wholly on someone else. Sure she may snap at people and can be vicious with her words if she's in a really bad mood, but she'll never say anything to intentionally make people feel bad. She, instead, prefers to write stuff down and then burn it or throw it in the wind or into some water. She's of the opinion that this method helps clear the negative emotions rather than doing things that could bring them back afterwards. Chanelle's the type of girl to cry under her duvet rather than show someone her tears, though she has been known to cry in public if she's that saddened by something. Likewise, her outbursts of anger are more likely to be concealed away out of fear people might view her negatively.

The story of Silas Chevalier and Michaela Finnley and their romance is much like any other school romance. The Slytherin and Hufflepuff were, in their seventh year at Hogwarts, just friends. With Silas having moved from France some years before, Michaela had taken it upon herself to be his friend - a familiar face in the halls of Hogwarts. Quite a few people in their year didn't believe that their friendship would last any longer than the final term at Hogwarts but, perhaps against all odds, the two continued their friendship into adulthood. Both enjoyed the other's company and thing, as they often do, developed between them and the two became an item.

There was never any doubt that they, as a couple, were extremely ambitious. For Michaela, a desire to help the less fortunate had taken her to Lil Bundles where she felt her true calling laid. Silas, on the other hand, returned to Hogwarts as the Care of Magical Creatures professor, the interest in the subject having led him back. Both had aspirations to rise in their careers and that was, for all intents and purposes, the main drives in both of their lives. Neither saw any reason to let anything cloud their careers and both were extremely supportive of the other, making for a healthy relationship.

Chanelle's conception when the two were twenty-two came as a shock to both of them. Whilst there had been talks amongst them about starting a family one day, neither had planned for it to be in their twenties as their career aspirations still ruled their lives. Though the thought of a child much sooner was one that scared Michaela more so than Silas, the two braced themselves for lives as parents - moving into a house in Hogsmeade so they could both be close to their workplaces and have a good basis for a family life. And, in the beginning of the summer season the following year, a baby girl was born. Naming her Chanelle Victoire, the two were overjoyed and content with their small family.

After Chanelle's birth, the family were able to settle down. Being in one of the three hearts of magical Britain, Chanelle grew up being surrounded by magic. Her early childhood was filled largely with trips to Lil Bundles where she was placed in the daycare so her mother could continue her goal of climbing the ladder - something she achieved by becoming proprietor of Lil Bundles. On the odd occasion she'd even get trips up to Hogwarts, mostly to Silas' office, but the sight of the castle alone remains as one of her earliest memories. Her childhood got a little more exciting when her uncle, Cian Chevalier, was placed in Lil Bundles and Michaela and Silas worked overtime to adopt him to bring him into their family away from any previous hardships he may have faced. In the span of a year when she was three, Chanelle went from being siblingless to having her uncle, essentially, becoming a brother of sorts.

Growing up now with another person close to her age, Chanelle found life infinitely more fun. It helped that she and Cian were close and he let her be rough and tumble with him, especially as she grew to have more control of herself with the growing dexterity of growing up. A testament to their closeness was how Cian was the centre of her first magical experience when she was seven. After having a particularly fun play fight during the Christmas when Cian was home from Hogwarts (something she hated seeing him go to but she knew he was close in distance), Chanelle had managed to make his wand levitate. At first she was convinced he was the one doing it and threatened to get upset if he was messing with her but, upon realisation that Cian was just as shocked as she was, Chanelle felt pride in having her first magical experience and the rest of the Christmas break was spent with her asking Cian for all the knowledge he had in terms of magic.

Subsequently, Chanelle spent the next four years waiting until she herself got her Hogwarts acceptance letter. With her father rising from Head of House to Deputy Headmaster and, in the year she was meant to attend, Headmaster, Chanelle was always bugging him to tell her if she was accepted or not. He always kept the answer behind pursed lips and, even as Michaela stepped down from her role as Owner of Lil Bundles, refused to tell Chanelle anything. Needless to say that when Chanelle did get her acceptance letter she was over the moon and is anticipating the life of magical education before her, having been sorted into Hufflepuff. 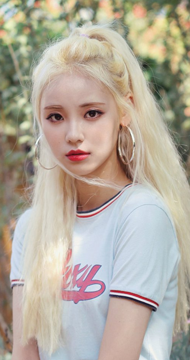 Retrieved from "https://dumbledoresarmyroleplay.fandom.com/wiki/Chanelle_Chevalier?oldid=1039068"
Community content is available under CC-BY-SA unless otherwise noted.