Dumbledore's Army Role-Play Wiki
Register
Don't have an account?
Sign In
in: Characters to be Preserved, Sofia The Odyssey, House Fawley,
and 12 more 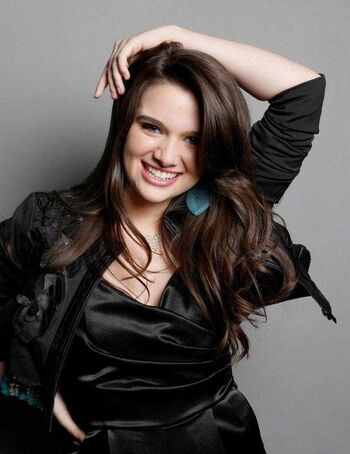 Chantelle is quite naturally talented. After all, she is the most talented in the family. She is not like her sisters, but that is a given. At the same time though, she loves being her own person and doesn't shy away from talking about her talents. There's no such thing as wasted potential when Chantelle is concerned; it's all or nothing when she gets involved because there are two sides to every coin - try or don't. More often than not, it's always on the try side; Chantelle lives with the mentality that those who don't try, don't get far. She doesn't exclude herself from this either.

As she got older though, she picked up this sort of commanding expression. Perhaps it had something to do with her dream of being a producer at LBC becoming real. Or maybe that she merely wanted to be a strong and independent woman. Though that former bit is a lie; Chantelle is anything but strong. She's a real softie, and probably would not be opposed to being squished like a teddy bear - assuming that it is someone that she loves in question. A good hug though, never hurt anyone, Chantelle included. Oh, if only the world's problems could be solved with a little love and a couple dozen hugs; that's probably just wishful thinking on Chantelle's part. Speaking of which, she does a lot of wishful thinking. Maybe too much for her own good.

Perhaps the Fawley Family had it well off. Or rather, really well off.

Wentworth Fawley III and Wilhelmina Crouch had been a couple set up with an ambition of greatness, yet they never were ones to agree to playing by the rulebook. In fact, they knew what they were doing, which was quite definitely not what their families thought they were doing. It all started with an off-putting purchase of a warehouse. Naturally, to anyone with enough sense, it seemed normal except for the fact that it is a warehouse. But the warehouse served a greater purpose; it'd come to be the reason of existence for a nightclub. A nightclub in Hogsmeade of all places. But one can hardly say that Hogsmeade did not need such a thing; in fact, it more than needed it. It brought much-needed life outside of the summer breaks of students. At one point though, the couple found themselves with something else; children. It started with Gianna. Then came Renly as he prefers calling himself. After him though... came Chantelle. And this is now her story.

Chantelle Aspasia Fawley was the couple's third child and only their second daughter. Gianna might have been the brilliant one, and Renly the one who is good-looking, but Chantelle had the talent. She most definitely had the talent. Admittedly, it did not come with the birth, but it'll come to be as the years pass. It all started early in her childhood; one which was normal yet not for a child of a Sacred 28 family. Far from the spotlight, Chantelle found a sort of escape of normal life in modeling dough and clay. She developed a knack for sculpting and art in general, but it came to be not more than a hobby, as during her time in a muggle primary, she found beauty in dance as well. Though, her magical sign would come to see her set a sight in a different direction; she made her own clay figures dance. Something about it was beautiful; perhaps it was because she did it. Either way, it sparked an interest in her that she'll never let rest.

Chantelle would come to start Hogwarts only two years after her older brother Renly, getting sorted into (tbd). She found herself at ease in Hogwarts; perhaps a bit too much. Academically, yes, she was performing as need be, but it was not out of any real desire to do a lot of learning. She never did put down her talent with art and dance, and while it did not impair in any way, shape or form, it did still make her want to aspire for something to do outside of school. And her hopes would be answered when a couple months following her 16th birthday, she received perhaps the best news of her life. She acquired a position in the Lumos Broadcasting Company as a Producer-in-Training, with emphasis on the in-training bit. She was not exactly old enough to pick up a full producer role, but yet still, she was grateful to even land the position.

Now in her seventh year, Chantelle has high expectations for her ever-so-talented self, and perhaps high hopes to do well, but she's got a long road ahead...

Community content is available under CC-BY-SA unless otherwise noted.