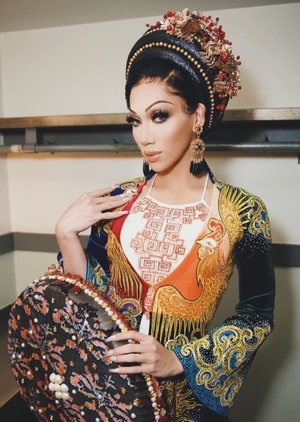 Brodie is a fairly pleasant guy to be around; known for wanting to have fun and make everyone around him have a good time, he's a regular at parties and get togethers. It has been through his charismatic personality that he has been able to amass quite the friendship group; the height of his popularity being in Year Twelve when he was able to move to a new Sixth Form and fit in perfectly. He also has a way with words that lends itself to bettering his charm. No matter what emotion or motive Brodie has - whether it be manipulative, charming, extroverted or malicious - he tends to use the perfect words to convey said emotions. It was often said, and continues to be said, that getting into a verbal fight with Brodie is a form of suicide. Subsequently, at school Brodie earned the nickname of the best 'roaster' going. Thanks to his proficiency in words, Brodie is largely confident and can tackle most things head on without a second bat of his eyes. Brodie is also known for being quite calm; he rarely gets angry at anything and would always give someone a second chance so that they could redeem himself. That doesn't mean he's to be pushed over, however, as Brodie is largely stubborn and that - paired with how malicious he can be with his words - means that he can be a person that few people want to intentionally get on the bad side of. The only thing in his life that Brodie lacks confident in is his magical abilities. Coming from a family renowned for their magic and being the Squib brother to two half-bloods who are said to have more power than their pure-blooded cousins, Brodie has began to feel sub par, especially since moving to the wizarding world permanently. Whereas before he would pay little mind to it, now he finds himself fixating on how much he lacks in terms of magical prowess. In turn, however, this had led him to perfect the few spells he can do, making sure that all stages he performs as Cherry Poppins are spectacular and an event to be seen at. In terms of his negative emotions - sadness, anger, anxiety and grief - Brodie prefers to write them down and then burn the paper. Whilst simple in technique, he finds that it's a very cathartic way to rid his mind of all the negative emotions. Some stronger feelings such as intense sadness or extensive grief are written down and then kept, with him figuratively burning some other paper in it's place. He does this so he can remember how he felt and then build upon it to further build up his emotional response. Brodie likes to consider himself as someone with a backbone of steel but also a strong person; he wants to be the person who's strong in a situation where everyone else perhaps might be weak. Sometimes he feels like he tries to attain that role too much but, most of the time, he sees it as a way of thanking those around him for being with him

Cherry Poppins is a very loud and confident character known for her cruder jokes and meme-centric humour. Though people have said this means she panders largely to the younger crowd, Cherry likes to retort that she has other things for the oldies to enjoy too. Loving her name, one of Cherry Poppins' catchphrases is "I'm Cherry Poppins and for all the new comers out there, I'm gonna pop ya cherry!" Though she's not all strictly sex, Cherry likes to play on her name a little bit. The performance style of Cherry Poppins is very much relatable yet still elegant and poised. One of her favourite party tricks is to be composed, down a drink and proceed to pull as many stupid and obscene faces as she can. She believes that, if one can't have fun at mocking themselves, reading others and jabbing at colleagues is something one cannot do. Cherry often hosts a segment of her shows where the audience can read her and make comments about her look that night, her behaviour or about her in general. She loves this as she finds a lot of people are creative geniuses and that she can learn from some of them. Cherry largely performs with music from the mid 1990s to 2020 as she feels those songs have the best beats out of all options. That and why would she miss up the opportunity to walk off stage to the like "You'll never see me again"? One of Cherry's favourite artists to perform to is Adele as her lyrics often lend themselves to dazzling magic tricks - some that Cherry can perform on her own and others that she enlists in the help of her boyfriend to help her perform. One of her favourites, to the lyric of "I set fire to the rain," is having sparkles come down above the audience as if the rain itself was on fire. You don't need to tell her that she's creative; she already knows.

Vincent and Heather Nguyen were never supposed to meet, not if their parents had any say in the matter. You see, both were taught to fear the other's species vehemently. Vincent, a muggle, had been shooed away from all things magical when his older brother, Eugene, had been revealed to be a wizard. His traditional family couldn't handle the oddity that Eugene brought and subsequently shunned him and scaring Vincent to fear wizardkind. Heather, on the other hand, hailed from a long line of Vietnamese wizards and had been told that muggles weren't worth her time and, for the most part, she believed what her parents told her. Even their initial meeting was down to some freak chance. Having grown up as exclusively magical, Heather often found herself blundering around in the muggle world - somewhere she visited from time to time to see some muggle-born or half-blood friends when they lived a muggle lifestyle. Whether it was the curiosity within her, a rebellious streak or just the wonder of the muggle world, each time she went ensured that a bigger part of her wanted to explore it more. Still blundering, of course. It was in one of her off expeditions that she had ran into Vincent and asked him for directions. A conversation was struck up beyond there and the rest became history pretty quickly. Neither sets of parents were happy about such a pairing so, when Vincent and Heather got married some year and a half later, it was no shock that they were cut off and left to fend for themselves.

Vincent and Heather didn't mind being cut off; they had found their parents' rules and regulations for their lives to be too restricting and made living unenjoyable. Sure there were times where they missed them or had hoped that they could ask for some guidance but, for the most part, they were content being strictly in each other's company with both believing that they didn't need anyone else. They were so madly in love with each other that, naturally, children came in quick succession to the marriage. First was a daughter, Alice, then a son, Davis, and a final son, Brodie, brought up the rear. Both had automatically assumed that all three of their children would be half-bloods, as was natural of a muggle and pure-blood offspring, and thus the three were brought up in a muggle-magical environment hybrid. A routine had developed early on whereby Vincent would home school them about muggle things and Heather, with the aid of KwikSpell Tutoring, would teach them about magic.

Brodie was always a little different when he was compared to his siblings. Given their mother's magical prowess, they showed signs of magic early on in their lives. Brodie, on the other hand, seemed to struggle in that aspect. His parents weren't too worried and, in fact, they braced themselves for him to take his magical heritage on. Neither really knew the logistics of witch-muggle breeding and thus assumed that the likelihood of them having a muggle child was up there. Thus, when Brodie went passed all ages for magical experiences and was eventually confirmed to be a squib through the knowledge of Alice's Hogwarts education. Subsequently, he was weened off of magical education and was put forward to be strictly muggle. Like many squibs, he possessed enough magic for some weak incantations but the only interest he had in magic was to create sparkles and glitter - something his parents found harmless enough.

At eleven, unlike his siblings, Brodie was sent to the local secondary school and was encouraged to throw himself into school life. Being young enough, he had vague memories of magic but was old enough to know that performing it wouldn't be good for him. Though he liked living the double life, the pent up excitement he got and the subsequent feelings of emptiness from not being able to show anyone around him was what led to him throwing himself into his school life. From Year Seven all the way up until Year Thirteen, Brodie was the top of his year in most subjects. Being ever social, Brodie was also within the in crowds throughout his time at school, never once facing any repercussions for being flamingly gay or flamboyant. He was, for all intents and purposes, the model student; achieving the title of Head Boy twice in Year 11 and then Year 13.

When it came to universities, being so gifted academically, Brodie had the pick of the litter with where he wanted go to. It was a shock to nobody that he applied for Oxbridge and got accepted at both, eventually choosing Cambridge to study medicine with goals of being one of those hybrid Surgeon-Youtubers. For the first year there, Brodie was happy and excelled much to the expectations of everyone. He seemed to have his mind set on achieving his degree and was making his parents proud. Needless to say when he got deviated the summer between first and second year and lived in Hogsmeade with his brother during that time and fell in love with the wizarding lifestyle, a spanner was thrown into the works. It was during this holiday that he met a local drag queen, Miss Maybelle Leen, and got an interest in drag. Brodie had experience with makeup; he had done his mother's make up for a while and thus the makeup of most of his female friends and that meant he could construct a feminine face with relative ease. By the end of the summer that year, Brodie had established an up and coming drag name for himself - Cherry Poppins.

The timeline from then on was very quick; Brodie expressed his desires to his parents and they made him promise that, so long as he was happy, he could pursue the drag occupation (that and if he could teach his mother any new makeup tricks he found out). Thus, within six months of the summer, Brodie had dropped out of Cambridge and took Cherry Poppins hard on and all the time.

Retrieved from "https://dumbledoresarmyroleplay.fandom.com/wiki/Cherry_Poppins?oldid=1049586"
Community content is available under CC-BY-SA unless otherwise noted.