Travis Charles Knight II was born to Travis Charles Knight I and Charlotte Clark. Travis I was a Marine recruiter in their home town. From a very young age Travis II knew he wanted to go into the Marines like his father. In HS he was the school's star running back and participated in NJROTC. He had a close circle of friends that wanted to go into the service like he did. Upon graduation they all went their separate ways each of the five going into a different branch. Travis went into the Marines as an enlisted man. After Boot Camp and before his first deployment he married his HS sweetheart and former Cheer Captain, Caroline Harris.

Travis went out on his first deployment that was a year long. However it got extended to about a year and a half before he returned home. But Travis didn't complain, in fact he was the perfect Marine. Travis returned home to his wife for about nine months before he was assigned to another deployment. This time it was two years long. However during Travis' time at home... Caroline became pregnant. Due to being away overseas, Travis missed the birth of his first and only son, Christopher Travis Knight.

About a year into Travis' deployment when the Super Stallion he was in was shot down. Everyone on board except for Travis and his best friend in the squadron was killed. Travis had minimal injuries while his buddy was badly hurt. Unfortunately for the duo, the insurgents that shot down the helicopter enclosed on them. Determined to keep his buddy alive, Travis held them off until help could arrive. And he did, for six long hours. Unfortunately for Travis just as the Huey was arriving... he was shot in the back by an insurgent. Travis and his buddy were quickly evacuated from the scene, but Travis would be paralyzed from the waist down.

Travis was awarded the Medal of Honor for his actions and was given a Medical Retirement. When Travis was finally released from the hospital Christopher was eight years old. He was so excited to see his father again that some thing very strange happened... one of the flower vases shattered. Seemingly at random and no one could explain it. The incident was written off as a very odd event and the family moved on. That is until Christopher's 11th birthday when his letter from Salem institute arrived. Christopher was a wizard. His parents of course were confused at first but they got over it. Avalyn wanted to be magical and go with her brother, but alas she hadn't shown any magical signs as of yet.

So come September, Christopher was off to Salem. However during his first year Travis and Caroline met a magical British couple that described a better school in England. Travis was hesitant to leave the states but eventually agreed with Caroline's encouragement. So the family packed their bags and left for England, and Christopher went off to Hogwarts, where he has attended school ever since.

In Chris' fifth year, his father was diagnosed with advanced-stage mesothelioma. A lung cancer. But Chris' dad was a fighter and exceeded all expectations the doctors had. They said he wouldn't last three months. Travis Knight lasted eight. He fought the cancer every single step of the way, until his lungs finally couldn't take it any more and collapsed.

Unlike Travis, Carolyn didn't take the cancer well. She cheated on her husband with some random stranger in a bar. She sent Chris an owl in a panic, which left the poor 16 year old in a very difficult position... tell his father or let him live out his last few days in peace. Chris chose the latter, despite how difficult it was for him. Unfortunately for Carolyn (and Chris), her one night stand resulted in a pregnancy. She played the child off as Travis' (as stated previously... Travis didn't let the cancer beat him) and Travis believed her, hoping he could stay around how enough to meet his supposed youngest child.

On Thanksgiving Day, 2030 Caroline went into labor. It was a very difficult labor because Caroline was much older than she had been when Chris and Avalyn were born, and she didn't survive the process, leaving the care of Avalyn and the baby, named Madison to Chris. Chris, who was still in Hogwarts and no choice but to drop out and pick up a job as a bartender at the Three Broomsticks leaving Avalyn and Madison at Lil' Bundles during the day. But at night, they were coming home with Chris, which is what mattered. They still had a home.

Christopher can be summed up pretty well in one simple word: Bada**. He doesn't take s*** from anyone. It's a really bad idea to mess with this guy. He'll kick your butt six ways to Sunday. He's got the size and intimidation factor to back it up as well. He's very physically fit.

That being said... he does have a heart. You'll just have to dig underneath all the iron skin. Christopher can be very nice and friendly to his friends. It's just a selective group, but there is one sure way to earn his respect... if you hail from a military family Chris will treat you a little better. He respects the military from any country.

Chris is loyal as a hound to his friends and family. He'll never turn his back on them. He'd rather die than abandon a friend. His closest friends and family include: his father, his mother, his sisters and the children of his father's friends. If you so much as dare pick on any of them Chris will pound you into the pavement without a moment's hesitation.

All this said... Chris can be a little brash, insensitive and rude at times. He'll also come off arrogant as hell. He's confident and knows who he is... and if you don't like it, you can shove it, and well if you're rude first... prepare for hell 'cause Chris is gonna bring it, and he's one person you don't want to fight.

Christopher Knight is only good at one Hogwarts subject. Defense Against the Dark Arts. He's wired for combat and is an excellent duelist/fighter. He is however very aggressive, so that's his weakness. It's kind of hard to exploit though. He works his butt off to get good marks in the other subjects though, which means yes Chris is a very hard-working individual.

Because of all the shit that Chris has had to go through, a lot of the life has left him. His eyes are much more cold and dead than they used to be as sleep is now a rarity for the boy. What with working 10 hour shifts five days a week at the Three Broomsticks and having a crying baby to care for. All at 17. It's a miracle he's even getting by. This also means, his tolerance for shit from his friends has gone to extermely low levels. If they don't want to stick by him through this... that's their problem. 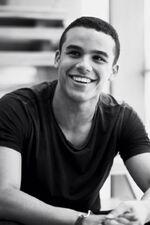 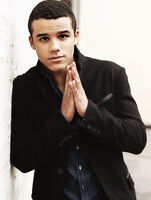 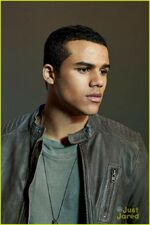 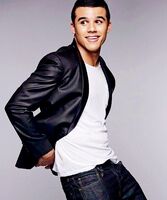 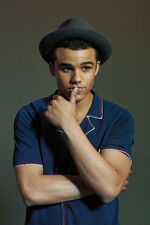 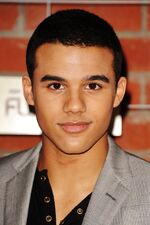 Credit to Carn for coding. Credit to Brocky and Tiger for Inspiration.
Retrieved from "https://dumbledoresarmyroleplay.fandom.com/wiki/Christopher_Knight?oldid=919257"
Community content is available under CC-BY-SA unless otherwise noted.