Claire was born in Bordeaux, France on April 4, 1988 to a Pure-Blood wizard , Pierre, and a muggle woman, Corrine. Her father worked in the French Ministry of Magic while her mother ran a small flower shop. They met one day when Pierre came to by flowers for his girlfriend at the time. When that relationship turned south,Pierre remembered the cute girl from the flower shop, and decided to take shot with her. Now, they have three, happy children and live in a small quiet home in Paris.

Claire has two older sisters, Giselle and Crystal, who are also witches.When they were younger,they didn'y have the best relationship. The two older girls always picked on Claire, causing her to learn how to defend herself. Now, the three sisters get along a great and act like bestfriends.

When Claire was eleven, she went to school at Beauxbatons, along wth her sisters. For good luck, she was given a magic pearl necklace by her grandmother, that has been passed down through the family  for hundreds of years. It protects the person who wears it from certain curses. Throught out her years at school, Claire became quite popular. Becuase she was always picked on, Claire decided to join the Beaxbatons dueling team so that she would be able to defend herself from her ssters. She discovered she had quite a knack for it and quickly began defeating the school's top duelists. She eventually became the Beauxbatons Dueling Club Captain and France's number one, junior duelist.  Upon graduating, Claire decided to go into work as a healer so that she would be able to help thse in need. She moved to England and got a job at St.Mungos, since it was one of the best Magical Hospitals in the world. She trained there for several years, eventually becoming a healer focusing on injured and sick children. While treating a patient, she heard of a job opening at Hogwarts for a school healer. How much better a job could there be? She immediately sent an owl to the Headmaster, expressign her interest. After her interview, she was offered the job, and she galdy took it. She worked at Hogwarts for several years, teaching students healing, and healing those that had been hurt or sick. she decided to take a few years off, and now hopes to return to her position. 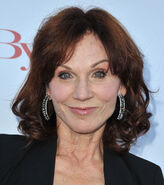 Claire's sister, Crystal
Add a photo to this gallery

Claire is a determined and intellectual person. She will not let anything get in her way of completing a task. She is also extremity brave, and would die to protect the ones she loved

Claire is very talented at defensive and healing spells. She can produce a patronus in the shape of a penguin.

1 of 4
Add photo
Retrieved from "https://dumbledoresarmyroleplay.fandom.com/wiki/Claire_Belrose?oldid=979402"
Community content is available under CC-BY-SA unless otherwise noted.