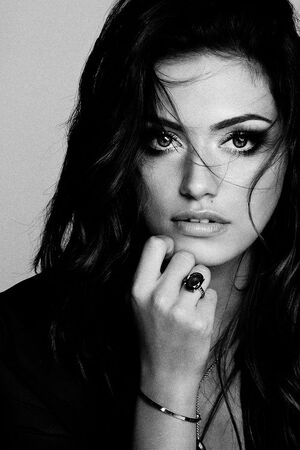 Job: Besides being a Dark Wizard, nope.

Clarity is a Rude and Badass girl. She always says the harsh to truth even when most dont want to here it. Do to this she hardly has any friends but only because most people cant handle what harsh thing may come out her mouth. Sometime if she has a crush on someone or just really likes the person she can be nice.

Clarity Havens was born on May 4 to both her parents Destiny and Alexander Havens. While growing up Destiny knew of her powers. Her mother who was a witch decided that she would teach Destiny the ways of dark magic. Clarity who was only a young girl had no idea what diffrent types of magics there were just that she wanted to make her mother proud. When Clarity was around 10 she began getting bullied but older children because everyone suspected that her mother was into witch craft. Clarity who loved her mother very much defended her but it always resulted in get beaten up.

When Clarity was around the age of 11 her parents got into a very bad car accident which resulted in both of them getting killed. Clarity was devastated and after that horrible day she became dark and hateful. When muggles would come to bully her she would black out and when she regained consciousness they would all be knocked out cold. Clarity also became very rude and manipulative to everyone around her. she would never get to close to anyone or let anyone care for her.

It was when she was 12 that she received her hogwarts letter and stated to attend school there. When she started school she was sorted into Slytherin. She never really talked to anyone but a few people. This made many kids think she was just shy but really she just never trusted anyone. In her years went by slow do to not having any friends but she was able to make it to her 7th year at the age of 17.

Retrieved from "https://dumbledoresarmyroleplay.fandom.com/wiki/Clarity_Havens?oldid=471898"
Community content is available under CC-BY-SA unless otherwise noted.