This character has been requested to be preserved by Jiskran.

Connor was born in 2006, June 21. Years later Connor was a very curious child, he always wanted to know everything, his father died of cancer on August 21, 2011 so he had to move in with his mother in England: they'd only met once, which was his day of birth, but by the time they had a strong bond in early 2017.

Donna (His mother) decided to tell him that he was a Wizard and that he would be going to Hogwarts School of Witchcraft and Wizardry at first Connor thought it was a prank until he got to Diagon Ally. In Diagon Ally they got all of his equipment for Hogwarts, when he left for the train Connor was still unsure if this was a prank or not until he got to Hogwarts he was fully convinced. There he met fellow Wizards but they did not associate with him, then he went to the Great Hall for the sorting ceremony and he was sorted into Hufflepuff and would start his new adventure as a 1st Year in Hogwarts.

Connor is noble and brave and also loyal but has a very short/hot temper and is struggling with his injuries, and the reduction in his active vocabulary and access to memories. (2019) The temper issue has passed as Connor has made his peace with what he is - and isn't. He is fearless to the extent that he struggles generally to grasp the concept of fear - he has enough difficulty with is/is not.

Connor didn't know his father very well because he was always at work and Connor always had a babysitter look after him but whenever his father was free they would often have nights out and watch movies together and try and build up a father/son bond.

When Connor first met his mother in 2011 they did not know each other very well but as the years grew they became more connected and had a strong bond by 2017. Donna was in the Second Wizarding War by her 7th year at Hogwarts school.

+ the occasional 'random' spell, some useful, some less so, from his short-circuited memory

Dueling - Connor was very skilled in dueling and has beaten many people in his lifetime. However, post the attack, he lacks diction, speed, fluency and above all confidence for such pursuits.

Quidditch - Connor has never played Quidditch but has watched people play it and adapted to it. 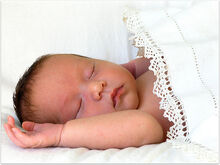 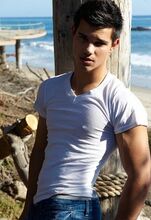