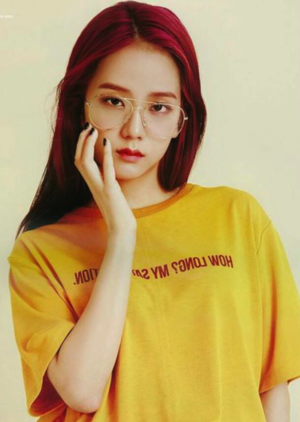 Cordelia is, by all intents and purposes, a textbook example of being a daughter raised in an affluent setting. Not the spoilt, bratty example - the immaculate everything persona. She's prim and proper, disliking the more vulgar language in fears that it takes away from her being seen as a lady - she is, after all, a claimant to the disposed imperial titles of Korea and a former member of the Presidential family of magical South Korea. Add all that up with the fact that she's among the oldest of the Taejo kids and you've got a girl who wants to be taken seriously through her manners and sophistication. She likes to speak well and be articulate at all times, refusing to sound infantile or to have people doubt her unjustly. Manners are a big thing to her and thus she wouldn't be caught dead not saying please or thank-you. Although she can use slang and colloquial versions of everyday words, she much prefers the longest variant. Some in her year wonder if she reads a thesaurus every night to come up with such long-winded sentences to explain small things (she totally does). None of this, however, is to say she's boring and can't have fun. She can do both of those things and well, thank-you very much. Her sort of humour tends to be embedded in her words, the type that takes people a while to get what she's saying. Those switched on might find her hilarious instantly and, to those people, she's forever grateful - makes interacting a little less hard. She can let loose too; though her personality might scream that of an aristocratic British person or a person raised with strict Korean values, Cordelia loves the culture of Great Britain and does what every other seventeen-year-old does - she can get drunk, go to parties, crush on a variety people and all the rest of it. Whilst it might be a bit jarring to see her at a party at first, put on a good song and she'll show you that she can have a good time. Against her wishes when she was younger, Cordelia has taken a liking to sarcasm. She doesn't know what branch of sarcasm she wants to make the basis of her humour, but all she knows is that she can use it and she's quick with it when she does. Cordelia, naturally, values her education and it isn't unusual to see her study in her free time. She has high hopes for her life in the future - Minister for Magic, that's the ultimate dream - and she knows what she has to do to get there. Just the thought of a bad grade is the equivalent to a teenage pregnancy scare for her. On first impressions, perhaps the most important part of someone's personality, Cordelia flip flops between coming across as articulated and confident in herself and being meek and mellow. It depends on how she reacts to the person, what situation she's in and how she's feeling overall. This does, inevitably, lead some people into underestimating her but she doesn't care - she likes proving people wrong.

Never underestimate Cordelia Taejo too much, however. For however meek, shy and prissy she may appear, she has a backbone of steel and is incredibly resilient. Anytime someone tells her she can't, she'll do all in her power to prove she can. Resilience is something that was taught to her growing up and she's grown into it considerably. For her to not bounce back from something is an indication that it is something too hard, too devastating for her. That is, however, a rare occurrence as she refuses to let it happen too often. Cordelia often feels as if she has a large amount of pressure and expectations on her. She knows, given her personality and how she conducts herself, that she is partially to blame but she can't help but wonder if people exaggerate such things as to make her suffer. She knows her family and close friends must do it on accident but when random people tell her that, when she fails to do something, they expect more from her, she can't help but feel suffocated. Moreover, for however in touch with her emotions Cordelia is, she tends to have one big breakdown every single year without fail. She calls it a 'restart' but, really, it's the consequence of trying to be so perfect. The breakdown usually takes the form of her closing up, throwing away her usual coping mechanisms of studying, practising spells or venting in a diary, and instead she'll isolate herself as to not make it worse or - in her mind - bother anyone with her trivial feelings.

Time for a quick history lesson: visualise with me. The year is sometime in the late 14th century, place: Korea. Or, as it's known at the time, Goryeo. Korea's been under the occupation of the disintegrating Mongol Empire for some years, and at war for much longer. The ruling dynasty of Goryeo is losing its credibility - the royal family keep intermarrying with the Mongol Yuan dynasty imperial family, and are genuinely poor rulers. If you were a citizen of Goryeo at this time wouldn't you agree it's time for a change?

Well, that's exactly what happened. General Yi Seong-Gye had gained power and respect during the late 1370s and early 1380s by generally just being a great military mind, and in the wake of the rise of the Ming Dynasty in what is now China the court of Goryeo splits into two factions, one of which was led by General Yi and one led by a rival general. To put things simply, General Yi supported the Ming Dynasty but was chosen to lead an attack against them - he said no thanks and turned on his King, carrying out a coup d'etat that ended in the deaths of the king and his son and with Yi in control of the throne, at first through a puppet king and then with his own coronation. And that, in 1392, marked the end of Goryeo and the rise of Joseon, ruled by the newly-christened Taejo. Highest ancestor.

Now fast forward a few centuries, to the late 1800s, when Emperor Gojong of Korea rules. Yi Deok-Mi is born, a daughter of Gojong and princess of Korea. With controversy surrounding her birth (rumours that she was born to a Japanese woman seemed a popular theory), Deok-Mi was hidden away from all eyes; muggle and magic alike. Although she was still styled as Princess Deok-Mi for a large portion of her childhood, as soon as she reached the age to attend Mahoutokoro, her name was promptly changed to Taejo Deok-Mi after her distant ancestor in order to avoid all connections between her and the imperial family. After choosing to live in seclusion in Seoul, Deok-Mi now serves as the link between the current Taejo Family and the royal house of Yi - enabling her descendants to have claims to royal titles.

Fast forward again to Deok-Mi's six-times great granddaughter, Taejo Ha-Neul. One of the main pretenders to the magical Korean throne, Ha-Neul grew up in Seoul in the same palace that her six-times great grandmother had lived in in seclusion, and eventually attended Mahoutokoro. It is here that she met the muggle-born wizard Hwang Yoon-Chul, who wooed her. Though against Ha-Neul's wishes, he was more than happy to take on the surname of Taejo - the two reached a compromise with having their children take on her surname instead of his, rather than he himself. Ha-Neul is too fond of tradition.

The couple had three children in quick succession: Mi-Ah, Mi-Kyung and Hae-Won, before Ha-Neul's career took a different direction. She joined the ministry, and embarked on a political journey with the end goal being President of Magic. Of course, she took some time out to give birth to her next two children: Iseul, and finally, Mi-Yeon. Around a year later, Yoon-Chul took the children to Britain so that they could attend Hogwarts, and a year later Ha-Neul was elected as President of Magic of South Korea.

Mi-Kyung was given the name Cordelia when the family moved to Britain, her mother's love for Shakespeare being a key factor. She wanted her second daughter to be resilient and do everything for the right reasons. Perhaps it was something too pushed upon her for those two elements would make up the better part of Cordelia's personality. Cordelia adapted to life in England fairly quickly, picking up the language with an ease and definitely responding to the culture there better than that of the Korean equivalent. She enjoyed the freedom that was given to her and, just like her mother had done, she set her aspirations high in regards to her future. Though the option of Kwikspell Tutoring was one her father had hoped Cordelia would choose - as to immerse herself in her magical roots from a young age - she ultimately ended up choosing to attend a muggle primary school. Being so young, whilst she had feelings that her family were different, she never could pinpoint what it was and thus decided to do the norm in Britain.

Cordelia's childhood was, as expected, good and uneventful. The most excited she got was when she was seven and cracked a door in two when angry once. Originally thinking she was some sort of monster, she was calmed with reassurance from her father that it was normal for them. From then on, though she still attended her muggle primary school, the involvement of her father teaching her the basics of magic became a larger part of her life. Though she dabbled in a few Kwikspell lessons here and there, Cordelia's primary learning influence was her muggle school as she refused to have herself disrupted. Olympia leaving for Hogwarts, naturally, caused her to become more interested in magic, but it was by no means an easy thing to let go of the muggle-ish life she had led thus far.

Cordelia's now in her seventh year at Hogwarts, having received her acceptance letter at the age of eleven and being sorted into _____ house. Having been the eldest Taejo at Hogwarts for the past few years and, in this upcoming year, having all three of her younger siblings with her, she feels an unprecedented amount of pressure to lead them in good form so that the Taejo name isn't tarnished. After all, her mother's just joined the family after her second term as the President of Magic of South Korea.

WIP
Add a photo to this gallery
Retrieved from "https://dumbledoresarmyroleplay.fandom.com/wiki/Cordelia_Taejo?oldid=1075686"
Community content is available under CC-BY-SA unless otherwise noted.