David is just one of Franklin & Diane Rockefeller's four children. Ah, yes, the Rockefeller family. They're just stereotypical American family, with the white picket fence house, the dog, and a powerful name to back them up. Except they're wizards and have a long history in the entertainment industry. They've been important figures throughout the history of Wizarding USA, though in subtle ways. They were important back in the Prohibition Era, known for bootlegging liquor and owning speakeasies across the main states. Their ancestors were known for being radio hosts, for being musicians, for being the source of America's entertainment. The Rockefeller family have always been an exception to a lot of the rules throughout history. For them, law enforcers have looked the other way. While that wasn't much to say a century ago, nowadays it says a lot. They're important figures, and not acknowledging that might just cost you a lot.

David has always felt like he could care less about his family's history. He loves his immediate family but feels like the family's history just isn't that important. Sure maybe they did some things that were cool or made them some money but it's not like that mean he can do the same thing...or would even want to. He lives more for the immediate and how he can accomplish his goals now than trying to lay out long term strategy for his life.

Overall his childhood was a bright one. Franklin and Diane always dotted on all their children, ensuring they knew they were loved and cared for. David and his siblings faced difficulties, sure, such as the ever-growing amount of paparazzi that tried to get pictures of them, but overall they had a good life. Coming from a wealthy family, David has always gotten what he's needed and then some more. David's always been a giver and while he appreciated the effort his parents would put in he always felt a little guilty about all the things they had. All of the kids helped with the parent's charities especially in the poorer communities and it always hurt him just a little to see just how impoverished some areas were. That's one reason he thinks laughter is so important...everyone needs it no matter how rich or poor you are.

Being the youngest David's also always had older siblings to look after him and help him if he needed it. He never had any issues feeling safe or comfortable since he knew even if his parents weren't close by one of his siblings would be. He may have cried wolf once or twice to prank them (especially Frances) but he's learned to be careful since after the first (or in Frances case second) time you call someone just to prank them they stop coming. Rather you have to be more creative on how you lure them in. He loves and trusts his siblings and really does try not to push their trust of him too much.

David is a joker at heart. He loves making people smile and laugh even if it's at him doing something stupid. He loves the attention, making friends, and is extremely energetic. He's extremely smart and usually puts his brains and wits to pranks, jokes, puns, parody or other comedic avenues. He's very charismatic and easily attracts others to him. He's almost always happy and upbeat Feeling like the world would be a better place if there was more laughter in it. He especially loves his siblings and does what he can to always keep them smiling.

David is highly extroverted and loves to be the life of the party. He's always preferred more social lessons where he can work with others than book reading. He's not great at essays and tests, but excels at practical magic. While he does well enough in school and lessons his real gift is taking what he's learned and applying it in creative and inventive ways, generally with the purpose of trying to make laughter.

He also enjoys music. He has little musical talent of his own (setting him apart from the rest of his talented family) but always loves to hear music and enjoys dancing to it. While he'd prefer to be somewhere civilized with plenty of people from hikes and rides with his older sister he's learned that nature can be a very calming place where you can go if you need to be alone...though why you'd need to be alone is beyond him. 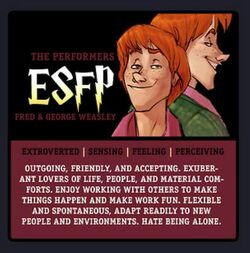 David is about average height and weight for his age. He's got brown hair and eyes giving him a dark charming look. He dresses nice like he's been taught.

His faceclaim is Gregg Sulkin.

*His MBTI is: ESFP
Retrieved from "https://dumbledoresarmyroleplay.fandom.com/wiki/David_Rockefeller?oldid=1075693"
Community content is available under CC-BY-SA unless otherwise noted.