Declan is a fifth year Hufflepuff. He's known for being a pretty good student, and generally kind, and sometimes a bit shy. He's very musical and can often be found singing in the Hufflepuff common room.

Declan is very caring and sweet. He hates to be rude, and will try and phrase things just right in order to avoid hurting another person's feelings. He puts an enormous amount of effort into being positive despite his own positivity issues. He often feels that there is no point to life, even if he's had a relatively good day; seeing even one person feeling down, or feeling a bit down himself, makes him feel a bit upset; why can't the world be better? If that person can't be happy, then what's the point? Even when he is in a sour mood such as those, he focuses more on keeping others around him happy rather than bringing them down, instead of focusing on himself.

Though over all he is a gentle guy, he can be very intimidating and even sometimes very frightening, despite his small size. When he's truly angered, it takes a lot for him to calm down. When he finally does become calm, he often delivers a very long and sincere apology, even going as far as doing extra things for the person he was angry at as a way of making it up to them. This often will last a week or so, especially if the fight was with one of his closer friends This has happened a few times in the past, mostly with Pete, a childhood friend; because they are best friends, fights are expected, however, Declan refuses to accept a simple "I accept your apology" and must do something for him for a while, to calm his own nerves.

The three words that everyone loves to hear are never fake coming from this tom; really, nothing is. If Declan tells someone he loves them, he really does mean it. Those words will never be used if he does not truly love the other person in some way; whether platonic or romantic. One of his friends has been hurt because of fake "I love yous" and ended up disappearing; he never wants that to happen to another person, especially one who likes him - after all, how can someone like a guy like him? He's often brutally honest, but will find a way to phrase his opinions just right so no one is offended - though that often backfires and causes fights.

Younger kids tend to love him - he's not sure why. He does love to play with them, though, as it brings back memories of playing with Krystal, Pete, and the rest of his friends as young kids. He's not only popular among young children, but the young teens, too. They find him to be very interesting in terms of stories and even skills; his singing is often a topic of conversation among them, and often he gets requests to hum tunes to them while they sit about. He happily agrees to, as it's one of his favourite things to do, unless he's feeling down or tired, in which case his favourite thing to do is sleep, of course.

When he's around his friends, he loves to laugh and joke around. Declan is really very funny and kind, and he often doesn't realize it. He always puts himself before others and makes sure everyone is comfortable when around him, as he thinks that he doesn't matter much. It's other people that matter. He wonders why other people always seem happy around him, but really, it's simple; his smile and comforting voice seem to have a soothing affect on others. He's been told by more than one person that when he's around them, they feel at home, almost; something about them makes them feel like everything is okay, even if just for a moment. He often doesn't feel that way, so making others feel that way is very important to him. He thinks that if he can provide happiness, he can find it, so he continues to do good for others, even if they don't do so for him.

Friends and family mean a lot to him - he would never intentionally hurt one for any reason. He feels that they are the reason he's still alive. When he was around a 13 years old, he was having a lot of trouble with suicidal thoughts, especially when he was struggling with his weight, and his friends have always been there to pull him out. They've often helped him out of a tough spot, and helped him make big decisions about his personal life, or even big decisions for the Immortals. He often turns to them even with minor struggles, just so he's making the right choices and a small mistake won't lead to a string of larger ones.

When he hears someone say something problematic, he will point it out and give a list of reasons as to why it's wrong; of course, that doesn't mean he's perfect and makes no mistakes. Occasionally, he may say something he thinks is funny, or thinks is cool, when really, it may be a bit sexist, along with a variety of different things. Let the girls tend to the kids, and you stick to working, like you should! is something he tries to avoid. He loves breaking gender stereotypes, especially because he knows how much his mother struggled with being forced to do things "only a girl should do". He does his best to avoid saying things that may be considered problematic, and makes an effort to better the people around him though teaching them about their problematic ways.

Declan has up-days and down-days; on his down days, whenever some person looks at him, even with a smile on their face, his immediate thought is What did I do wrong?. He's often very self-depreciative, thinking that he isn't that great of a leader, or father, or mate, and a variety of things. He has issues with thinking "perhaps I'm too nice" or "I'm annoying because I hum a lot", and even issues with thinking he's fat. Self-image has always been a struggle for him, since his very earliest kit days. Because of this, he sometimes needs a lot of convincing that he is a nice person to be around and that what he does is appreciated; even then, he won't believe it.

Confidence isn't a strong point; when standing up to someone larger and meaner than him, he stutters and trails off at the end of a sentence. His self-confidence isn't high either; he constantly thinks "Can I do this?", and normally answers himself with a "No, I can't" leading to him not trying as hard as he could. He often fails to meet a goal because of his negative thoughts bringing him down. He's always been a bit afraid of showing himself off and being well known, because who could possibly take a tiny, adorable, plump guy seriously when there's a tall, muscular, slim one right beside him? He hates being seen for his appearance, but he knows it can't be avoided.

When Declan is around people he doesn't know well, he tends to stay quiet until he's spoken to. He's not shy by any means; he just doesn't feel like he's allowed to be a part of the conversation until someone asks him a question or mentions his name. He feels that it'd be intruding to just butt into a conversation uninvited, and he likes to get a feel of how the others react to certain things before he begins to speak. He's very considerate of others feelings and will do his best to allow them to make a move first so they don't feel offended.

Declan often finds himself caught in memories - he daydreams frequently as well. He creates situations in his mind based off of memories; what if something had happened differently? What does that person think of this other person? His thoughts often get him into trouble with other people because he isn't able to pay proper attention to what's going on around him. However, he is able to control this, and knows when it is the appropriate time to dream.

Declan grew up thinking there was something wrong with him- his parents often shouted and got angry at him for throwing things when he got a bit mad - but really, it wasn't his doing! Well, not conscious choice anyway. Declan met a his best friend, Pete, who is a Muggle, when he was about 7; they've been friends ever since. Declan often mails his mum and father telling them to relay messages to Pete; some are as simple and silly as fart sounds (how mature, Declan.). When Declan found out his was a wizard, he wasn't only shocked, but thoroughly disappointed. How could he tell Pete? Could he tell Pete? He wasn't sure. During his first year at Hogwarts, he managed to get the headmaster's permission to tell Pete; his parents already knew, of course.

Around his second year, he began to gain a lot of weight; slowly, lots of self-esteem issues developed, and even suicidal thoughts. He did his best to control them, to make himself feel better, but not a lot worked. He took to wearing baggy clothes and not going out much; he was embarrassed of how he looked. There were two things he was still confident in, though; his voice (he loves to sing), and his magic. He was able to shed the weight before starting his forth year in Hogwarts, and is now much more confident.

Declan stands around 5'4", and weighs in at about 159 pounds. He has beautiful green eyes with blue rims, plump lips, a bit of chub, especially on his torso and thighs, and clear skin. He does needs glasses, but chooses not to wear them sometimes. 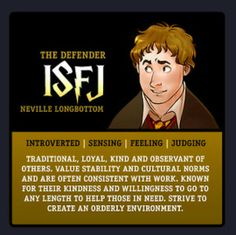 Declan's cat, Penny, has been a very loyal companion all through his Hogwarts years. She's very sympathetic and kind around him, and is very vocal. She often meows loudly when Declan is visibly sad or otherwise upset, and will cuddle up to him. She's also a good mouser; she keeps the Hufflepuff common room mouse free more often than not. Declan's glad to have her around, and counts her as one of his best friends. 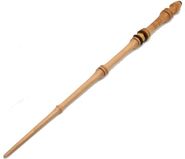 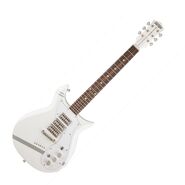 Declan's guitar.
Add a photo to this gallery

— "I really don't care about me. I'm not an interesting story."

Retrieved from "https://dumbledoresarmyroleplay.fandom.com/wiki/Declan_Stump?oldid=1074678"
Community content is available under CC-BY-SA unless otherwise noted.