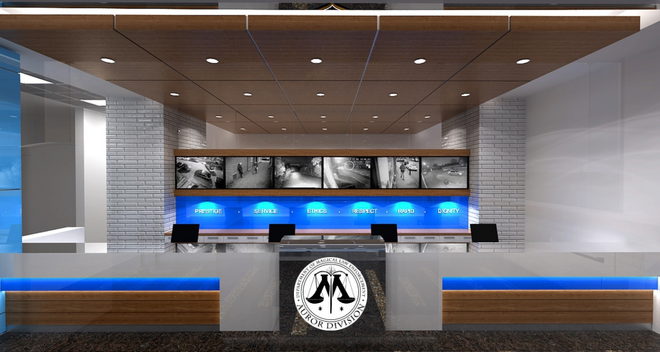 This is where Aurors have their offices, work, train, and sometimes even sleep.
Apply here.
Dark Wix Files
Looking for an auror? Visit the Bullpen! Do not RP on this page.

The Patrol Division is tasked with general law enforcement, much like Muggle beat cop. They are sometimes stationed at strategic places in search of suspects or fugitives. Patrol Officers patrol areas to help prevent crime, are called to crimes in progress, and assist in investigations or other operations as needed. After training, there is a four-month division-specific training period. They must remain in the Patrol Division for one year minimum before deciding to switch to the Hit Division.

The Intelligence Division is tasked with the investigation of crimes and crime scenes and with tracking down suspects and fugitives, especially the more difficult to find ones. The closest Muggle equivalent would be a police detective. Besides investigating crimes and locating the hard-to-find, Intelligence Aurors also do some lower-risk undercover work and stealth operations. After training, there is a four-month division-specific training period. They must remain in the Intelligence Division for one year minimum before deciding to switch to the Hit Division.

The Hit Division is tasked with high-risk operations and arrests. The Hit Division is a team of highly-trained aurors most similar to Muggle SWAT or special operations teams. They also work with high-risk undercover operations, such as dismantling outlaw groups from the inside, as well as hostage situations. The entry requirements include five N.E.W.T.s as well as an extra six months of training after completing their time in Patrol or Intelligence. Members have a personal bed reserved at St. Mungo's Hospital for Magical Maladies and Injuries.

Aurors train for one year and must be 17 at the start date of their training, no exceptions. There is no way to skip any phase of training, and transferring aurors who have not completed training up to British standards will be placed in the appropriate phase. All transferring aurors have a three month integration and training period.

They shadow and work with full-fledged officers per division in an equal period of time.

They lead cases per division, training in each one in-depth and gaining field experience for an equal amount of time in each division. Come the end of their final phase, they choose their division - between Patrol and Intelligence - after a meeting with Head Auror, and then complete the final four months of training in their chosen division. They must remain in their chosen division for a minimum total time of one year before they are eligible to switch to the Hit Division, at which time they will have to complete an additional six months of training. Total time to become a fully-fledged Hit Auror: 2.5 years

This office works in conjunction with the Improper Use of Magic Office to regulate the use of magic on Muggle objects and confiscate those which have been illegally bewitched. One of the laws they enforce is the prohibition on magically altering a Muggle vehicle with the intent to fly it. Aurors will only be assigned here if they are to be stationed here for long periods of time. Aurors looking for permanent assignment here will be transferred to the Improper Use of Magic Office to be an investigator.

Aurors are sometimes stationed at Azkaban prison to guard special prisoners. This is a temporary assignment.

Some of these aurors are on leave until they've healed enough to come back to work. This list includes those out on maternal or paternal leave. Some of these aurors have gone missing - here's to hoping they can be brought home safely. The conditions of their absence will be noted.

Retrieved from "https://dumbledoresarmyroleplay.fandom.com/wiki/Department_of_Magical_Law_Enforcement/Auror_Office?oldid=1114562"
Community content is available under CC-BY-SA unless otherwise noted.