Dorian "The Spider" Webb is a Half-Blood wizard of British-American descent. He is the son of Priscilla Blackburn and Geoff Webb.

Dorian's magic first appeared in the form of violent outbursts. He often got in trouble for hurting other little kids when they made fun of him because they heard their parents referring to his mother by unrepeatable names. Dorian took none of their actions lightly. When kids staggered into him, and bumped into him as they mocked his father by pretending to be drunk they usually hobbled away with fractured bones in their fingers or their toes. The injuries were never able to be connected to Dorian, and he never knew about them. All he knew was that he was delighted to see those same children with their casts on, or even better when he saw them strapped into a boot or being wheeled in chairs. His violent tendencies got a bit worse shortly before his mother, Priscilla, was taken away. Dorian caused another young man to sustain severe eye and brain injuries that will require 24-hour-a-day care for the rest of his life.

His father remarried barely a year later. His second wife was a woman he met while in recovery for his alcoholism. He met Helen Lundgren at an A.A. meeting, Helen brought her daughter, Shannon, into the relationship. Shannon is three years younger than Dorian, after they were married Geoff and Helen had a son, Shannon and Dorian's half-brother, Gordon. He became the glue in the family, Dorian was weary of Helen, and Shannon flat out disliked Geoff. Once Gordon was born they put all their differences aside, focusing all their attention on the baby. Dorian and Shannon were never close, even with Gordon as their common ground their conversations were usually minimal. They were both the only child before their parents married one another, before Gordon was born. It was easier to get used to a baby. Dorian rebelled magically to temporarily sharing a room with his step-sister, the pair were quickly separated.

Dorian was in a better place emotionally with Gordon, Shannon and Helen, in his life. This lead to a better state of mind, because of the abuse his suffered at the hands of his mother he was insecure. He became aggressive, and he lashed out for no reason. Dorian was typically quite which made his erratic behavior so terrifying to people. His father was considering relinquishing his rights until someone, at a liquor store, enlightened him they told him he needed to do right by his son. Geoff had gone in complaining about all the things Dorian has done, and was doing wrong, finally a patron chimed in to ask him what it was his son was doing right. Geoff was either stunned by the question itself or flabbergasted that someone had the gall to get in his face for something he said that had nothing to do with them. When Geoff returned home to Dorian that night he apologized for everything, and he quit drinking the next day.

At age eleven Dorian began attending Ilvermorny School of Witchcraft and Wizardry as he was living in the United States with his father at the time of his acceptance. He was Sorted into Thunderbird which was a disappointment to him because he wanted to be in Horned Serpent or Wampus, his Sorting was still extraordinary because Pukwudgie and Thunderbird both selected him as well.

He found a love of Wandlore early, from the moment his wand chose him in fact. He was barely in the room for fifteen minutes before they all started to jostle. His Holly wand beat a few others to his hand. Needless to say the experience astounded him to no end. He spent the next several years reading obscure, and ancient wizarding textbooks. His interest in Wandlore lead to an interest in Herbology, which started him down the path to an apprenticeship with a Broom-maker. His knowledge of broom making inspired him to try out for a professional quidditch team.

When he graduated from Ilvermorny he started playing quidditch professionally. He began as a reserve Beater for the Sweetwater All-Stars out of Texas, and after three years he transitioned to playing as starting Chaser for the American National Quidditch team out of New England. 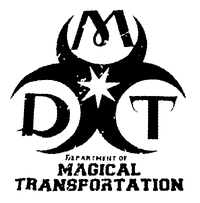 His wand started the chain reaction that became a passion for woodworking that is deeply ingrained in who he is. His natural interest in Wandlore did not develop in the way he wanted despite being abnormally obsessed with it. He is a gifted artist, and an extraordinary quidditch player. He began studying Broomology when he was thirteen years old, and will continue to consider himself a "student" Broomologist for the rest of his natural life. When he voluntarily ended his quidditch career retiring from the sport, and severing his ties with the United States League he began designing brooms for various Broomstick manufacturers. His habitual need to Test-Fly his own brooms striking a chord with a CEO who recommended him to friends within the M.o.M., he became Head of the Department of Magical Transportation for the the main governing body of the magical community of Great Britain (i.e. England, Scotland and Wales) and Ireland in late 2030.

Following a disappoint integration of Saffron and Ambrose in his life, he has to live with the knowledge that he has yet another child he will never get to see grow up; much like his daughter Violet. He had only begun volunteering at hospitals and orphanages once he found out about Violet, when he knew he had a daughter in the world he wanted to be part of her life. He had more experience with boys thanks to being a big brother, Violet's mother Aurora wanted nothing to do with him, she made being a father to his daughter difficult. Greyson's mother Diana at least allowed him to visit with the boy or take him to the park or the movies. He is almost friends with his eldest son, he hoped to have the same relationship with the others, things with their mother did not seem to work out in his favor. He always felt that he and Shannon took care of their brother Gordie as much as any parent did. They did not do the majority of the hard work but they were there when he needed them. With Shannon have guardianship of Gordie he felt alone, he had been visiting a young Pure-Blood girl on the weekends, and during his breaks from work. He is thinking of adopting the little girl.

He is a bit of a complicated mess. His mother used to beat him, and lead everyone to believe the young boy's bad behavior was the cause of his injuries. He acted out because his voice was not being heard, the one person in the world who was supposed to protect was doing the opposite. His father was no help in the situation constantly drunk or worse unconscious. Dorian was left to fend for himself when his mother became violent. His aggressive nature surface early, he has a tendency to become violent, and because he wants to be better he has to stay in control of himself. He tries to channel his anger constructively by distracting himself with various hobbies. His interest in woodworking busied his idle hands, and kept him out of more skirmishes than he can count, he quite possibly owes his life to it. He is quick to come to the defense of anyone he thinks is in need, this includes a number of animals.

Dorian is a perfect human specimen. He is an intimidatingly tall man, with a deceptively lean frame that masks an exceptionally muscular body. He strong both magically, and physically, it shows by the overwhelming confidence lying within his eyes. Dorian has striking features, he has a pale skin complexion, and a thin, slightly off center nose. He has deep set, blue eyes, and naturally dark brown hair. Dorian tends to sport a shaved head, although he can frequently be seen with long, brown, shoulder length straight hair. He prefers to wear masculine, semi-casual muggle clothes, opting to wear jackets and fitted shirts ounder wizard robes. He does have custom dress robes that he only wears for special occasions.

Retrieved from "https://dumbledoresarmyroleplay.fandom.com/wiki/Dorian_Webb?oldid=822763"
Community content is available under CC-BY-SA unless otherwise noted.