Start a Wiki
This character has been requested to be preserved by The Highlands Lady. 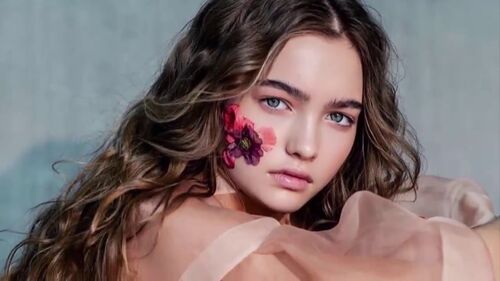 (This Character is Role-played by The Highlands Lady )

Finlay Cledwyn had known Callista Zarikos since he was six years old. They grew up on the same military base, though his parents weren't like hers in anyway. They spent almost every waking moment together, hanging out, wandering the base and city, and basically enjoying themselves. But that enjoyment wouldn't last for long when Calla suddenly moved away, moved away to the UK, leaving the Cledwyns by themselves down in Greece. Finlay was absolutely devastated and threw himself into his schoolwork, but by his fifth year, he was back in the UK, and literally ran into Calla again in the halls. This time, they wouldn't be separated... And Finlay would propose to Calla a few weeks before their graduation, whereupon she would accept the small, but beautiful diamond ring.

They married that autumn, in the same church that Calla's parents got married in, surrounded by their friends and family. Before anyone knew it, they were announcing that they were expecting their first child. However, things ended south for the young couple, and they decided to adopt. They had their eyes fixed on an adorable japanese girl, that they called Lillian Rose after the adoption papers became finalized. Both parents worked until the adoption was finalized, whereupon Calla decided to become a stay-at-home mother to her daughter. Finlay would continue to work and watch the other kids on the base. Six years passed in the blink of an eye. Finlay was accepted and graduated from Norland College as an official "manny", or male nanny, and applied for the open position of nanny to the magical royal family.

During his stringet application/training period, Calla found out that she was pregnant yet again, this time with a boy, who they named Tristan in honor of their school friend, Tristan Eliades when he was born. Despite the new arrival, Finlay was hired on as the Royal Nanny, whereupon he has worked to this day. He was the main caretaker for the newest arrival, the young daughter of Prince George and Princess Theodora, Princess Quinn Alexandra Victoria, and his relationship with the Royals only grew from there. Six more years passed in what seemed to be in a blink of an eye, and Calla was pregnant yet again. Quinn had grown into an energetic six-year-old, while Lillian began attending Hogwarts and Tristan was at home with Calla.

On August 12, 2024, Elizabeth Callista was born. She was the youngest, and would be the last of the Cledwyn children. Barely a month after she was born, she contracted meningitis. Luckily recovering due to her father's quick reaction to getting her to the hospital, she continued to grow up fairly quickly. From the first moment of her life, she was spending time with the Royals and other children close to her own age, all under her father's watchful eye. Turning four this August, Elizabeth, or Betty as everyone calls her, is looking forward to a few things, which includes her magic manifesting, Tristan going off to Hogwarts, and getting closer to Quinn and her other cousins. And yet, things continued to come as a more of a surprise, such as an interest in mathematics and chemistry and engineering. Her parents indulged her interest, and watched as she grew up.

When she was eight, her magic first appeared. It was quite a bit later than it was for her siblings, or even the royal family, but she didn't let that stop her. Her first sign happened when she was getting terrified by a prank that Tristan was pulling on her, dropping a spider on her head. She freaked out, and turned his blonde hair a neon pink in her frustration with his pranks. Her dad was laughing his arse off, watching as Calla tried to change her son's hair back to normal, but the magic would finally fade when Elizabeth calmed down after the scare. She has been looking forwards to her Hogwarts letter since she was young, and now, this august, her letter should finally be coming. She is hoping to go into Ravenclaw.

Once a high-energy bundle of joy and smiles everywhere and to everyone, she had experienced a certain incident that smashed her into a small, walled-up ball that she never knew she could experience. Elizabeth is always conscious of what others think and their behaviors towards her impact her own everyday behaviors. People have compared her to like a chameleon, able to change her behaviors with how people expect of her.

Elizabeth's most distinctive characterstic is the fact that she always has a notebook or textbook present in her hands. Usually the textbook's a no-magical textbook, covering various topics depending on her mood that day. Reading is her happiness, the one thing that helps keep her going throughout the chaos of her life. She can read an astonishing five-hundred words per minute, and can comphrend most of what she reads. Elizabeth is a quite unique young woman, and loves reading and learning new things.

When you first meet her, Elizabeth is incredibly quiet and speaks in short sentences, usually accompanied by a stutter. She's shy, like to an extreme, and gets even more quiet around new large groups of people. Her responses are delivered in an unemotional tone, seemingly showing that she's uninterested, when it is the farthest thing from the truth. People say that Elizabeth comes across as intimidating at times, what with her eyes a sharp grey and her sharp tongue, ready to lash out at anyone who wrongs her with an icy tone of voice.

Elizabeth is creative, like it's surprising how much so. She is particularly able to piece things together, even if said things don't have anything in common. It's quite amusing to hear her muttering as she works in her workspace, usually cursing in a variety of languages out of frustration. She has managed to work with her savant syndrome that she developed from her bout of illness back when she was a baby, turning it to her complete advantage in any situation she's placed in. 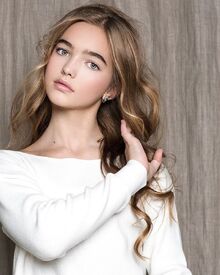 Taking after both of her parents with her dirty blonde hair, probably contributed to Calla's Grecian genetics, and her father's grey eyes, Elizabeth is a stunning girl in her own right. She always has a skirt or dress on, even during the school day, with her robes over whatever she's wearing that day. Her hair is usually tied back into a low ponytail with a ribbon, or braided back, it varies. She also has a pencil slid behind her ear most days, and always carries a bag full of books and notebooks with her at all times in case inspiration strikes. Her model is Anastasia Bezrukova.

Mathematics:
Upon developing savant syndrome from a bout with meningtis when she was a baby, Elizabeth has found an intense love for math and science. She is incredibly skilled at a variety of math problems, including calculus and algebra, able to figure things out without much effort on her part.


Engineering/Science:
Also contributed to her savant syndrome, she is skilled in both engineering and science-related topics. She has a small shed in her family's backyard for all of her experiments, and is currently diving into robotics while she waits to enter Hogwarts.

Retrieved from "https://dumbledoresarmyroleplay.fandom.com/wiki/Elizabeth_Cledwyn?oldid=1055721"
Community content is available under CC-BY-SA unless otherwise noted.