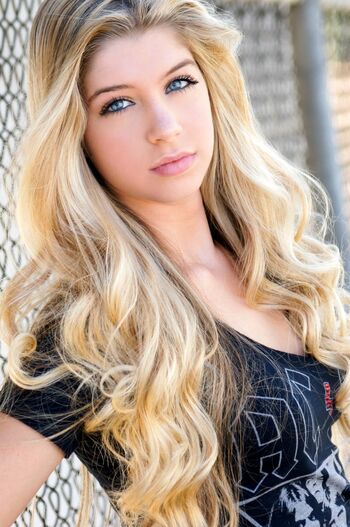 Elizabeth Grace Magic is a human wizard, who recently graduated from Hogwarts at the age of 17. She was sorted into Gryffindor right behind her brother, Noah Magic. Her parents raised her to see both the muggle and magical side of the world as her mother was a muggle, yet her father was a pure-blood wizard. Her father was a star Quidditch Chaser when he was a Gryffindor at Hogwarts as well.
Elizabeth was the Female Gryffindor Prefect, and the captain of the Quidditch team during her final years of Hogwarts. She has been playing chaser on the team since her first year. She has always looked up to her brother, but feels she is following to much in his footsteps. She is looking for something that can be just her thing. She is currently the Junior Assistant to the Minister of Magic, Estella Tyrrell. 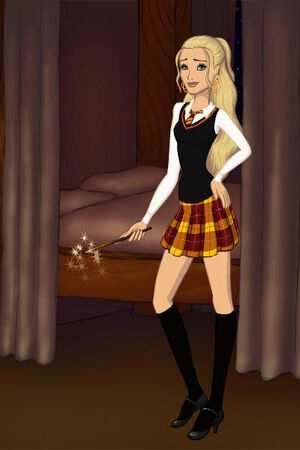 Born to a pure-blood father and a muggle mother, Elizabeth had an exceptional childhood. Her older brother by 5 years, was her playmate and best-friend. Her family lives in the English countryside, in Lancashire, England, on a cliff along the edge of the water. 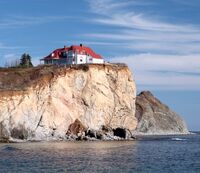 Almost 47 years before Elizabeth was even thought of, seven-year old Walter Elliot Magic, a pure-blood wizard, started to attend muggle school in a small town of Lancashire, England. On his very first day of school, he met a muggle girl, Amy Dawn Moore. The two became very close friends and did almost everything together, that is until Walter had to leave the school to attend Hogwarts. The tried to stay in touch over the years but were never as close. Amy left the small town upon graduation to attend a nursing school and Walter went on to become a notable Oblviator through the Ministry. The two reconnected through summer visits to their home town and were married by the time they were 23. 2 years later the couple was blessed with their first son, Noah and in 5 years time would be honoured with their first daughter, Elizabeth.
Elizabeth has been a daddy's girl since the day she was born. As a child she always wanted to play with his wand or catch his attention. She was still close with her mother but Elizabeth always worked a little harder to impress her father. Elizabeth's magical powers were clear by the time she was 5. Her brother was preparing to attend Hogwarts and she felt her parents were focusing a little to much on him, not enough on her. She got so mad, she was able to break multiple vases by sending them flying across the room. That got her parent's attention all right! When she was old enough, she started attending a muggle private school right behind her brother, as her mother was insistent they learn a bit about muggles. Elizabeth loved school. She joined every club or group she could, from choir to art club. She also took horse-back riding lessons on the weekend. At the mere age of 8, Walter allowed Elizabeth to try riding his old Quidditch broomstick. Elizabeth loved it. She flew everyday she could from that point on. At age 11, Elizabeth was sad to leave her muggle school and childhood friends but was excited that now she could learn more about the magical world.

Elizabeth was nervous for her first year. She did well in flying and was picked for the Gryffindor Quidditch team as a Chaser. They won the Quidditch Cup and in the end won the House Cup. In DAtDA, she was embarressed in front of the class by a group of Slytherins. She had never liked Slytherins before, but this incident gave her a more personal dislike. In her second year, in DAtDA, Elizabeth was laughed at by the Slytherins when her boggart appeared as a snake, which was presumed to represent Slytherin (more than likely because of the incident in first year). This gave Elizabeth motivation to get back at them, and she studied extra hard to be one of the top students in Defense Against the Dark Arts. Unfortunalety, the quidditch team lost in the finals against Slytherin(of all teams), which caused them to lose the house cup to them as well. By her third year Elizabeth became Co-Captain of the Gryffindor Quidditch Team and in her fourth she was selected as Champion for the Gryffindor House in the Tri-wizard Tournement. She was really nervous about the tournament but was really excited for the thrill of adventure. Elizabeth did well in the first tasks, avoiding eliminaton. She had Lily Smith teach her a few valuable spells for the next task, but due to the political tension prior to the War of Duxterra, the tournament was cancelled before she could try them. This was the only major impact the war had on Elizabeth, though she new her brother fought in some of the battles later on.
Elizabeth's OWLs went okay but she could have done much better. She got a passing OWL in every course she was enrolled in, but doubts she will continue them all. She was a top student in Muggle Studies during her younger years, yet for some reason she didn't take it at the NEWT level. In her sixth year, Elizabeth's focus still wasn't one grade with the majority majority of her time spent on Quidditch. They won the Quidditch cup again and Elizabeth was also chosen as a prefect. During her seventh a final year, Elizabeth's main struggle was deciding what to do with her life. She would love to be a Professional Quidditch Player, but doesn't feel like that is realistic enough and let that dream go. She has also considered the Depertment of Law Enforcement but doesn't want to fall under the shadow of her brother in the Ministry.

After graduating, Elizabeth still did not know what she wanted to purse. She bought an apartment in Diagon Alley and applied for a job in the Ministry. She was assigned as the personal assistant to Estella Tyrrell, the Head of Law Enforcement. Elizabeth hoped this would help her decide if she wants to be an auror or not, but no luck. Elizabeth is continuing to work for Estella as the Junior Assistant to the Minister of Magic.

Though Elizabeth doesn't know what career she wants to pursue, she knows exactly what she wants out of life; the perfect family. Elizabeth wants the family out of the story books. She wants to be married to the perfect husband, have lots of kids, live in a big house in the country, and been seen as successful. She wants people to recognize what she has achieved. Her worst fear is having someone see her as failure, making her wonder if her boggart has changed (as she hasn't combat one since 2nd year).

"Success is the result of perfection, hard work, learning from failure, loyalty, and persistence." -Colin Powell

Elizabeth isn't very tall for her age, at about 5'4. She has long, bright, blonde hair paired with round blue eyes. Her hair is usually worn down and is naturally thick and curly. She has a leen build, but does have muscle in her arms and legs from Quidditch. She has a heart-shaped face with a clear complexion, and ivory skin. Elizabeth's clothing style is preppy and girly. She enjoys sundresses with colourful patterns. Elizabeth also loves shoes. Her closet is full of them. She wants her shoes to be fun, with patterns or colours, and always makes sure they match her outfit. Elizabeth only has her ears pierced (just once) and wears natural looking make-up (no bright colours, etc.).
Elizabeth has been told she looks like her mother as well as her maternal grandmother. It is also easy to tell she is the younger sister of Noah Magic. The whole family shares the same blonde hair and blue eyes.

Elizabeth is very confident. She loves to be center of attention and can be a perfecionist. She is willing to take risks, and is very brave. She is generous and friendly and loves to meet new people.
Elizabeth's biggest downfall is that she lack motivation. She needs something to inspire her to even do the little things. She procrastinates, or gives up when she isn't doing it well enough.

It is said you can tell a lot about a person by their handwriting. Elizabeth's writing (as you can see at the top of the page), is fairly large and messy. She rounds her letters and generally connects them together. She occasionally writes slightly slanted to the right. Her messy letters indicate that she is secretive, as it is sometimes hard to read. Her round letters show she is a logical person, who is slightly a perfectionist, always wanting to get things right the first time. Her artistic talent and creativity are shown by the way she connects her letters. The slant to her letters shows she is open and honest and the large letters shows that she loves to be the center of attention.

Elizabeth is very talented in speaking. She can learn languages very easily, when she has the motivation to. Currently, she is fluent in English, French, Italian and Spanish. (Probably because most of them are very close to English). She can also speak limited Russian and German (just enough to get by in a quick conversation or to say she doesn't understand).

Elizabeth has an excellent memory. She can easily remember facts and theories. She is also very good at remembering names and matching them to faces, which comes in handy as she loves meeting new people.

Another of Elizabeth's talents would be Quidditch. She knows the rules inside and out, can name famous players from any team, knows all the top strategies and is able to play an excellent game on the pitch. This natural Quidditch talent lead her to be picked as the Gryffindor Captain for multiple terms. 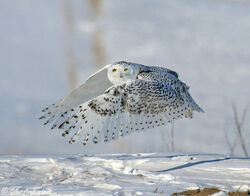 A white snowy owl soaring in the sky with piercing blue eyes? That would be Mauri, Elizabeth's owl. Mauri is a bundle of energy and has developed a deep bond with her owner.


DeeDee is Elizabeth's new puppy! She is a one year old, 29 pound, German Shepard with quite the back story. To say that the beginning of her life was rough is an understatement.
DeeDee was living in a retention pond behind a school in a rural muggle city. She had 3 other feral dogs with her but she was the only baby. Folks noticed the foursome living there but they were not easy to round up. School kids were beginning to taunt and throw rocks at the dogs so somehow they all were captured. Another rescue group contacted us about DeeDee, and we knew we could help her.
In the beginning, DeeDee was terrified of people. Dogs were the only companions she knew. She even shied away from dog food, choosing instead to eat dirt she found in the cracks of the driveway. Lots of calm, positive energy was needed to bring DeeDee out of her shell. But within just a month she has become a happy, playful member of the pack. She is great with other dogs.
Elizabeth hopes to create a tight bond with DeeDee. She loves to take DeeDee on her morning run and probably overfeeds her treats! She is currently working on training. 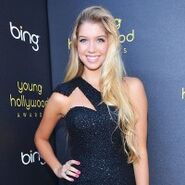 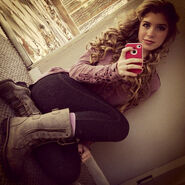 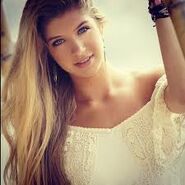 Add a photo to this gallery
This Character Has Left Hogwarts

This character has graduated Hogwarts and has journeyed on into the World of Wizarding. You may see them around, but they are no longer a student in Hogwarts School of Witchcraft and Wizardry.
Retrieved from "https://dumbledoresarmyroleplay.fandom.com/wiki/Elizabeth_Magic?oldid=963988"
Community content is available under CC-BY-SA unless otherwise noted.