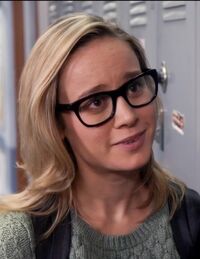 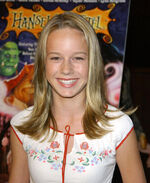 It was at Ilvermorny that Duncan Davidson met his future wife. She was a British girl, not used to American ways. One boy decided he was going to make fun of her for it. Well, Duncan was about to have any of that. He socked the boy in the jaw. The bully left the girl alone, and Duncan decided he would show her around. The pair hit it off really well, and that's when Duncan learned her name. Jeannie Clark. It didn't take long for the pair to start dating. They were in fifth year at the time, and they stayed together for the next two and a half years at Ilvermorny. On their graduation day, Duncan proposed. Jeannie accepted and just like Duncan's parents the two were married within three months. Once Duncan turned 18, he decided to join the US Army like his father and grandfather before him. Duncan applied to join the US Rangers and was accepted into Ranger School. Upon his graduation from Ranger School, Duncan was sent out on his first deployment, leaving Jeannie behind.

Emilie was named and born while Duncan was deployed overseas. She's a year younger than her older brother Harley. The situation with her dad had a big affect on her life. For the first years of her life she only has vague memories of him...then he was gone again until she was six. He was around for a while longer and she got to know him a little bit, though he was often at work...then left again when she was eight, finally returning to live with his injury when she was 9. Over the next couple years, her mother worked extra hard to be able to afford the medical bills and to get her father a prosthetic leg.

With her dad often gone for medical treatments and rehab and her mom working to raise money...Emilie had to step up and help with some of the things her mom had managed, like housework and sometimes even meals. She helped raise Rayne almost as much as her parents as she was only three when this all began. As such she has a closer bond with Rayne than Clara or Harley. Harley wasn't really there to help since he'd already gotten his letter and was at Ilvermorny. So...she did her best to help her family out until she got her letter to go to Ilvermorny and found herself whisked away to school, and away from her family. She was quickly accepted by Wampus like her dad. Over the summers when she came home, she could tell her dad was getting better physically and mentally...though she knew that in some ways he'd probably never recover.

Her family has continued on like this until recently when her mother made a rather odd decision to uproot their family and move to England. Emilie has mixed feelings about this, leaving her friends from school and going elsewhere. It especially bothered her moving Clara when she was finally getting settled at Ilvermorny. Clara had never quite found her place there, but was starting to accept it just as this decision came. She could see how much it upset her, and hated seeing the relationship between Clara and her dad strained even more. She doesn't know much about Hogwarts, and worries that Rayne will end up worse off at this new place.

Emilie tends to be idealistic, dedicated and curious. She'd motivated by her strong code of right and wrong, and her intense feelings. She truly cares about the people she lets into her life...which make it hurt all the more when they let her down or try to reject what she values. Still, anyone she's let get close to her she's extremely loyal to, even if she will tell them she disagrees with what they're doing. She wants to make the world a better place for the people she loves and that live there. She naturally is a bit flexible and laid back, unless her values, causes, or people she cares about are threatened, in which case she gets very aggressive.

She has good relationships with most of her family. With her parents she often tries to continue to help how she can. Her mom loves her help and doing useful things together. Her personality and temperament are very similar to her mother's...though she's never had quite the temper streak her mother does. Her dad...she worries about. She tries to help make life more comfortable for him, knowing he sacrificed a lot...including closer relationships with his family, to serve a greater purpose he thought was right. Of all her siblings she's the least close to Harley. He never seemed to really want to stand up and help, and as she constantly saw that example from her dad, her brother not following it bugged her. She knows how he acts when their parents are around, and how he acts when they're not. She's seen that he's a bully at heart, and has taken it upon herself to try to protect her younger sisters from that. She'd tell their parents...but they'd never believe it and what would be the point anyway. IF he wants to make stupid decisions that hurt himself...fine, but she's not going to let him hurt the rest of the family. Clara is the one who's relationship is always in flux with. One day they'll get along great and everything will be fine, and the next they can't see eye to eye on anything. Clara's more flexible morals and Emilie's strong moral values sometimes clash and cause issues, but when there isn't some moral battle between them, they get along rather well. Emilie has a soft spot for Rayne given how young she was when their parents got busy with their lives, and how much she was involved in raising her when she was three. She knows Rayne isn't perfect and sometimes has temper issues, but loves her all the same.

She was raised by her military father to be neat, tidy, and practical, and thus tends towards practical clothes and accessories, and keeping a together, if simple look. She has blonde hair which she keeps straight and usually up in a tight military bun and out of her way, though on rare social occasion she might let it down straight. She has dark brown eyes, and is a bit taller than average, being 5'7". She has a slim build, unlike her mother. She keeps good (almost rigid) posture, and it's much more common to see a frown or scowl on her face than a smile. Her face claim is Brie Larson.

*Emilie means: "To Strive Or Excel Or Rival"

*Athena after the Greek goddess of wisdom and warfare.

*Her MBTI is: INFJ
Retrieved from "https://dumbledoresarmyroleplay.fandom.com/wiki/Emilie_Davidson?oldid=1075719"
Community content is available under CC-BY-SA unless otherwise noted.