This character has been requested to be preserved by Yugimuto1.

Emily De Moller was born to Adolf de Moller (Danish Minister at the time) and Anita Olesen de Moller on June 5, 2000. Coincidentaly, June 5 is the Danish National Constituion Day. She was brought up in the de Moller household, and she was also brought up as to hate muggles. However, she did not hate half-bloods. She lived in Aarhus, in Denmark, for 11 years, until she got the letter from Hogwarts School of Witchcraft and Wizardry. She of course accepted and is now currently attending Hogwarts. Her parents were very proud of her, however they were worried that she will begin to like Muggles. She is in her Sixth Year. 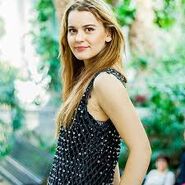 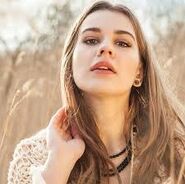 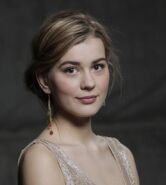 Add a photo to this gallery
Retrieved from "https://dumbledoresarmyroleplay.fandom.com/wiki/Emily_de_Moller?oldid=1073892"
Community content is available under CC-BY-SA unless otherwise noted.