Enzo Allegri is a Pure-Blood wizard of Italian descent. He is the son of Santino and Emilia Allegri.

Enzo wanted to be born Vincenzo or Lorenzo, something or anything with a few extra syllables to it. For as long as he can remember he thought that the shortness of his name in comparison to that of his siblings meant his parents loved him the least. He was bitterly jealous of the long names all his siblings have. Until he was about nine he often switched between Lorenzo and Vincenzo when writing his own name. He prefers Enzo these days. His dyslexia made writing all those letters a chore considering he would often mix a few of them up spelling Lonrezo or Vinzenco. After those hilarious mishaps he finally began to feel like Enzo fit him, or so he says. He never got a cute little nickname, not that he wanted one. Enzo means winner and he most definitely identifies with that. He is the third oldest child in his immediate family, which also makes him the second youngest boy in the Allegri clan. Prince Enzo thought he was a little bit lucky in comparison to his elder brother, although his idea of luck might just be something he has come to see from his perspective. He falls in the birth order with a elder twin, a best friend from birth. His fraternal twin sister Mesalina, sometimes known as "piccola pesca" or little peach. Of course he was jealous of her having a long name, and a nickname too, with her though, it did not bother him nearly as much.

Enzo and Mesalina did not always get along as fabulously as they may or may not appear to as they increase in age. He is annoying, and they both get bored easily. It should come as a surprise that he did not lead them to their deaths some sixty million times in the past. During their early youth Enzo had expectations from his compagno di grembo (womb-mate). Not what he got. He thought having her around would mean something different. He thought Mesalina would be more like another brother, like Michelangelo. Mesalina is not Michelangelo and she never will be. He did finally learn that, and it took an aggravatingly long amount of time for him to come to terms with it. As compensation for Mesalina not being his back up brother Enzo subconsciously invented Mercury. Mercury is the brother Michelangelo and Mesalina were supposed to be when they were not busy being themselves. He was great until Saturn came along, out of nowhere. When they became I quattro cavalieri (The Four Horsemen) they were inseparable. Enzo became too attached to Mercury, and never did anything without him. He needed to pretend Mercury did not exist after a while, unless he was with Saturn and Lina. He was beginning to get strange looks that made him feel weird inside. He did not like those feelings, and to make them go away he sometimes ignored Mercury.

He was somewhat rambunctious as a kid, he would almost never do what he was told to do unless he was told more than once. This is less true if he is within earshot of Lina. There is a single word, that pretty much only she can say with the correct intonation, to make him almost docile, nearly a different person. His mother comes in a close second, his father needs no words. He is a boy, and he can sometimes get into things that he does not know will lead to trouble until he is far too deep into it to ever get out with his hands clean. He is not careless, he is curious. When Lina is around she can make him knock off all his craziness, sometimes, and rarely is she not able to get through to him. His first sign of magic happened around the time he was seven years old. Enzo was bored, something that happens fairly often with him as he has the attention span of a fruit fly. He recklessly chucked quills at the ceiling instead of practicing his cursive. A few of the quills had stuck like darts, and that pleased him greatly. When they suddenly started to come falling back toward him he managed to make a few of them stop, and hover for a few mesmerizing minutes until one he was not paying attention to nicked his arm. It was the highlight of his year.

He was quite the charmer, back at Beauxbâtons, exactly what he saw himself to be even before he could whisper in the perfect French accent, and make the local girls swoon. Enzo reached a point of emotional devastation, and he was messed up in the head for a couple of months in those earlier years. He was masking a lot of pain by being a bigger stronzo, and showing off in dangerous, but idiotically 'cool' ways to impress people. There was not much that could make him feel better with the exception of attention however he needed to get or earn it. The only thing that marginally eased the hurt he continues to feel in a lasting way was to be with his family, with his brother, his sister, and most importantly his womb-mate. After his imaginary twin brother Mercury passed because of something stupid he wanted to do when he was bored he was lost to the world. He never thought anyone was going join him, not Lina, not Saturn, never once did he think Mercury would, he was all talk. His womb-mate tried to do the thing that only she can ever truly do effectively, she pulled on his choke chain. She said the safe word; his family nickname, Piuma, it did not work. And it always works.

He heard her, he acknowledged her with one of his dumb smirks right before he chose to ignore her. He lied to her about it, being the crap liar he is, she knew. Those stupid choices he made that one day stomped all over his relationship with Lina.

For the first time, at least that he can remember, she stopped talking to him. Without her he felt like he had nothing, and he was no one. It broke his heart when Lina stopped talking to him because of his actions, it was like he just kept on losing. He had to keep telling himself vincitori non perdere (Winners don't miss) that whole time just to survive what he was already going through without her. It was agony, misery not having his womb-mate, or anyone truly understand the way he was feeling back then. Piuma, the petty thief, and baby hooligan joined forces with his siblings. Instead of being caught breaking rules as who they are, the Allegri clan, and facing the wrath of their father. They got together with some of their classmates, and friends and they became 'senza volto', they dubbed themselves I pazzi or The Crazies. There were only two rules, and both were the same. Never talk about The Crazies.

The name of their little gang became accurate for one of the middle children in the Allegri clan. Enzo suffers from (undiagnosed) "delusional perceptions", he has Schizophrenia, and a Delusional disorder. His imaginary brothers Mercury and Saturn were as REAL to him as Lina, Mac, Gab or his parents. The problem is that he knows they were fiction, that he and Lina made them up for fun. When they "died" he died with them. Which is why his relationship with Lina prior to said event is much stronger than when they were children.

During his final year at Hogwarts along side his crush; Elena Sommers, who was made Head Girl, Enzo became her counterpart. He was made Head Boy. He only applied because he knew she did. He knew that if things worked out the way he wanted that the two of them would get to spend even more time with one another. More than they already do during school with their tag team exploration of Hogwarts and Hogsmeade respectively. He never expected the choice to be made in his favor, not that he would admit that to anyone. Once a winner, always a winner.

He loves to throw compliments at people whether they are deserved or not. He is not being a kiss-@$$, maybe he is a little bit. What he is doing without a doubt is fishing, he wants to get compliments right back. He counts on reciprocation because he knows the quickest way to receive is to give selflessly. He considers himself charming, because he can speak Italian. He considers himself sociable because some people happen to like talking to him. He thinks of himself in a certain way, and his mind cannot be changed. Do not ever for a second think wasting time trying to tell him otherwise is worth it. He is not going to listen, and even if it seems like facts did sink in. Give it about five minutes, maybe more maybe less. He will be right back to his usual self.

Enzo takes a lot of pride in his appearance, he is good-looking, and it runs in the family. Thanks to having two gorgeous parents he was not going to be an ugly ducky. This progeny praises genetics, and narcissism. Despite having a twin Enzo takes after his father while Mesalina seems to takes after their mother. He has dark brown hair that sometimes looks like it has blonde streaks. His eyes are hazel, but change color, naturally. They sometimes appear blue when he wears light colors or if he is looked at from the proper angle. He has a light pale pink complexion, and his messy, wild hair tends to make him seem more edgy than he might actually be. Something he has come to enjoy about himself. 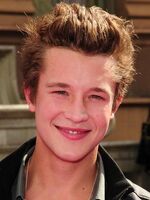 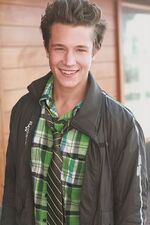 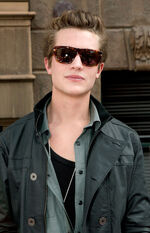 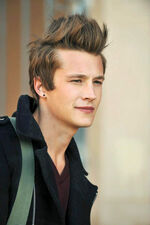 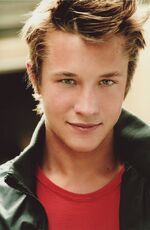 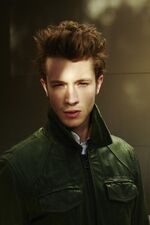 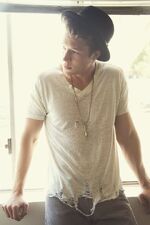 Retrieved from "https://dumbledoresarmyroleplay.fandom.com/wiki/Enzo_Allegri?oldid=964190"
Community content is available under CC-BY-SA unless otherwise noted.