Eric Lysander Selwyn was born March 17, 2012 to Demetrius and Isadora Selwyn. Being part of the Sacred Twenty-Eight families afforded Eric, and his siblings (an older brother, older sister, and younger brother), some unique privileges growing up. Eric never had to question the existence of magic in his lifetime. His first signs of magic occurred around the age of six, nothing notable, and nothing unexpected. He grew up in the life that a pure-blooded kid might expect-- learning fancy sports, learning what all those forks at the dinner table do, and in general learning to believe he was better than other families, simply because his father was a Selwyn (and it didn't hurt that his mother had been an Abbott).

When Eric was at school, he was sorted into Ravenclaw, for his quick wit and natural ability to learn. He picked things up quickly, and his wandwork was excellent. He didn't care to spend too much time with his nose in a book, like the rest of his classmates, but his grades came easy, and he never struggled too much in school.

While Eric himself never played Quidditch, he was often friends with those who did, and considered himself rather popular. He tried to convince himself that it wasn't because his family could afford to throw lavish parties over the summer for his friends... and that it was because of his personality, and ease with people. He wanted to believe that his friends were his friends because of who he was... not his last name. But it was a question that plagued him throughout his years at Hogwarts.

The one thing Eric never did figure out during his years at school was what he wanted to do after school. His parents would love nothing more than for him (and his siblings, who have thus far fallen in line) to come back and manage the family money, and participate in the lovely pure-blood lifestyle... but that's never been Eric's goal. Since he didn't have any other plans, and wanted to travel, he convinced his parents to pay for his ventures following graduation, feeding them the story that he was trying to see how far their name stretched, and come up with strategies to make it more well-known. He returned after almost two and a half years of travel with nothing more than a few half-baked ideas, and his parents predictable disapproval. While he hasn't been cut out of the family money, or disowned by any means, he's clearly on his way to becoming the black sheep of the family.

This was all before he was kidnapped. See, Eric was truly beginning to splinter away from the family. He'd met a beautiful woman, Melinda Bagman, who he nearly about to propose to. He had his own apartment, and was looking into entry level positions in the Ministry. Afraid they'd lose their son forever, and unable to deal with that, Eric was stolen away by them in the middle of the night and taken to a Selwyn stronghold in the Swiss Alps. There, Eric lost his mind, and many of his memories, while enduring torture in the name of "bringing back their son." It was Melinda who found him, and rescued him. The question remains... how much of Eric Selwyn is really left?

Prior to being kidnapped Eric was a fun-loving, charming, life-of-the-party guy who flew by the seat of his pants, and the depths of his parents wallet. Ambition wasn't anything that came easily to him, though it was something he was actively working on.

Since his rescue, Eric is very different. He's skeptical of everyone, and trusts nearly no one. It would be easy to compare him to a skittish, scared animal. He keeps his head down and his face focused. Starting over, with nothing isn't something he knows how to do, and whether or not he has the mental fortitude is the next big question. 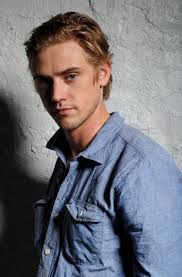 Eric isn't quite tall... but can't be described as short, either. He has a very clean look about him-- he typically has his hair slicked back, and is normally clean shaven, or has just a bit of well-kept facial hair. (Some aspects of his proper up-bringing didn't go away). He dresses well. His eyes are captivating, and he smiles easily, bringing people in. His face claim is Boyd Holbrook.

*Eric means "ever or eternal ruler."