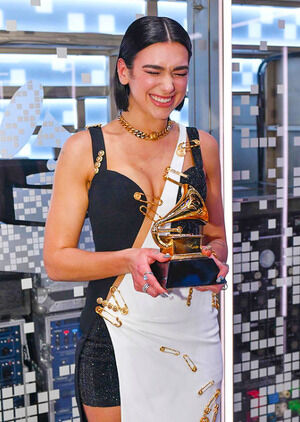 ⋇⋆✦⋆⋇
have you ever thrown a fist full of glitter in the air?

Esme had always wanted to exude an aura — one that would indicate that she was a young, liberated, and free person. At first glance, this might actually seem the case — and in some aspects, she actually is — but for the most part, Esme is, figuratively and literally, carrying more than her own weight. Thanks to her shit parents, Esme had to learn how to take responsibility at a very young age, having had to essentially raise her younger half-brother on her own because of the neglect of their mother. Esme's childhood was basically her getting exposed to the harsh realities of the world, and for a child, it wasn't a very pretty picture. One positive thing that came out of it though is her irrevocable bond with her younger brother — whom she loves very deeply — as well as her keen sense of responsibility, which is actually a very useful and commendable trait, especially now that she's the legal guardian of her brother, entailing that she has to work extra hard in order to provide for them both.

Despite this, Esme still manages to find a lot of time for self-help and self-care. She likes to dress herself up and could actually be quite vain, but only because she likes to make herself presentable and look good for other people. One might ask how she's still able to do this despite her very hectic schedule. Well, she has her excellent time management skills to thank for — which might actually be a byproduct of her harsh childhood, but hey, she's not complaining, especially since it resulted into something useful anyways.

Esme is very much aesthetically inclined, and has an eye for good visuals — skills that come in very handy in her job as a professional photographer. Aside from this, she is also good with words and poetry, which is partly how she developed her love for songwriting, and eventually, singing. On a more personal note, Esme has identified herself as a lesbian since she was seventeen, and has had several girlfriends since. She is single now, though, and ready to mingle.

⋇⋆✦⋆⋇
have you ever looked fear in the face and said I just don't care?

Thalía Ferreira-Dias has never been suited for motherhood, and she had admitted this to herself several times. So, the fact that she still went on and birthed — not one, but two — children anyways, blew her mind. The first one was Esmeralda, and her father was a drug pusher that Thalía worked with in her younger days, Edilberto Vasquez. The day after she told him she was pregnant, he completely disappeared and was never heard from again. Thalía didn't mind much, he had poor hygiene anyways, but still, she was alone with a baby in her belly — she knew that life wasn't going to be easy from that point on.

Against all odds, Thalía gave birth to a healthy baby Esmeralda, and she did this by marrying a young, rich, muggle bachelor, Julio Iglesias, and used his money to get her through her pregnancy. Thalía herself had magical blood in her veins, but she was a squib, and she had given up magic in exchange for the voluptuous muggle life a long time ago. That's how she ended up as a drug pusher in the first place, because she really didn't have any useful skill sets when she "transitioned" into the muggle world, aside from her good looks, perhaps, which is also essentially how she managed to snag a young, rich guy like Julio.

Thalía and Julio were very much in love during the first stages of their relationship — Julio didn't even care that Thalía already had Esmeralda — and they were both spendy, like, they would always buy gifts for each other, and go on honeymoons and travel to far off places all the time. Since none of them was good with managing finances, they eventually exhausted all of Julio's savings and trust fund money, and essentially plunged into poverty. Life became harder, and the intensity, passion and love they once had for each other slowly dissipated. But not before having a baby — Julio's first, and Thalía's second one — and they called this one Emilio, or Milo for short.

Their financial predicament put a rather large strain on their relationship as a family. Thalía became more neglectful than she already was, having to work long shifts in order to support their spendy lifestyle and Julio was the same. Essentially, Esmeralda had to put her big girl pants on prematurely and was the one who was around Milo the most during his childhood. Esmeralda matured really fast for her age, and she developed a very strong, almost unbreakable bond with her younger half-brother. When she turned ten, she, unlike her mother, finally had her first sign of magic by managing to repair a mug that was shattered on the floor by Milo. She was taken by surprise and told her mom immediately. Thalía told her about their true heritage, but made her promise to not tell Julio cause he wouldn't understand. A year later, Esmeralda got her letter from Beauxbatons and she happily enrolled — a bit hesitant to leave Milo alone for most of the year, but she decided that it was going to be for the better good anyways. Thalía told Julio that Esmeralda got a full scholarship in a boarding school in France, and he never questioned it.

As for Milo, it did not take long for him to develop his magic as well. Similar to Esme, he had his first sign when he was ten — he made the tv accidentally explode because there were too many commercials — and got a letter a year after. He entered his first year at Beauxbatons when Esmeralda was on her sixth, and he was so excited about it. Despite being mostly ignored at home, things were finally starting to look up for him. But of course, it didn't last for too long. When Milo turned sixteen, and Esme, twenty-two (she's been working as a photographer ever since she graduated from school) shit went down at home. Thalía discovered that Julio has been having an affair with a younger, richer woman, and he decided to actually run away with her. Milo was rightfully upset, but Thalía moreso. She was unconsolable, and something in her really changed that day. She became alcoholic, and she returned to using drugs, and for Milo — it was really hard to witness all of that at home.

When Esme found out, she knew that it was finally time to leave her home (that wasn't really a home) and build a new one elsewhere. It's not like Thalía would care — and that's right, she doesn't — and she knew the only hard part was going to be telling Milo that she was leaving. Only it turned out that it wasn't really going to be that hard, because Milo wanted to leave with her too, and she agreed. And so, the siblings moved away from home, filed the paperwork necessary to make Esme's legal guardianship over Milo valid, and moved to the United Kingdom in search of new and better opportunities.

Retrieved from "https://dumbledoresarmyroleplay.fandom.com/wiki/Esmeralda_Ferreira-Dias?oldid=1067390"
Community content is available under CC-BY-SA unless otherwise noted.