Estella was born on October 4, 1972 in Essex to Eveleen and Amos Frost. She has one sister,Kelia, and one brother, Calixtus. She attended Hogwarts and was sorted in to Ravenclaw when she was eleven. She maintained very good grades, becoming one of the top students in her year. In her fifth year, Estella became the female Ravenclaw prefect and Head Girl in her seventh.Once out of school, she met a wizard, named Thadeus, who was a few years older than she was. They ended up dating for a few years. They eventually got married. They later had two kids,Juliana and Emilee. They all now attend hogwarts. Her husband,Thadeus, was murdered while he was hunting a dark wizard, while working as an Auror. After losing Thadeus,she decided to do anything she could to bring criminals to justice. She worked her way up from an assistant to the Head of the International Magical Office of Law. While at work,Estella became close to one of her coworkers,Silas Tyrrell. They became great friends and stayed that way for almost 10 years. Once Thadeus died, and Silas's wife died,they grew even closer, spending more and more time together. They eventually started dating and Silas proposed in an ice cream shop. They were recently married and now reside in Frost Manor

Estella attended Hogwarts in 1983. She was sorted into Ravenclaw. In her first few years, she showed why she was in Ravenclaw. She always had her nose in a book trying to get ahead in lessons. She was always the one to answer all of the teachers questions. When she got I to her fifth year,she was made the female Ravenclaw prefect. This was where she met her future husband,Thaddeus Stanton. He was the male prefect so they ended up spending a lot of time together. Estella did well on her OWLs, getting some pf the highest scores in her year. In her seventh year,she was made Head Girl. She graduated Hogwarts after scoring well on her NEWTs.

Estella didn't start her career until a few years after graduating. Her first job was in Flourish and Blotts. There, she gained her first interest in Law and Government. She would read every book on Wizarding Law and Government the store had whenever she had a chance.After this,she applied to the Ministry. She worked as the assistant to the Head of the Department of Magical Law Enforcement for many years. She then worked her way up to the Head of the International Magical Office of Law. She has worked there for over 5 years, working closely with the Minister himself and also the Wizengamot. Shortly after Minister Faris took office,she was asked to become a member of the Wizengamot. She has held that position for a couple years, sending many WHPS members to Azkaban. She led Britain to the end of the Duxterran war as the temporary Minister for Magic after Einar Faris' death. She lost the reelection to Brandon Smith. She was made the Head of the Department of Magical Law Enforcement after he loss. After Brandon resigned as Minister, Estella decided to run for Minister, one last time. She ended up in a very close race with Jade Knight, but pulled through in the end and won the election. She served as Minister for Magic for several years until contracting a rare disease, which left her very weak. Felling she couldnt do her best as Minister, she decided to resign,, and was suceeded by Draco Rookwood.

Estella is a brave and powerful witch. She graduated with very high exam scores. She has also helped her husband in stopping many bad wizards. If a battle were to happen, she would be on the front lines, fighting to protect what is right, and to protect those she loves. She is fair and will bring justice to those who deserve it. She is very protective of her family. If anyone tries to harm her children, beware of what will come from Estella. Estella is very hard working and will not stop until a job is done and will succeed in everything she does. 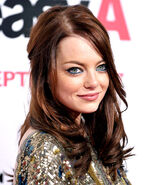 Estella's daughter, Juliana
Add a photo to this gallery

Estella is a tall and slim witch. She  has blonde hair and blue eyes. She is generally dressed in a professional manner.

1 of 6
Add photo
Retrieved from "https://dumbledoresarmyroleplay.fandom.com/wiki/Estella_Tyrrell?oldid=982515"
Community content is available under CC-BY-SA unless otherwise noted.