01
This is an official policy of the Dumbledore's Army Role-Play Wiki and should be followed thoroughly. 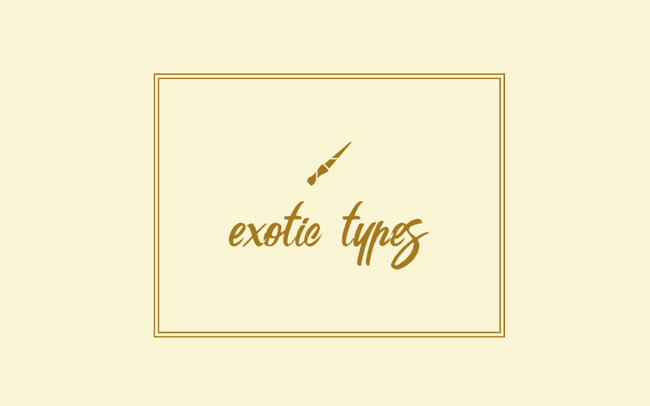 Veelas are humanoid creatures who are known for their beauty and seductiveness.

Full blooded Veela are not allowed.

Also known as a lycanthrope, these are humans who transform into a wolf every full moon. Though muggles can be made into a werewolf, they are more likelier to die from a werewolf bite whilst a wizard is more likely to survive and become a werewolf themselves. Werewolves have often been described as the pariah's of wizarding society and has had a difficult history in wizarding society.

Leprechauns are mischievous creatures, though they are not malicious, and are more known for being pranksters than anything else. They are native only to Ireland (both North Ireland and the Republic), thus any character must be Irish. Furthermore, only half leprechauns are allowed in the wiki.

Vampires are creatures of the living dead who are sustained through drinking blood of humans. Dhampir refers to offspring of vampires and a human (also wizards and witches). Abilities

Note: These are a suggestion and more so to be taken into consideration when making your character.

No Full Banshees are allowed.

For a full list of powers, please go here.

These two types of magic are interwoven with one another but have different purposes.

Legilimency is the power to enter someone's mind at will. Unlike clairvoyancy, though, a legilimen is more focussed on mind reading and are more powerful with their abilities. Their abilities are as follows:

There are two types of legilimens:

In both methods, a legilimen has to make eye contact with the other person to enter their mind, which means they cannot enter more than one mind at a time, regardless of what type.

Especially for natural borns, characters with legilimency are highly monitored by the administration team to make sure that they are not overpowered or metagaming of any sort. If a member deems a response OP then you will be asked to modify it. If, afterwards, your responses and character are still deemed OP and you fail too comply then your character will be placed under lockdown for a set amount of time. After that, then you could be asked to resort the character without legilimency. This is handled by C&L and all concerns should be directed towards them. If a character has been deemed too OP by C&L but you wish to contest this, then it will be discussed by the entirety of the admin team.

Many people in the wizarding world view legilimency as an invasion of privacy and it is not a form of magic that is encouraged by either Hogwarts or the ministry. Hogwarts does not teach legilimency too students so if you wish your character to learn legilimency then they will need to find a realistic outside source too learn.

Please note that your legilimen can only read thoughts that has been written out by the other user in the roleplay. Anything more than that must have the explicit permission from the user. For example: if the user Jane Smith wrote in her response that her character John Smith was in love with Pocahontas then your legilimen would be able to know without needing permission. However, if your legilimen wanted to dig deeper into John Smith's mind to find out he had killed his brother then you would need Jane Smith's permission for this to happen.

This extend to all other powers of a legilimen. Your legilimen cannot give a character visions without the user's explicit permission, something you might need to provide evidence for if an Admin member asks for it.

Please note, that C&L requires you to tell us whether your character is a natural or taught legilimen in the forum under question five as well as in their history.

The opposite of this is occlumency. Occlumency is the taught ability of learning how to block a legilimen. It is a defensive type of magic that allows a magical user to build walls in order to prevent their mind from being read and delved into. An occlumen can also pick and choose what a legilimen can and cannot see. An occlumen can also resist the influence of the truth serum, known as Veritaserum.

See more on legilimency here. Though, please note it does not discuss natural legilimen. It might be useful to research the character Queenie Goldstein for further information.

Parsel Tongue is the language of snakes. People with Parsel tongue are able to communicate and understand these animals and it is an exclusive hereditary ability. Most, if not all, Parsel Tongues originate from Salazar Slytherin.

When speaking parsel tongue, the speaker sounds as if they are hissing, similar to a snake, and cannot be comprehended by those around them. Without practise, a speaker has to have a snake or a painting or carving of a snake to trigger this language but with practise then they can eventually begin to speak it at will. However, speaking it at will is incredibly difficult to master.

For more information, please read this and this.

Being an animagus is a taught ability that is taught to students during their third year in transfiguration. What this power entails is the ability for a witch or wizard to be able to transform into an animal at will. They can only transform into one animal, though, and the animal, whilst an ooc decision, not an ic decision. The age requirement for any animagi are fourteen years old (not fourth year).

For pre-made characters, you have to roleplay the training to becoming an animagi which can be done in Hogwarts. This process is long and difficult and can result in disastrous results if done incorrectly. New characters can simply insert this into their history and can skip the actual roleplay. However, that only applies to six years and above and those who attended Uagadou. For those in their fourth or fifth year then they are required to roleplay the training. If you believe another exception could be made then please contact the head of C&L.

There are two variations of animagus:

All animagi are required to sign up to the registry organised by the ministry. However, there are some who opt out of this and risk the consequences. For those that do sign up, they are required to disclose what animal they are and what marks they have. If your character is caught, then the punishment is decided by the auror department but it is said you could face a sentence in Azkaban.

Clairvoyance, whilst not found in the JKR universe, are wizards who can perceive things, events in the future or anything beyond normal sensory contact. It is split into three categories:

Please note that your character can only specialize in one of these areas of clairvoyance and we ask that you clarify which of those categories your clairvoyant falls under in your forum clearly. This wiki does attempt to be realistic and make sure characters aren't OP, so only one type is allowed. Furthermore, especially with Clairaudience, the thoughts have to be roleplayed by the other person to be read in order to avoid metagaming.

Like legilimency, clairvoyance is also heavily monitored and you might be asked to modify your response if a member of the team finds your character too OP.

For more information please go here (ignore the first section of the blog).

Being a metamorphmagus is a hereditary condition that allows people to change their appearance at will without the help of polyjuice potion or any other type of magic. Unlike animagi, Metamorphmagus cannot take the form of animals and can only change their appearance to match a human, such as changing hair colour or changing their sex. This is not a trained ability and it is unlikely that your character receives any training for this.

Seers are people who have the ability to see into the future. They can predict prophecies, which is then recorded and stored in the Hall of Prophecy in the Ministry of Magic's Department of Mysteries. They have little control over this power and often the prophecies are given given without their consent. These prophecies, or visions, can come to them both consciously or subconsciously. In a dream, however, it is found to be more accurate and in detail than when they are awake.

They are highly proficient at divination, often without trying. Their interpretations are often more correct than their counterparts. After years of practise, a seer can try to control their powers. Such as being able to have a vision about a certain event. However, this requires a high amount of concentration. It is easier to predict smaller events than large events. For the latter, the visions become vague and could be interpreted in multiple ways.

Once a prophecy has been told to the world, then it is often highly impossible to change the prophecy that has been given.

Though not a magical creation and is found in the muggle world as well, photographic memory is still counted as an exotic. It is the ability to be able to remember information or visual details in great detail, even exact detail. This gives a wizard/witch an easier time with learning different types of magic. For example, they can remember a large amount of spells compared to other wizards and witches and are more proficient in potions as they have an easier time in remembering the ingredients.

It is dependable on the character on how their photographic memory is well. Some might only have it to a smaller degree whilst others have it higher.