Faith Margaret Bagman is the third born in the Bagman family, putting her right in the middle. She's sort of a quintessential middle child- she feels left out a lot. She often looked up to Charity, but was frustrated when Charity seemed to dote on Melinda more often than her. With Thomas and Mark growing up together, being the boys, Faith is easily the most independent of all her siblings. This independence caused some... incidents. She wandered away from home when she was seven, and that's where her first signs of magic occurred-- miles from home, though fortunately, not in the sight of any Muggles. She managed to cause an entire fence to set on fire.She didn't tell her parents when she came home, understanding what had happened, she didn't think she needed to explain it to anyone. She tried to replicate it in her own backyard one day, and her father caught her, and explained she would need to wait until Hogwarts before attempting that again.

Faith was Sorted into Slytherin, despite all of her peers assuming she would've been more correctly placed among Ravenclaw. Faith didn't much care where she was; the introverted bookworm read through the pages of her textbook faster than her classmates would ever care to. She was well-versed in theory, and spellwork came easily to her. In her second year, Faith made friends with Jaina Nordskov, who changed Faith's life forever. In third year, Jaina's powers inadvertently sent Hogwarts into a deep freeze. Recklessly loyal to her friend, Faith risked life and limb to save Jaina from the Aurors. The next year, frustrated that a new classmate was seemingly about to best her in everything, Faith was given the opportunity to take on two years at once, which she immediately accepted. Faith completed both her fourth year, and OWL years at the same time, and continued on, ahead of her peers, in sixth year.

It was also in her fourth year that Faith discovered Occlumency. Working with her brother-in-law, also the Herbology teacher, she began to learn the basics of the complicated mind magic, determined to begin researching how employing it might help develop a technique for throwing off the Imperius Curse.

To keep her grounded from flying too high were her friends Elle Dane, and her boyfriend, Oscar Mortley. When Oscar moved to America with his family, Faith was left crushed, and unable to figure out how to navigate the emotions of a breakup. Eventually, she decided to throw dating in the bin for good, instead choosing to focus on her career.

Following graduation, Faith secured her dream job-- working in the Brain Room for the Department of Mysteries. She works closely with Karith Black as she learns the deeper ins and outs of her own mind, while trying to come up with a way to throw off the curse. In the meantime, she also moved into an apartment with Elle. After a few close calls, Faith became aware that while there were techniques to perhaps overcome the Imperius Curse, nothing would truly stop it in its tracks. Stuck without a project, she was approached by a parent from Hogwarts to pursue a kind of magical psychology. Faith would be paired up with a student at Hogwarts who needed help with some kind of mental block, or trauma, and use Occulumency to help them figure out how to work through the problem.

While her career path seemed to have evened out, Faith met Dakota Willard. She had nearly every guard up after Oscar, but found herself falling for him, perhaps more than she'd like to admit-- even to him. At a dinner where it seemed like Dakota was ready to call it quits, Faith admitted that she loved him, even if it scared her. Eventually Dakota proposed at the River Thames, and on July 5, 2031 they were married. Faith pondered for quite awhile on whether or not to change her last name, and ultimately did so.

Thomas might think he's independent, but he doesn't hold a candle to Faith. She doesn't make friends very easily, which is fine, because in the end she depends on herself, and herself alone. She certainly likes the company of people, though she never lets anyone get too close. Because her sister is so nurturing and caring, people tend to think that Faith will be the same way, but she's not, really. That's not to say that she doesn't care about people, she just shows it differently... or has issues showing it altogether. Due to the fact that her other siblings paired off, she always felt left out, and therefore protects herself from others leaving her. She has great difficulty reading people's emotions; the fact that Charity was always good at this drove her crazy. She always desired to be included in Charity and Melinda's close relationship, but her fierce independence usually conflicts with Charity's mothering nature, and that's driven a wedge between them. 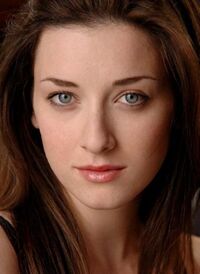 Faith looks a little like Charity, but where Charity has caring brown eyes, Faith has bright, bold, blue eyes, and Charity smiles much easier than Faith does (Faith smiles, it just takes a little longer). Her face claim is Margo Harshman.

*Faith: means "Faith" which means "Complete trust or confidence in someone or something

*Margaret: means "Child of the light"

*Her Myers-Briggs letters are INTP-- a rather unusual type for women.

*Even though she was a Slytherin, she is terrified of snakes.

*Despite her complete lack of desire to learn how to fly... Faith found a mentor of sorts in her Flying professor.

Retrieved from "https://dumbledoresarmyroleplay.fandom.com/wiki/Faith_Willard?oldid=1063062"
Community content is available under CC-BY-SA unless otherwise noted.