Start a Wiki
this template belongs to red
FELIX ADAIR 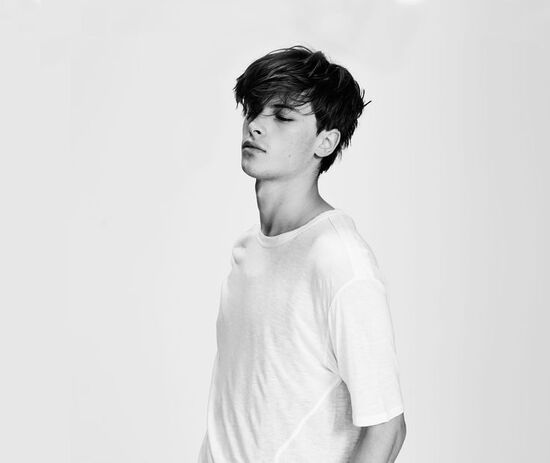 APPEARANCE
Felix always looks very proper and very sure of himself. His head is always held high, so it always looks like he's looking down on whatever he's doing or whoever he's talking to. His posture is always straight, his hair is always fixed. There is normally a blank expression on his face, which turns into a polite smile as he talks to someone he wants to make a good impression on. His clothes are always impeccable and neat. 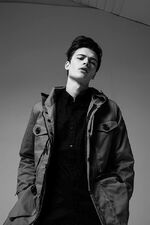 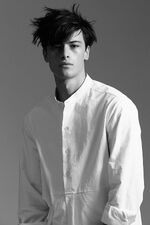 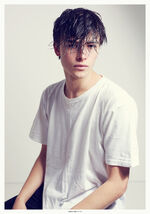 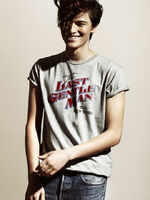 HISTORY
Felix was born to a Swiss mother and English father, the result of an arranged marriage to keep the bloodline pure. Lucky for the couple, their firstborn was a boy, Arthur, followed a couple years later by Felix. After Felix were Phyllis and Peter, the twins, and then no more. This is the Adair family and they aren't like many others. Sometimes Felix felt his parents cared more about power and standing than they did about him. At first this bothered him, but gradually he began to realize that all they did was for him, so that he would be successful and well-off, just like they are now. As the years passed, Felix gained a better understanding of the world. Simply put, it was this: his family and everything it stands for are right. Everything that goes against his family and their beliefs are wrong and must be corrected. He went on frequent trips with his family and the more he learned about the outside world, the more he felt the need to fix it. He can fix anything, after all.

Felix's first sign of magic came rather late. It happened just before he turned eleven, and he and the rest of his family were terrified that he would end up a squib. As his birthday grew nearer and nearer, Felix grew more and more anxious until finally he snapped and had a nervous breakdown on the matter. Also feeling very frustrated at the lack of magic and annoyed at the tantrum, his father hit him across the face hard, and Felix's nose started bleeding. Felix was able to heal it instantly just by moving it back into place, and he was able to remove all the blood with just the wave of his hand. Thank Merlin father had hit him or else he wouldn't know what he'd have done to himself. Mother and father, it seemed to him, always knew what they were doing.

One by one the children would be sent to Hogwarts, depending on how their parents assessed that the beliefs they've been instilling in them since they were young set in place. Ironically, Peter got to go before he did, even though it was obvious that Felix took these lessons to heart the most. It was merely Felix's decision, actually, in the end, that prevented him from going. He did not want to leave home and was skeptical of Hogwarts as a school when they would accept half-breeds and beings as educators and students. Felix believed the tutors his parents had hired for him were already top class and he didn't need to go to some boarding school to widen his horizons.

And then, one day, it hit him. What if he could fix Hogwarts? It definitely would be quite the challenge but Felix was always up for one. He decided to leave for Hogwarts when Phyllis did, being sorted into Slytherin. Starting his fifth year, Felix is very optimistic about how this year will turn our. Surely, he will make plenty of allies, and as for enemies? Growing up in a family like his, he has learned that those sorts of people can always be easily dealt with.
TRIVIA 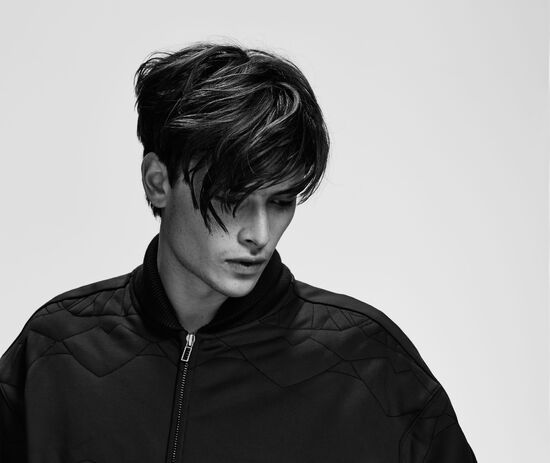 *His family motto is "Primus, Ultima, In Aeturnum".
*He is closest to Arthur, out of all siblings.
*He has a secret desire to travel the world when he's older but feels obligated to stay at home.
*His favorite subject is History of Magic.
*Felix doesn't know how to do lots of basic tasks like cooking or how to sew a button on.
*He likes people almost instantly if they exhibit good manners. Even if their views don't align with his, it'll be more bearable.
*He hates cities and prefers the countryside.
TRAITS
Felix was raised to be the epitome of a good kid, and his parents semi-succeeded. Yes, Felix is the perfect kid in his parents' eyes. However, there are some... flaws that have to do with the people who raised him.

People seem to always want bad news before good news, so here's how it all went wrong. Felix is extremely prejudiced towards beings, and rather blood supremacist to top it all off. He doesn't care for fighting (verbally or physically) because that would be bad manners, but he does seem to gravitate towards people with blood as pure as his. While he won't stop being friends in entirety with non-pure-bloods, and he doesn't actively talk about this prejudice he has, it tends to slip out every once in a while in casual conversation. It's best to just avoid controversial topics with him altogether. Beings such as werewolves and vampires also make him anxious and personally, he doesn't believe they should be attending the school, but he has to respect rules and regulations set in place and trust that they will keep him safe.

Aside from that, Felix is exceptionally polite and well-mannered. He's articulate when it comes to his words and very proper. He's easily scandalized by various things and doesn't think it's right to do things like curse or act provocatively. He hates starting fights and the only way you'd see him jinx someone is if it were part of a proper wizard's duel. Felix seems like a doormat to most people, easily stepped on, but it's suprising to see him when he's had enough.

He's very big on honor and bringing honor to his family. God forbid he be a disappointment. He's also very protective of his siblings, fitting into the role of big brother perfectly. Always level-headed, despite being rather brainwashed by his parents into a certain way of thinking, it id good for people to go to him if they want to calm down (unless they disagree with his viewpoints). Felix is meddlesome and believes he can fix any problem and is very, very adamant about that even if the person confronting the problem claims they have it under control or wants to see it from their own perspective.

He's very, very old-fashioned, and years of such upbringing telling him that the world is in black and white will not be so easily remedied. What is right is right. What is wrong is wrong. There is no in between.
POSSESSIONS
Wand: Elm, Dragon Heartstring, 10 inches. The unfounded belief that only pure-bloods can produce magic from elm wands was undoubtedly started by some elm wand owner seeking to prove his own blood credentials. There are many Muggle-borns who do, in point of fact, own an Elm wand. Elm are known for their low risk magic and are the ones which produce the fewest accidents. In the right hands, they are capable of highly advanced magic. 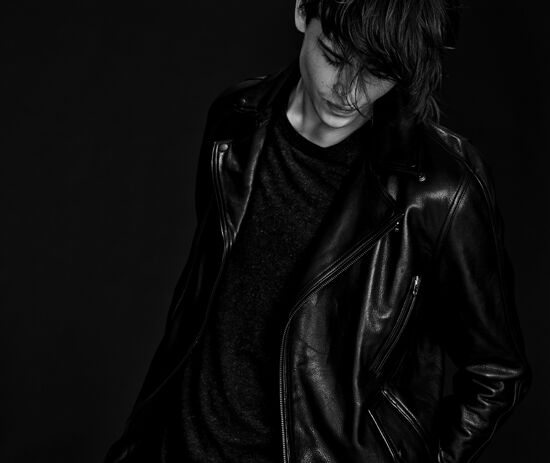 Retrieved from "https://dumbledoresarmyroleplay.fandom.com/wiki/Felix_Adair?oldid=1073897"
Community content is available under CC-BY-SA unless otherwise noted.